He said false statements about him laughing at Kim Leadbeater as she was harassed also derailed his campaign. 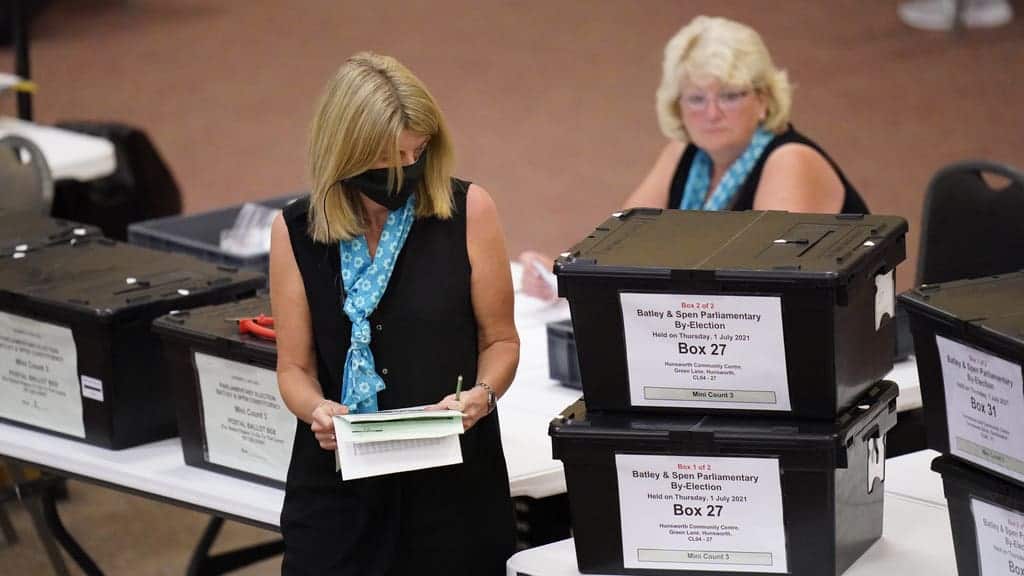 George Galloway has pledged to take court action to challenge the Batley and Spen by-election result after he failed to prevent a Labour win.

The victory will ease the pressure on Sir Keir Starmer, who was fiercely targetted by Galloway and had faced questions about his leadership after the loss of Hartlepool in a by-election in May, and will boost morale within Labour.

Galloway came third in the by-election, picking up 8.264 votes.

Following the count he said that his campaign had been derailed by a false claim made about him and that he would be going to court to try to get the result overturned.

He said it was claimed that he had stood laughing on the other side of the road when Labour’s Kim Leadbeater was harassed outside a mosque.

But in fact he was on the same side of the road, 100 yards away, and not laughing, he said. He continued:

“Yet this false statement, which I believe turned the tide in the election, was very damaging to us, was completely false, and again, deliberately so.”

Galloway also claimed he had been “multiply defamed” to the point where he would no longer talk to the mainstream media. He said:

“The whole election campaign was dominated by lazy and false tropes about our campaign, about the thousands of people that voted for us, about their motives for doing so, in a way which defamed them as much as it defamed me.

“So on multiple grounds we will apply to the courts for this election result to be set aside.”

It is very rare for an election result to be turned aside by the courts. But in his statement Galloway cited the case of Phil Woolas as an example how this was possible.

Woolas was re-elected as Labour MP for Oldham East and Saddleworth in 2010, but a court subsequently overturned the result after it ruled he had lied about his Lib Dem opponent.

The former Labour MP speaks after witnessing the count, during which Kim Leadbeater was declared victorious.