“The vote to leave the EU was the result of the Remainers’ appalling campaign", Guy Hands said. 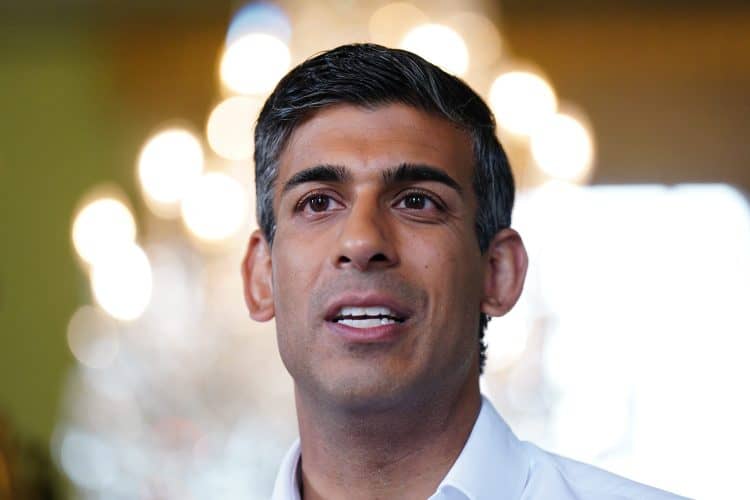 Speaking to the I, he said he would consider backing the party again if the PM renegotiated Britain’s trade deal with the European Union.

It comes as it was revealed that the UK’s first major free trade agreement signed after Brexit has resulted in exports falling since it came into force.

Liz Truss signed a “historic” deal with Japan as trade secretary in October 2020, describing it as a “landmark moment for Britain”.

It was claimed it would boost trade by billions of pounds and help the UK recover from the pandemic.

However, figures collated by the Department for International Trade show exports to Japan fell from £12.3 billion to £11.9 billion in the year to June 2022.

“I’m delighted to support the party that is putting Britain’s long-term future health above party politics,” he said. “A good deal with Europe will not solve all problems, but it would be a good start.”

He added that an agreement similar to the EU’s with Switzerland or Norway, which would allow for smooth trade and free movement for British and European citizens across the trading bloc, would bring significant benefits to British trade.

“We remain in control of most of our legal, social and foreign policy decisions while having a bilateral trade deal with Europe and preferential visitor rights when traveling in Europe.”

Hands acknowledged Sunak would face major challenges in convincing his party to accept closer ties with the EU, but also pointed to recent polls showing a majority of voters now regret Brexit.

“The vote on Brexit should finally solve the Europe problem in the Tory party,” he said. “Unfortunately, [David] Cameron had expected a different outcome, one which the majority of the British public now regrets.