The poll suggests that Biden’s lead is a result of his ability to attract swing voters and those who didn't vote in 2016. 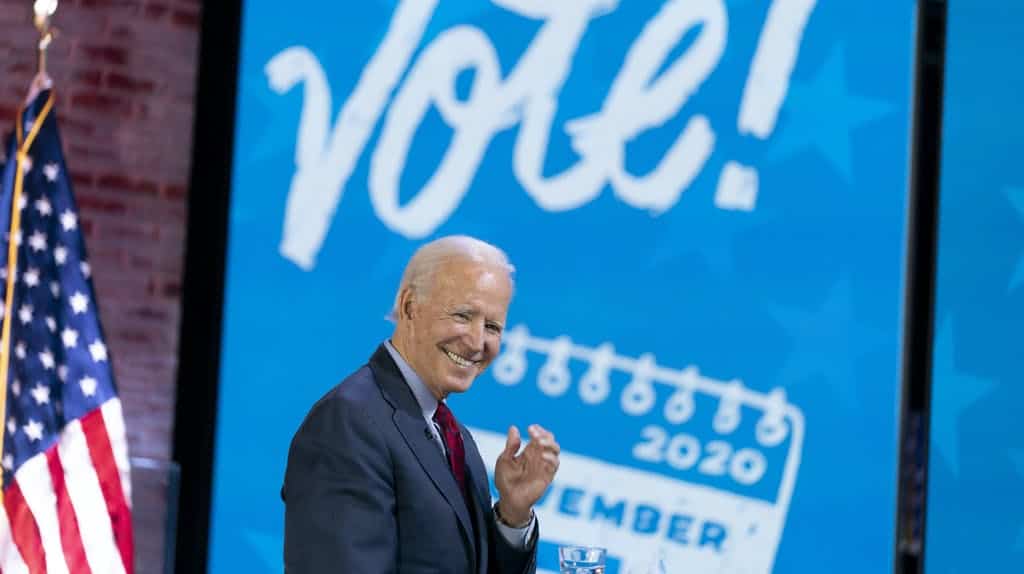 Joe Biden has taken a decisive 14 point lead in Opinium’s final national poll of the 2020 election.

The Democrat is on track to win 55 per cent of the popular vote leaving Donald Trump with just 41 per cent.

The poll suggests that Biden’s lead is a result of his ability to attract swing voters (those who consider themselves in the political ‘middle’ and don’t identify as Republicans or Democrats) as well as some of those who didn’t vote in 2016.

A smaller percentage (10 per cent) who voted for Trump in 2016 have switched their vote to support Biden this year. However, Trump has proved himself among some 2016 Democratic voters, with 5 per cent of those who voted for Hilary Clinton in 2016 planning to vote for the Republican candidate this time around.

Positioned as a critical and polarised election, there are fewer undecided voters in 2020 than in 2016. Only 2 per cent of voters are undecided three days before the election and only 2 per cent of the electorate intend to vote for third party candidates.

Minority voters are pulling for the Democratic ticket by similar margins as in 2016. Both parties have focused on attracting the Black vote, given the importance of the Black electorate to swing states such as Georgia, Texas and North Carolina. According to Opinium, almost nine in ten (88 per cent) Black voters intend to vote for Biden, in line with how exit polls suggested Hillary Clinton performed among Black voters in 2016.

According to the poll, Latinx voters make up 16 per cent of likely voters in 2020 and are expected to play a key role in swing states Florida and Arizona. Biden retains 68 per cent of the national Latinx vote while Trump takes 28 per cent.

Many Biden votes have already been cast

On election day, however, Trump will perform better. He has a 24-point lead among in person voters (60 per cent vs 36 per cent).

Known as the Covid-19 election, healthcare is a top priority for voters – 44 per cent think it is the most important issue. This is followed by the economy (36 per cent) and unemployment/jobs (27 per cent).

Voters are split on which candidate would handle the economy best – each candidate receives 40 per cent of the vote. Biden wins narrowly on unemployment/jobs (42 per cent vs 39 per cent) but – crucially – his lead is bigger on healthcare (46 per cent vs 33 per cent), the most important issue for the public.

Opinium’s head of political research, Adam Drummond commented: “Donald Trump heads towards election day in the weakest position of any incumbent president since 1992. Democratic nominee Joe Biden leads the president by a double-digit margin in the popular vote with a stronger approval rating and is more trusted on most of the key issues.

“President Trump’s strongest card remains the economy on which he is tied with Joe Biden on 40 per cent each. But not only does Biden lead on other elements of the economy such as unemployment/jobs, but voters put ‘healthcare’ above the economy when asked about the most important issues. In particular the handling of the Coronavirus pandemic has taken its toll on the Trump presidency, and prompted voters to look for alternative leadership in a crisis.”