Joe Biden officially entered the crowded field of Democrats running for the party’s 2020 Presidential Election nomination last Thursday. Biden’s announcement brought the grand total of Democratic hopefuls to 21, one for every grammatical error in President Trump’s latest Twitter tirade. But the former Vice President is not just another drop in the overflowing Democratic […] 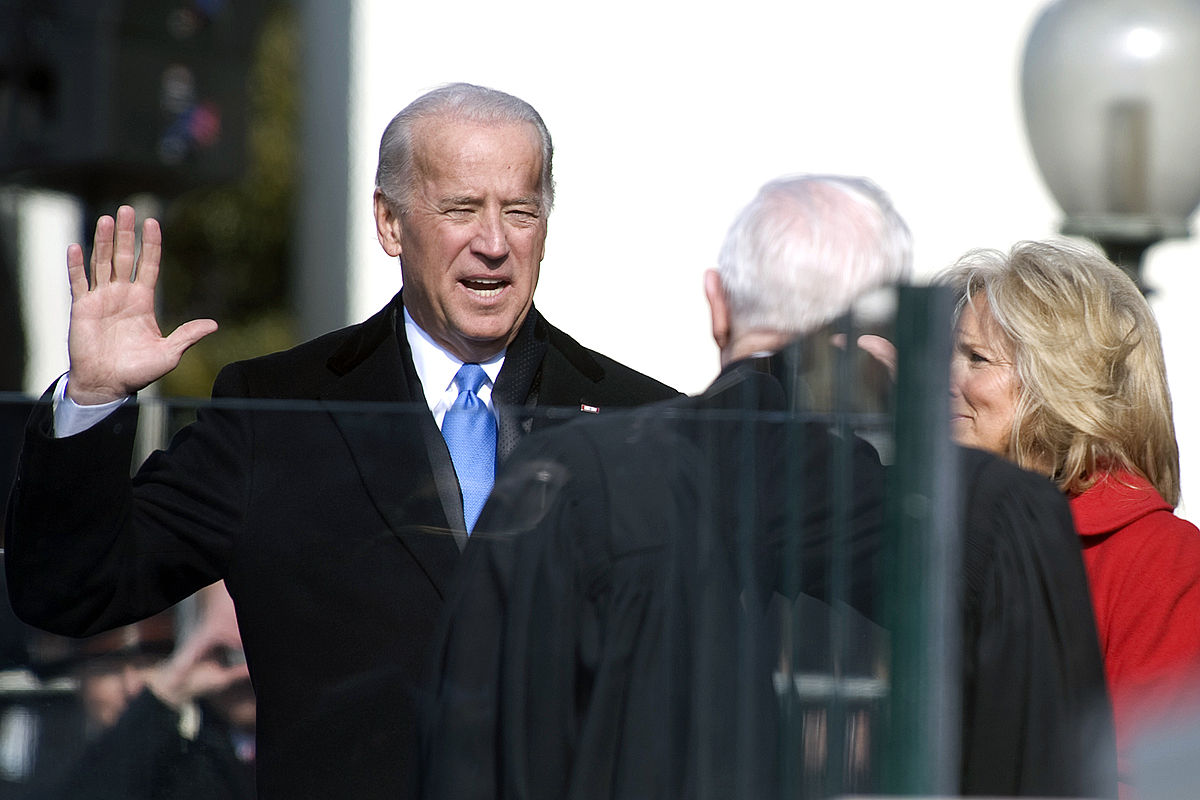 Biden’s announcement brought the grand total of Democratic hopefuls to 21, one for every grammatical error in President Trump’s latest Twitter tirade.

But the former Vice President is not just another drop in the overflowing Democratic chalice. President Obama’s right-hand man immediately shot to the top of the polls. In a poll by CNN/SSRS last week, Biden was the top choice for 39% of Democrats and left-leaning independents.

That represented an 11-point gain from the previous poll, which was conducted shortly before Biden officially became a candidate, but was widely assumed to be gearing up for a run. It is also 20 percentage points ahead of his closest competitor, Vermont’s geriatric Senator, Bernie Sanders.

The relative uncertainty about who will be the Democratic nominee means that Donald Trump is still the favorite to win the 2020 General Election, according to SportsBettingDime.com’s 2020 Election Tracker.

However, if Biden continues to gain support among his own party, it is inevitable that the gap in the odds between him and Trump will start to close.

As of April 25th, Trump’s odds to win re-election were around 4/5, while Biden, the favorite among Dems, was well back at 15/2.

However, completely nonsensically, when divided by party, the Democrats are favored to win the next election at 2/3, compared to 6/5 for the Republicans.

President Trump is seen as vulnerable due to his divisive policies, which are generally only supported by a minority of voters, and a disapproval rating that continues to sit well above 50%.

A separate Quinnipiac poll, also conducted shortly after Biden announced his candidacy, rated the Pennsylvania native as the Democrat with the best chance to beat Trump in the general election.

The thinking among some politicos is that, as the election approaches, the Democrats will take an “anyone but Trump” approach and unite behind the person seen as Trump’s biggest and best adversary. The way Trump has gone after Biden on Twitter in the wake of Biden’s announcement could be seen as the President getting nervous about Biden’s challenge.

Biden will have his own challenges to overcome on the road to the White House, first and foremost numerous allegations of inappropriate behaviour towards women. However, that issue was already well-known at the time of Biden’s announcement and the polls that followed. He has evidently done an effective job of addressing it and quelling criticism, though his detractors, even within his own party, still exist.