Plans to reopen travel between Heathrow and JFK - known as Project Nylon - before Biden takes office on 20 January are fading. 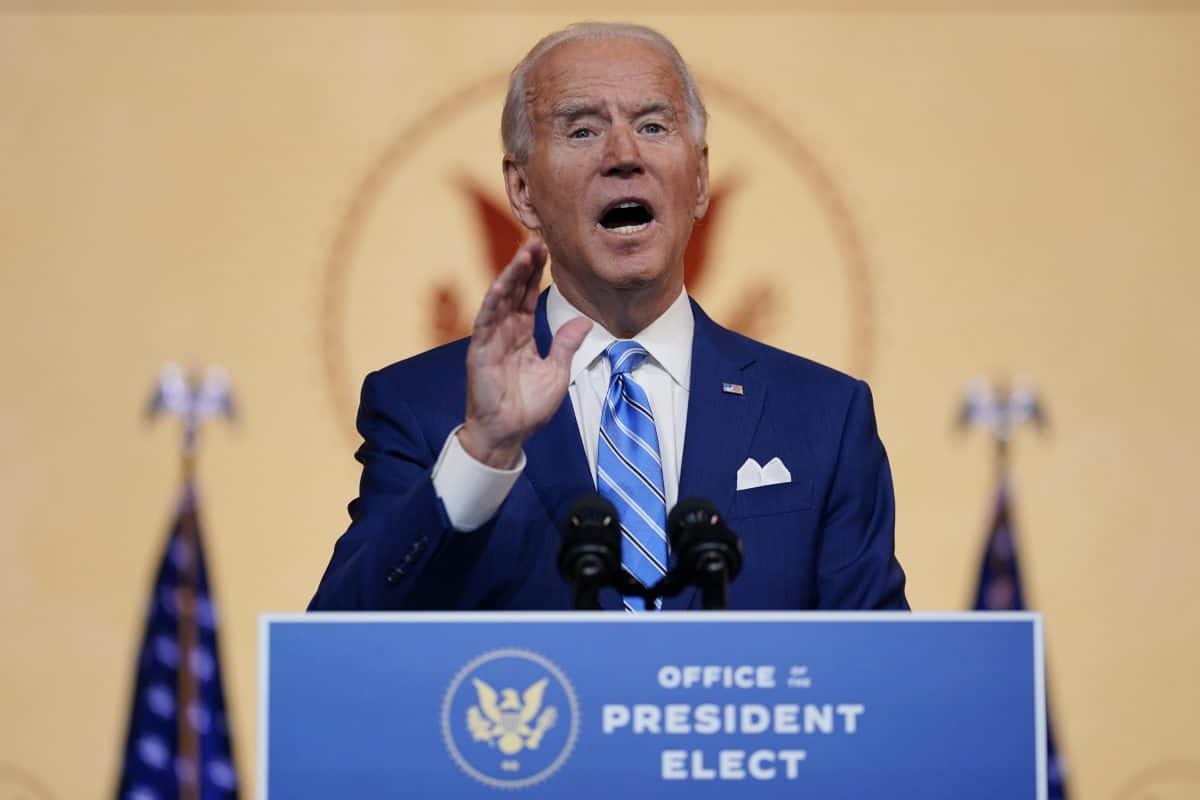 London’s aviation officials are racing to secure a travel corridor to New York, with fears reportedly growing that president-elect Joe Biden will shun the capital in favour of Dublin.

Plans to reopen travel between Heathrow and JFK – known as Project Nylon – before Biden takes office on 20 January are fading, aviation sources told the Evening Standard.

The route is the busiest intercontinental service, but it has been effectively closed since March when Trump banned Brits from flying to America except in extraordinary circumstances.

It was reportedly hoped that a pilot scheme could be in place in time for Thanksgiving, but the pandemic has delayed official talks.

One source told the paper: “We understand that president-elect Joe Biden’s team might look to prioritise a travel corridor to Dublin ahead of us. The feeling is that Biden has a historical relationship with Ireland and that will take precedence.”

“It’s difficult to see a London corridor up and running until well after the inauguration,” another added.

The news comes as President Donald Trump admitted he will leave the White House if the Electoral College formalises Biden’s victory at the polls.

But he insisted such a decision would be a “mistake” as he spent his Thanksgiving renewing baseless claims that “massive fraud” and crooked officials in battleground states caused his election defeat.

While there is no evidence of the kind of widespread fraud Trump has been alleging, he and his legal team have nonetheless been working to cast doubt on the integrity of the election and trying to overturn voters’ will in an unprecedented breach of norms.

Joe Biden won by wide margins in both the Electoral College and popular vote, where his tally is likely to surpass 80 million votes.

Asked whether he would vacate the building and allow a peaceful transition of power in January, Trump said: “Certainly I will. But you know that. This has a long way to go.”

The Trump administration has already given the green light for a formal transition to get underway, but he took issue with Biden moving forward.

But he has made it clear that he will likely never formally concede, even if he said he would leave the White House.