The former Tory leader said the group “most likely to spend the money that you give them” are people on benefits. 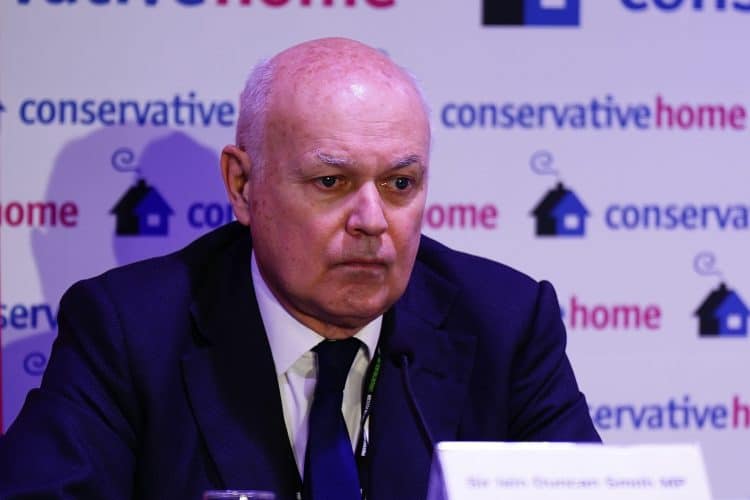 Sir Iain Duncan Smith has said “it doesn’t make sense” not to uprate benefits in line with inflation, as he waded in on the latest Tory row.

The Conservative former leader and work and pensions secretary argued that Universal Credit and growth go hand in hand, as he claimed the group “most likely to spend the money that you give them” are people on benefits.

His comments come as Liz Truss faces a new uphill battle with her MPs over welfare following the 45p tax rate U-turn.

The Prime Minister has so far refused to rule out a return to austerity or said whether welfare payments will be increased in line with inflation.

Commons Leader Penny Mordaunt was the first Cabinet minister to say “it makes sense” to increase benefits at the current 10% rate of inflation, stoking fears of a fresh rebellion.

Speaking at a fringe event at the Conservative Party conference, Sir Iain told members “I don’t quite understand why we are having this discussion” when asked if benefits should be uprated.

He said: “My view is very simply that the support that we give right now, we are going to give out on the cost of living, which is huge… a package we should be talking more about, but, at the same time, it wouldn’t make a huge amount of sense then to withdraw some of that by actually reducing or not uprating benefits at the same time.

“It doesn’t make any sense.

“Otherwise, the rest of society gets support, but they end up getting less, and relatively they’re the ones that need it most.”

In a warning shot to the Government, the Conservative former leader insisted “if you do want growth” the group “that is most likely to spend the money that you give to them is the group that we are talking about right now”.

He reminded the audience that he resigned as work and pensions secretary in 2016 because he felt the then-government “had lost the plot” on what the “balance in society was”, adding: “I just didn’t think it was feasible any longer for us to go after what I call ‘the working poor’”.

The Chingford & Woodford Green MP unexpectedly resigned from David Cameron’s cabinet six years ago, as he claimed he was unable to accept the planned cuts to disability benefits.

At this year’s party conference in Birmingham, Sir Iain also said he was “pleased” that former chancellor Rishi Sunak had lowered the taper rate, but called for a further reduction.

“I think it should come lower in due course,” he said.