The BBC's political editor and Gove reportedly let their hair down after Tory conference - raising questions about her impartiality. 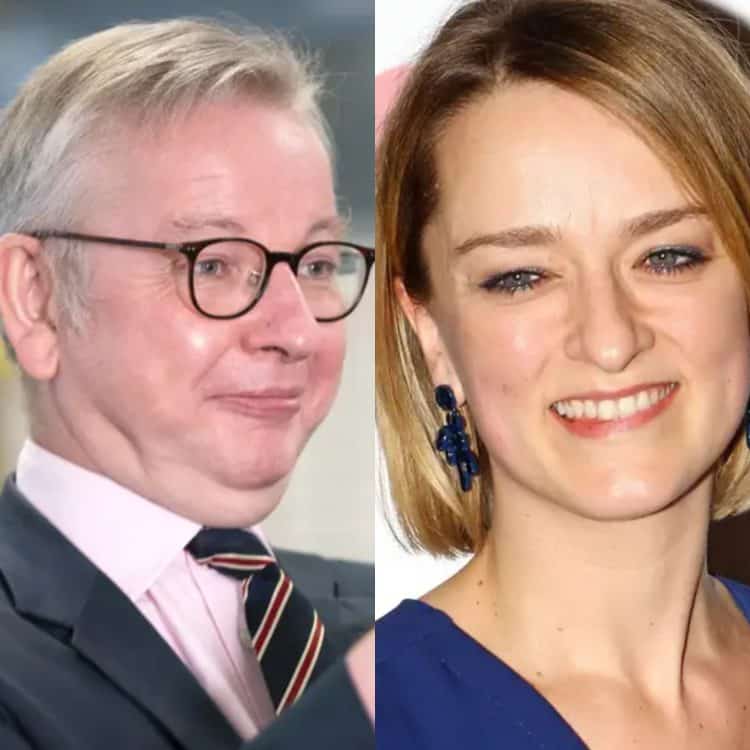 The BBC has dismissed claims that political editor Laura Kuenssberg and had a rap battle and dance-off with Michael Gove at Tory party conference.

It comes after Telegraph journalist Dominic Penna wrote on Twitter on Wednesday night that the performance happened after another Tory MP sang ‘Ice Ice Baby’ at an end-of-week karaoke night.

The tweet has since been deleted, but it also claimed BBC Newsnight editor Lewis Goodall sang ABBA’s Dancing Queen, after quipping: “Have we got any Tory scum in the audience?”

The question is a reference to Labour deputy leader Angela Rayner’s remarks last month, which she refused to apologise for.

The BBC said the report is “completely untrue”, according to The National.

Penna said that people present at the Tory conference after party kept putting Gove’s name forward for karaoke, but his advisers refused to let him sing.

“He’s not doing it,” one adviser said. “Look at that Hancock video from a few years back when someone filmed him. He never recovered.”

‘I’ve had the time of my life’

The news come after the Tory welfare secretary crooned “I’ve had the time of my life” – hours before crucial benefits for nearly six million Brits were officially cut.

Thérèse Coffey danced and sang the Dirty Dancing classic at a karaoke night at the Tory conference in Manchester on Tuesday night.

The Work and Pensions minister belted out the 1987 anthem with fellow Tory minister Will Quince just as the £20-a-week UC uplift was slashed – the biggest overnight benefits cut since the Second World War.

Coffey’s cut is expected to plunge hundreds of thousands into poverty – with as many as three million children affected.

But that didn’t seem to affect Coffey, who urged the watching public to get involved, bellowing: “Come on conference, join in”.

During the Tory Party conference in 2017, former health secretary Matt Hancock sang Queen’s ‘Don’t Stop Me Now’ together with Coffey.

Morgan said: “If you are of a sensitive disposition, we are about to show some footage of Health Secretary Matt Hancock and Thérèse ‘wake up and never smell the’ Coffey, which is so horrific, you may want to protect your children, your elderly, certainly the infirm.

“This is not something that should be watched casually, this is something to brace yourself for. Because we are about to show you one of the single most horrific videos possibly ever recorded, they are doing a duet at karaoke.”

He added: “Imagine thinking, as Matt Hancock, you could be the next Freddie Mercury. That might be the worst karaoke footage I’ve ever seen, my God.”

Morgan also compared Hancock’s singing to his performance as health secretary.”Hancock and Coffey, the worst double act of all time!” he said.