Liberal Democrat justice spokeswoman Daisy Cooper has described the appointment as an “assault on the rule of law”. 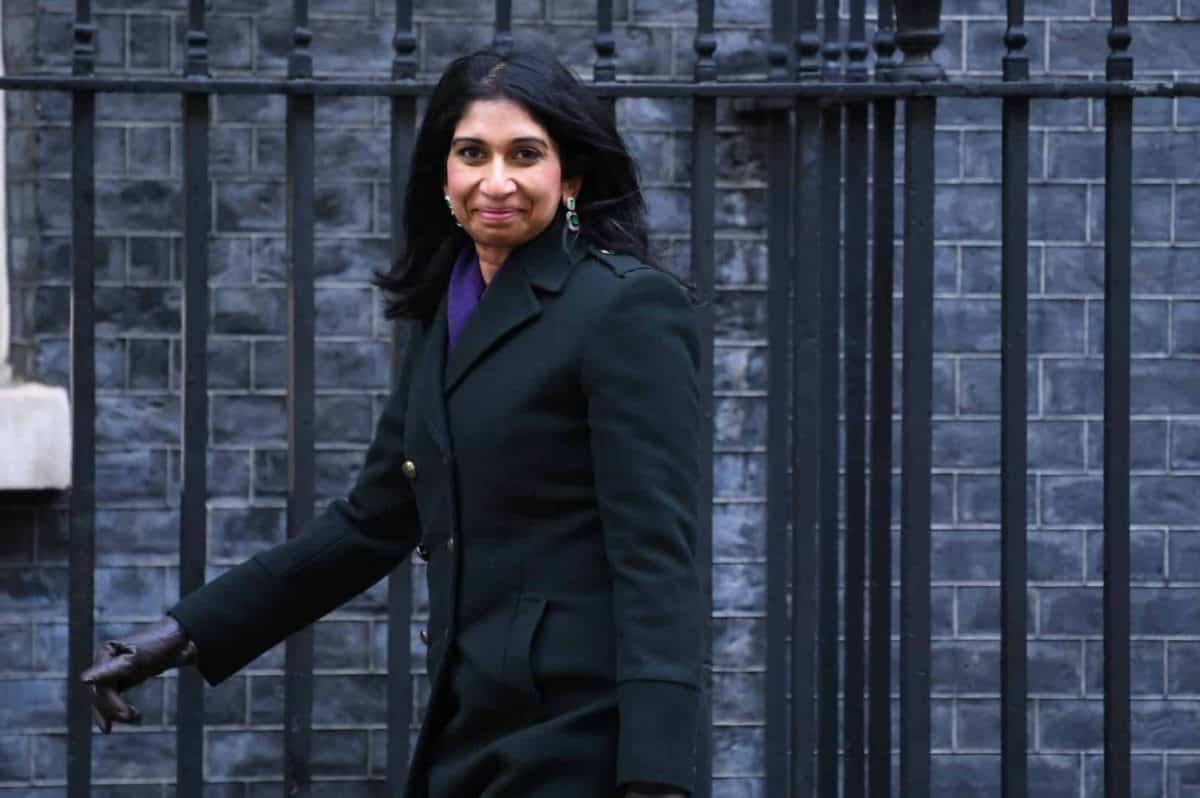 A barrister who said the courts should stay out of politics has been appointed as the Government’s most senior lawyer amid Boris Johnson’s growing battle with the judiciary.

Suella Braverman has joined the Cabinet as Attorney General after Geoffrey Cox was axed from the role.

The 39-year-old studied law at Cambridge University, the Sorbonne and New York City, according to her website.

During her 10 years as a barrister she represented the Government on the Attorney General’s Treasury Panel and also defended the Home Secretary in immigration cases, the Parole Board in challenges from prisoners and the Ministry of Defence in the Guantanamo Bay Inquiry.

Parliament must “retrace power ceded to the courts”

In a comment piece on the Conservative Home website last month, Ms Braverman said Parliament must “retrace power ceded to the courts”.

She said: “Prorogation and the triggering of Article 50 were merely the latest examples of a chronic and steady encroachment by the judges.

“For in reality, repatriated powers from the EU will mean precious little if our courts continue to act as political decision-maker, pronouncing on what the law ought to be and supplanting Parliament.

“Traditionally, Parliament made the law and judges applied it. But today, our courts exercise a form of political power.”

She also said that while the Human Rights Act was “noble in its intentions”, “the concept of ‘fundamental’ human rights has been stretched beyond recognition”.

She said she was not “lambasting the judiciary” or launching a “diatribe against human rights” but arguing that the “delicate relationship between law and politics is off-balance,” adding: “I don’t challenge the quality of our judges, but I do question their trespass into inherently political terrain for which a legal answer is wholly insufficient.”

The article followed comments she made in December on Newsnight, where she said she hoped legal reforms would restore the principle of “judicial deference”, adding: “Which means that our courts and our judges generally stay out of politics.”

Simon Davis, president of the Law Society of England and Wales, congratulated both Justice Secretary Robert Buckland on his reappointment and Ms Braverman on joining the Cabinet, adding: “We look forward to working with them to ensure that the rule of law is upheld in this country, that justice is available to all and that our strengths as a jurisdiction are maintained: an independent judiciary, a talented legal profession and laws which uphold business and human rights.”

Caroline Goodwin, chairman of the Criminal Bar Association, said the organisation looked forward to working with Ms Braverman, adding: “A government that stands up for the rule of law acts in the best interests of the people – Parliament included.”

“Assault on the rule of law”

But Liberal Democrat justice spokeswoman Daisy Cooper described the appointment as an “assault on the rule of law” and accused Ms Braverman of being “intent on weakening our courts”, adding: “Suella Braverman clearly believes that Tory ministers should be above the law. That makes her unfit to serve as Attorney General.”

On Thursday Mr Cox suggested MPs and peers could scrutinise the appointment of judges to the Supreme Court but insisted the Government has “no desire” to see politically appointed judges.

But his idea appeared to be at odds with Mr Buckland who last week said he did not want to see a system of judges “being put in front of select committees and asked about their political past or views”.

The Tories pledged at the general election to examine the relationship between the Government, Parliament and the courts, and vowed to set up a Constitution, Democracy & Rights Commission within a year to come up with proposals to restore trust in democracy.

The Conservative manifesto promised to examine the judicial review (JR) process to ensure it is “not abused” for political reasons and pledged to “update” the Human Rights Act.

The seeds of the Government’s battle with the courts were sown during the Brexit rows, when campaigner Gina Miller successfully challenged the Government over then prime minister Theresa May’s right to trigger Article 50 without a vote in Parliament.

The Supreme Court ruling in 2019 that Mr Johnson’s decision to suspend Parliament was unlawful fuelled Tory suspicions about judicial activism.

Earlier this week the Government appeared to step up its battle with the judiciary following the Court of Appeal decision to prevent the deportation of 25 foreign offenders to Jamaica.

Downing Street said it “bitterly” regretted the court’s decision and Government sources said the row over the deportation flight showed why an examination of JR was needed.

Dominic Cummings, one of the Prime Minister’s closest aides, reportedly said there must be “urgent action on the farce that judicial review has become” following the court’s decision.

Ms Braverman said: “One of my first priorities is to continue the Government’s work in rebuilding confidence in our justice system, particularly with victims.”