The SNP Westminster leader was quizzing Boris Johnson about transparency of Covid-19 contracts. 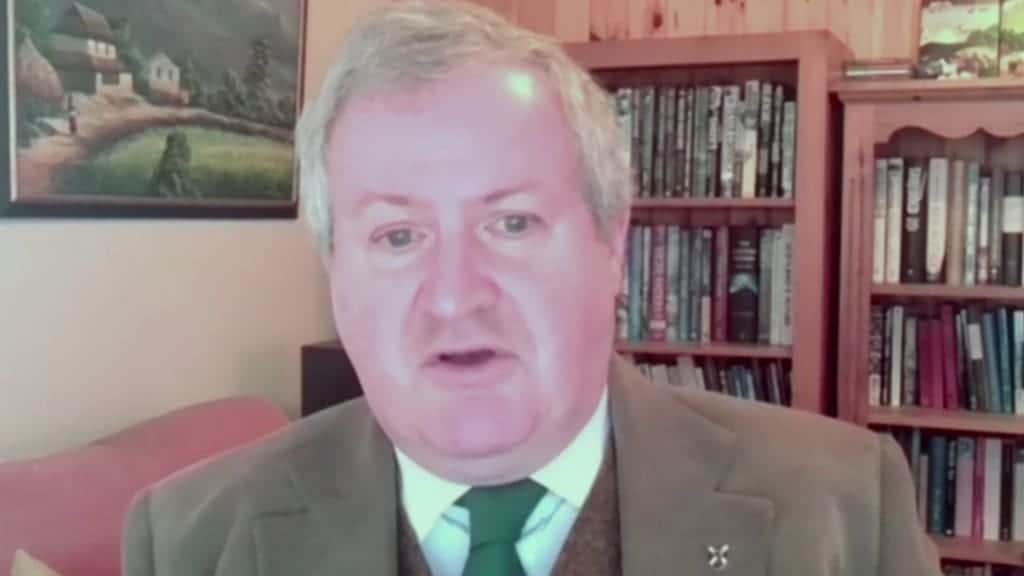 Maisie could be heard barking in the background as Mr Blackford quizzed Mr Johnson about transparency of Covid-19 contracts.

The SNP MP, who was appearing virtually in the chamber from his Ross, Skye and Lochaber constituency, urged the Prime Minister to “commit to a public and comprehensive inquiry into himself and his own Government”.

?️ If the PM says there is nothing to see here let's have the transparency he has promised today. The 3 million people left behind by his Gov didn’t have a David Cameron or a James Dyson to text the Prime Minister for them. Even my dog Maisie knows @BorisJohnson is at it ? #PMQs pic.twitter.com/jpxSy8fR5n

The demand came after it emerged Mr Johnson promised entrepreneur Sir James Dyson, via text messages, he would “fix” an issue over the tax status of his employees after he was directly lobbied by the entrepreneur.

Mr Blackford claimed Mr Johnson “didn’t have any time to support the millions of self-employed” at the start of the pandemic.

Replying to Mr Blackford, the Prime Minister said: “He says we had all the time in the world, in fact, as this House will recall, at the end of March last year the pandemic was taking off very fast and we had to act very fast, as I think people up and down this country understand.”

He added: “I thought that his dog just made a more sensible contribution.”

Writing on Twitter after PMQs, Mr Blackford said: “If the PM says there is nothing to see here let’s have the transparency he has promised today.

“The 3 million people left behind by his (government) didn’t have a David Cameron or a James Dyson to text the Prime Minister for them. Even my dog Maisie knows @BorisJohnson is at it.”

The PM replies that the SNP Westminster leader's barking dog – which could be heard in the background – "made a more sensible contribution than he did"https://t.co/9i9ug26BCZ pic.twitter.com/5UOi0rkaCL