Sir Desmond Swayne said the ban was “absolutely grotesque", while Steve Baker wants us to "start living like a free people". 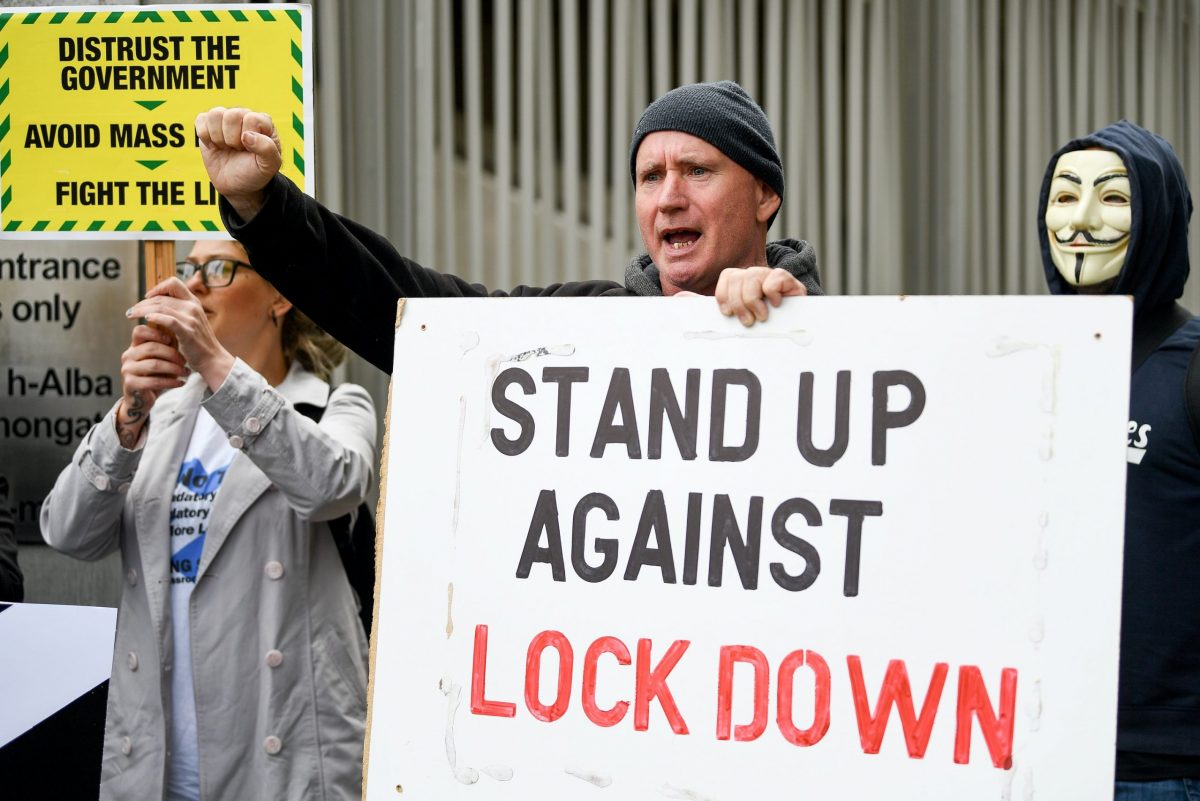 Boris Johnson is facing open revolt from some Tory backbenchers over “absolutely grotesque” new lockdown restrictions, with one former minister declaring: “It is time for us to actually start living like a free people, not subjecting ourselves to constantly shifting legal requirements.”

It comes amid reports that ministers are divided over new social distancing rules in England which will limit social gatherings to groups of six people both indoors and outside from Monday.

The Daily Telegraph reported on Friday that senior Tories also want younger children to be exempt from the so-called “rule of six” in England, while the Daily Mail claimed Health Secretary Matt Hancock was the only Cabinet minister on Boris Johnson’s coronavirus strategy committee to support the plan at a meeting on Tuesday, the day before it was announced by the Prime Minister.

Speaking on Friday, Tory former minister Steve Baker told BBC Radio 4’s Today programme: “I think it is now time to say that this is not a fit legal environment for the British people.

“It’s time to move to a voluntary system – unless the Government can demonstrate otherwise.

“And it is time for us to actually start living like a free people, not subjecting ourselves to constantly shifting legal requirements, which I think now no-one can fully understand.

I’m glad to hear @SteveBakerHW making the case for liberty in the UK on @BBCr4today. The risks have changed and we need to reflect that. The gov can’t decide every detail of our lives. A vaccine may arrive in years, or never, we need to learn to manage the risk and live our lives

“It seems to me the effect of having Covid marshals will be to turn every public space in Britain into the equivalent of going through airport security where we are badgered and directed… I’m not willing to live like this.”

He told Times Radio: “It is an intrusion into family life, to individual liberty, right of association and also we’re threatened with marshals in our streets.

“What powers are they going to have to direct us and order us to do things that we’d otherwise not wish to do?

“All this is done without any debate in Parliament or any vote in Parliament. How has this happened in a democracy, that the Government can rule by order in this way without democratic restraint?”

On Thursday, Scotland’s First Minister Nicola Sturgeon announced similar measures limiting indoor and outdoor gatherings to groups of six from two households, with a key difference that children under 12 are not included. She also made it mandatory for indoor customers at hospitality businesses to wear face coverings “whenever they are moving around and not eating or drinking”.

On Friday, Welsh First Minister Mark Drakeford said face masks will become compulsory in shops and indoor spaces from Monday, while indoor meetings of more than six people will become illegal, although under-12s will not count towards the total.

The changes come as coronavirus rates continue to increase across parts of the UK, with Leeds and Birmingham among areas at risk of further lockdown measures.

The most recent data for the seven days to September 7 showed Birmingham had the second highest rate of new cases in the country at 85.4 per 100,000 people and 975 new cases while Leeds had 536 new cases and a rate of 67.6.

Meanwhile, British holidaymakers are facing a race against time to get home before new quarantine rules on countries including Portugal and Hungary come into force.

The Government announced on Thursday evening that Portugal, Hungary, French Polynesia and Reunion have been removed from the quarantine exemption list.

Transport Secretary Grant Shapps said travellers arriving in England from those countries after 4am on Saturday will have to self-isolate for 14 days.

But the latest quarantine measures have been criticised as a “major body blow” to consumer confidence, leaving families again racing to get home before the change.

World Travel and Tourism Council president and chief executive Gloria Guevara said: “Taking Portugal and Hungary off the exception list has left families in a race against time to find flights and get home to avoid going into 14 days of isolation or cancel their already made plans.

“This depressingly familiar situation is a major body blow to consumer confidence to travel.”

Data shows we need to remove PORTUGAL (minus the AZORES and MADEIRA), HUNGARY, FRENCH POLYNESIA and REUNION from the Travel Corridor list to keep everyone safe. If you arrive in England from these destinations after 4am Saturday, you will need to self-isolate for 14 days.

Meanwhile, the Treasury Select Committee has warned that Chancellor Rishi Sunak risks mass long-term unemployment and putting hard-hit viable firms out of business if the furlough scheme comes to an abrupt end on October 31.

In the second report of its inquiry into the economic impact of coronavirus, the cross-party committee of MPs recommended a “targeted” extension to the scheme.

On Thursday, Health Secretary Matt Hancock defended the Government’s ambitious mass Covid-19 testing proposals in the face of laughter and heckling in Parliament.

He hit out at the “naysayers” in the House of Commons when outlining the Operation Moonshot plans, which aim to see millions of UK-wide tests carried out daily with results available in 20-90 minutes. The idea has been criticised as being overly ambitious and relying on technology that does not yet exist.

Leaked documents seen by the BMJ medical journal suggest the project could have a price tag of £100 billion – close to that of the £114 billion budget given to NHS England in 2018-19.