The former chancellor and former health secretary had a bit of an awkward exchange after Sunak was crowned PM. 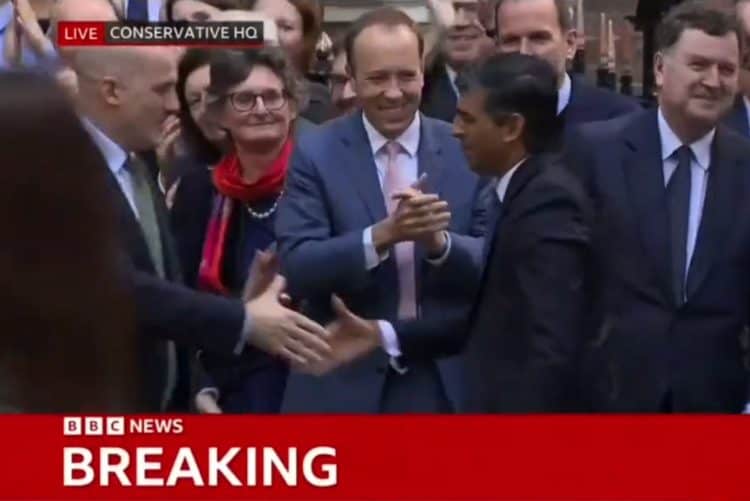 Rishi Sunak warned his warring MPs the Conservatives must “unite or die” after he completed a spectacular political comeback to win the race to be the next prime minister.

The former chancellor ruled out opposition demands for a general election after he won the Tory leadership race on Monday when rival Penny Mordaunt failed to win the backing of MPs.

Liz Truss, who will make way for Mr Sunak less than two months after she beat him in the last contest, congratulated her soon-to-be-successor and told him “you have my full support”.

He hit the ground running by addressing Conservative MPs behind closed doors in the House of Commons half an hour after his victory was announced.

Sunak then headed to the Conservative Party HQ where he was cheered into the building.

But this awkward exchange with Matt Hancock didn’t go unnoticed: