The ECHR is not an EU court - not that the main legal advisor to the government should be expected to know that. 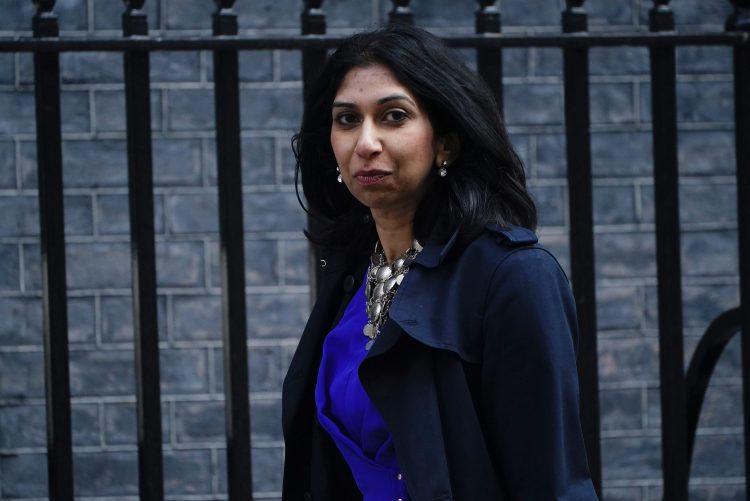 The Attorney General has said it is “time to complete Brexit and let the British people decide who can and cannot stay in our country” after a European court decision which effectively grounded the first flight to send asylum seekers out of the country.

Judges at the European Court of Human Rights (ECHR) granted last-minute interim measures covering three people who had been due to be on the first flight to Rwanda on Tuesday night.

“This is still a topic being discussed in Government but I have significant reservations about our relationship with the European Court of Human Rights,” Suella Braverman said in comments carried by the Daily Express.

“In the EU referendum the British people voted to take back control of our laws.

“They are rightly baffled why our immigration controls can still be blocked by European judges.

“It’s time to complete Brexit and let the British people decide who can and cannot stay in our country.”

Home Secretary Priti has previously described the court’s decision as politically motivated, while Justice Secretary Dominic Raab said it was wrong for the injunction to be granted.

The row has led to calls from some Tory MPs to pull out of the European Convention on Human Rights (ECHR), the document interpreted by the court in Strasbourg – something which No 10 and Ms Braverman have not ruled out, although it appears unlikely the Government would want to take such a drastic step.

Mr Raab has said the UK would stay within the convention but new laws could ensure that interim measures from the Strasbourg court could effectively be ignored by the Government.

The Government plans to replace the Human Rights Act, which enshrines the ECHR in domestic law, with a new Bill of Rights.

Ongoing court battles have created uncertainty over when any further attempts to fly asylum seekers to the African country will be made, although Ms Patel has previously said the Government “will not be deterred from doing the right thing, we will not be put off by the inevitable last-minute legal challenges”.

“Nothing to do with EU”

The ECHR is part of the Council of Europe, a human rights organisation of which the UK is still a member, alongside 45 other states.

All 27 member states of the EU are in the Council of Europe, and its headquarters are in Strasbourg, France.