Protests have greeted the royal couple's in Jamaica, where plans are underway to transition to a republic. 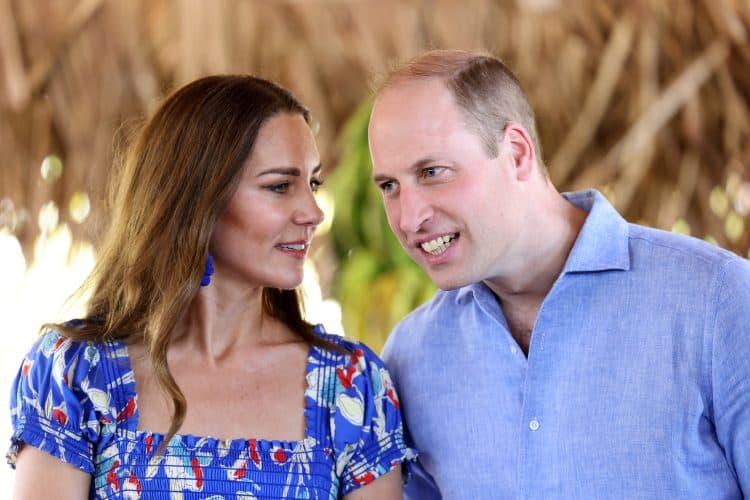 Jamaica is in the process of removing the Queen as head of state, it has emerged.

According to The Independent, a senior figure within the government has been appointed to oversee the nation’s transition to republic status.

“The government has had to start the process; the road to becoming a republic is not an easy one but they have long been coming under significant pressure to do it,” a source told the publication.

It comes as the Duke and Duchess of Cambridge have been accused of benefitting from the “blood, tears and sweat” of slaves, as they arrived in Jamaica to be met by a protest calling for reparations from the British crown.

Protesters gathered outside the British High Commission in Jamaican capital Kingston, with one placard held by a little girl reading: “Kings, Queens and Princesses and Princes belong in fairytales not in Jamaica!”

‘Benefitting from our ancestors’

Opal Adisa, a Jamaican human rights advocate who helped organise the demonstration, also called for an apology, saying: “Kate and William are beneficiaries, so they are, in fact, complicit because they are positioned to benefit specifically from our ancestors, and we’re not benefitting from our ancestors.

“The luxury and the lifestyle that they have had and that they continue to have, traipsing all over the world for free with no expense, that is a result of my great, great grandmother and grandfather, their blood and tears and sweat.”

Ahead of the royal visit, Jamaica’s culture minister confirmed that the island was pushing forward with plans to seek reparations from Britain for slavery.

Addressing the Reparations Council, a governmental advisory body, Olivia “Babsy” Grange said it was time to “step up the pace” on the nation’s ‘Roadmap to Reparation’ policy.

“We need a roadmap for legal and diplomatic actions which will bring us monetary reparation,” she said. “We need that roadmap that will extinguish a debt we have never owed.”

Adisa said an apology would be the “first step towards healing and reconciliation”.

She added: “You know, we don’t have anything personally against Kate and Prince William, and even the Queen, for that matter, but we’re simply saying you’ve done wrong, and it is way past time that you admit that you’ve done wrong and when you do, redressing it.”

‘Move forward to a new future’

In contrast to the angry scenes in Jamaica, the couple posted videos on social media of them diving in the waters off Belize among sharks following a private invitation by the country’s government to see conservation work to preserve the world’s second-largest barrier reef.

The footage was released a few hours before the couple arrived in Jamaica, where Mark Golding, the opposition leader, reportedly intends to tell the royals many Jamaicans want an apology from the monarchy for its role in transporting humans from Africa to the Caribbean.

Golding has been invited to a royal event in his St Andrew South constituency and the Governor Generals’ dinner where William will give his speech.

He told The Gleaner, a Jamaican newspaper: “I would hope that I get the opportunity during the events that I will be attending to have that dialogue with them and to bring it to their attention in a courteous and respectful way that this is the view held by many Jamaicans.”

The leader of the People’s National Party added: “And that I think it would be helpful both to the Royal family and Jamaica for them to consider this as a means of starting to move forward to a new future.”

Related: Starmer thrice refuses to say Abbott and McDonnell can stand for Labour