“I don’t want his business and I don’t want any other Tory MP’s business or any politician who voted against feeding the neediest,” the shop's owner said. 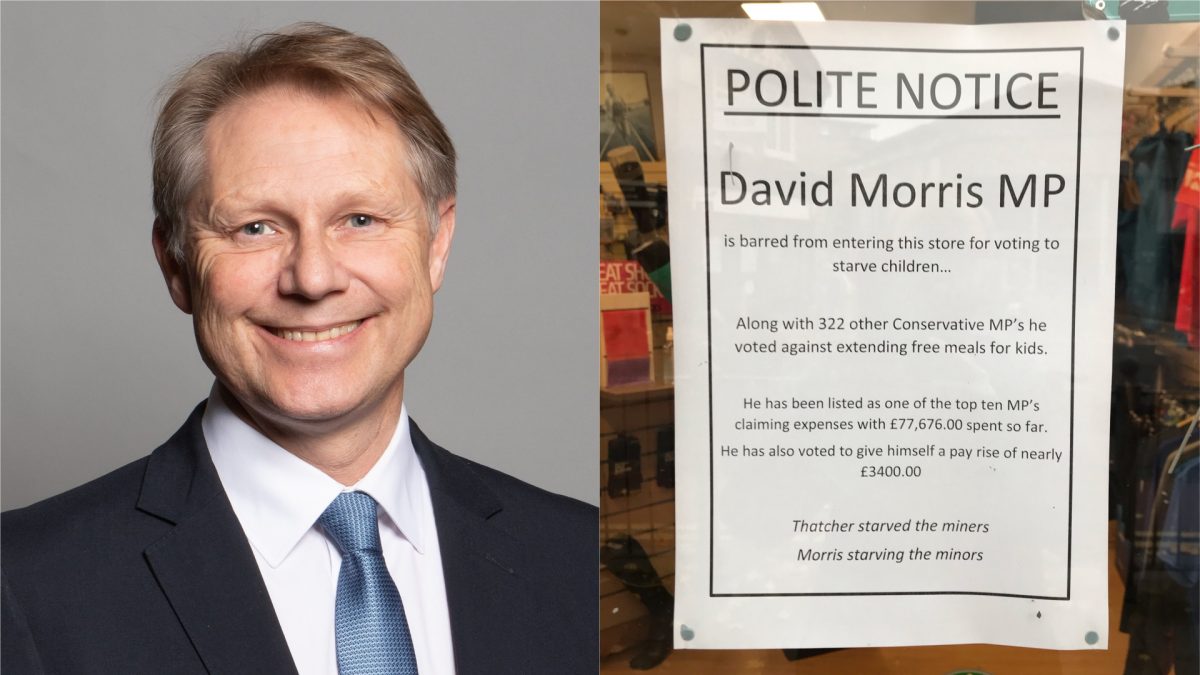 The owner of a running shop in Lancaster has banned a local Tory MP for life, accusing him of “voting to starve children”.

Ian Bailey – owner of The Runners Centre – has barred local MP David Morris after he was among the 322 Tory MPs who voted not to extend free school meals over half term.

It comes days after Rishi Sunak – alongside several other Teesside MPs – was banned from a pub in his constituency, with the landlord lashing out at the “disgusting” Conservative position on free school meals.

Marcus Rashford has been leading a campaign to pressure the government into extending the scheme to cover school holidays – but MPs defeated the move in the Commons on Wednesday night.

Hundreds of businesses and local councils – and even fast food giant McDonald’s – have since stepped into the breach and offered to feed hungry kids and their families over the half term break.

“I don’t want his business and I don’t want any other Tory MP’s business or any politician who voted against feeding the neediest,” the 58-year-old Bailey said.

“Everybody’s suffering with this pandemic… for the government to vote against a basic principle of feeding minors is just so far below the belt,” he told PA.

The shop owner has gone one step further, placing a poster on the door to his shop that reads: “David Morris MP is barred from entering this store for voting to starve children. Thatcher starved the miners… Morris is starving the minors.”

Bailey also plans to donate £500 to a local food bank – and will be calling on Morris, who is known to be a keen runner, to match his donation.

“I can ill afford it. I run my own business and things are challenging but I’m putting my money where my mouth is,” he added.

“The money we would have spent on holiday but we’re going to give to the food bank and make sure those less fortunate are going to be looked after.”

Sunak – alongside fellow MPs Matt Vickers, Simon Clarke and Jacob Young – were banned from The Mill in Stokesley, near Middlesbrough, “for life” following last week’s vote.

Writing online, the owners of The Mill said: “Don’t usually do politics but here goes…. I have never known a Government which is consistently the wrong end of every argument.