"Johnson often compares himself to Pericles on the grounds that they both enjoy good speeches, democratic engagement, big infrastructure and fame,” Stewart wrote. “But Pericles built the Parthenon, not the Emirates Cable Car.” 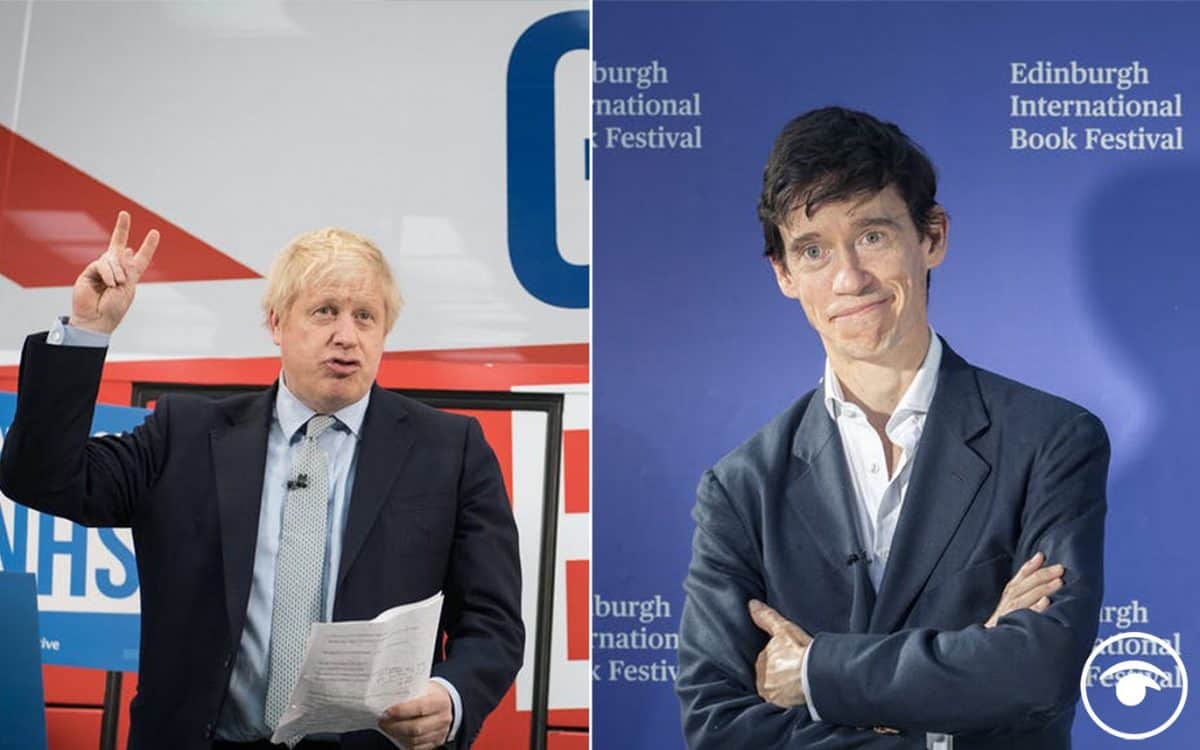 Rory Stewart – the former Conservative leadership hopeful – has savaged Boris Johnson as an “amoral figure” and “the most accomplished liar in public life”.

In an acerbic review of Tom Bower’s controversial biography of the prime minister, The Gambler, Stewart – who was kicked out of the Conservative party by Johnson last year – pointed to his “lack of moral conviction” and mocks his affection for mythological figures like Pericles.

“Johnson often compares himself to Pericles on the grounds that they both enjoy good speeches, democratic engagement, big infrastructure and fame,” Stewart, writing in the TLS, said. “But Pericles built the Parthenon, not the Emirates Cable Car.”

Zeroing in on the prime minister’s dishonesty, Stewart compares him unfavourably with Lyndon Johnson, whose “corrupt and dishonest methods were ultimately directed towards Civil Rights Reform”.

“I saw almost daily, when he was foreign secretary and I was one of this Minsters of State, how reluctant he was to push through even those policies that he professed to endorse,” the former Penrith MP wrote.

“He demanded, for example, to know why we were not doing more for “charismatic megafauna”, but when I came back with a £9 million programme to work with the German development agency on elephant protection in Zambia, he simply laughed and said “Germans? Nein. Nein …”.

“He said, “Rory: Libya. Libya is a bite-sized British problem. Let’s sort out Libya”, but when I proposed a budget, and some ideas on how we might work with the UN and the Italians in the West of Libya, he switched off immediately.

““Cultural heritage”, he told me, “is literally the only I thing I care about in the world”, but again I could not get him to support a fund on cultural heritage.

“Even when he did rouse himself to action, as mayor, the results often seemed not what he intended – having campaigned against skyscrapers, for example, and in favour of emulating the architecture of Periclean Athens, he left a legacy of some of the most ill-considered, inhuman towers in London (Nine Elms in Vauxhall being a dramatic example).”

Stewart also attempts to explore Johnson’s sometimes confounding political popularity, concluding that the prime minister “never poses as our better – rather he goes out of his way to exaggerate his incompetence”.

“Why is this so particularly appealing? Is it that voters want him to confirm their distrust of all elites and high-minded stories?” Stewart asks. “Or to validate some conviction that there can be no true moral or political purpose, no sincere vision of self or country?

“Or does his disregard for red lights, the edges of racism and homophobia in his humour, the flamboyant ricketiness of his life and finances, his refusal (until very recently) to eat well, drink sensibly, watch his weight, and still less act professionally, tuck in his shirt or brush his hair – while still becoming prime minister – make us feel better about ourselves?

“Is he a carnival lord of misrule allowing us to rebel against the oppressive expectations of our age, or a hand-grenade to be thrown at the establishment?”

Johnson, he concludes, “is an amoral figure operating in a much bleaker and coarser culture” than his hero, Pericles.

“And it is in his interest – and that of other similar politicians around the world – to make that culture ever coarser,” he added.

“But unless we begin to repair our political institutions and nurture a society that places more emphasis on personal and political virtue, we will have more to fear than Boris Johnson.”