The ITV presenter did not hold back on Patel's controversial offshore asylum plans. 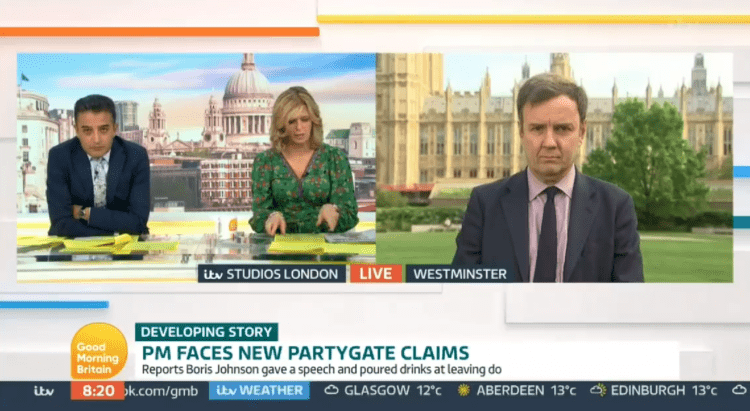 Patel has challenged those against her plan to send migrants to Rwanda to come up with a better idea to tackle small boat crossings in the Channel.

Writing a joint article in The Times with Rwandan foreign minister Vincent Biruta, the Home Secretary reiterated that her controversial plans were “bold and innovative” after religious leaders slammed the move.

But in the joint article, Patel and Biruta said: “We are taking bold and innovative steps and it’s surprising that those institutions that criticise the plans fail to offer their own solutions.”

Earlier, Cabinet minister Jacob Rees-Mogg had suggested that the Archbishop of Canterbury had misunderstood the aims of the policy.

And Greg Hands, a business minister, took to the airwaves to defend the plans on Monday morning – but was roundly criticised by ITV’s Adil Ray on Good Morning Britain.

Having insisted that sending refugees to Rwanda was “the right policy”, Ray told Hands: “Jesus was a refugee… and if he arrived today he would be sent to Rwanda.”

Watch the full exchange below.