Night after night the misery of war is pumped out across our TV screens, our social media and on the pages of our newspapers, and yet, even in the face of war, people are driven to show extraordinary acts of courage and humanity. Like Antonina and Jan Zabinski, the keepers of the Warsaw Zoo who […] 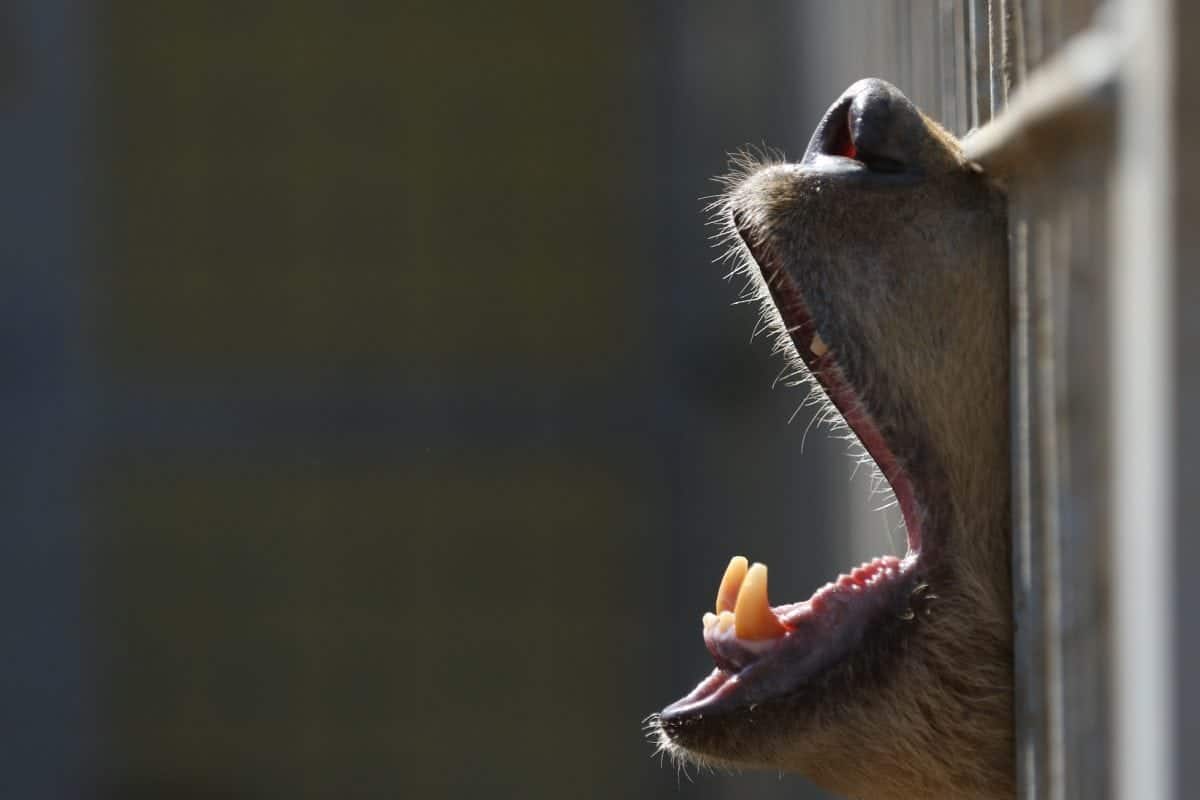 Night after night the misery of war is pumped out across our TV screens, our social media and on the pages of our newspapers, and yet, even in the face of war, people are driven to show extraordinary acts of courage and humanity. Like Antonina and Jan Zabinski, the keepers of the Warsaw Zoo who helped to save hundreds of people and animals during the German invasion and whose story is told in the film The Zookeeper’s Wife that was released last month. Dr Amir Khalil, the war-zone animal doctor, is a shining light to us all and offers hope in such dark times across the Middle East.

For the past 23 years, Dr Amir Khalil has been working for the inspirational animal charity Four Paws, which rescues animals in war-zones from Libya to Gaza. In January 2017, on the frontline in Mosul, Iraq, where a battle rages to free the city from two and a half years of ISIS control, Dr Khalil and his team started the process of rescuing half-starved Simba the lion and Lula the brown bear from the concrete hell-hole of a zoo that had been their home for almost three years.

Dr Khalil, an Egyptian citizen and a vet by profession, is as modest as he is extraordinary. On 21st February, an ISIS car bomb blew up close to the zoo, killing dozens of local people. At that time, Dr Khalil was visiting the zoo to feed and water the animals and see what he and his team at Four Paws could do to rescue them after years of starvation and get the unfortunate creatures out of the war-zone raging around them. 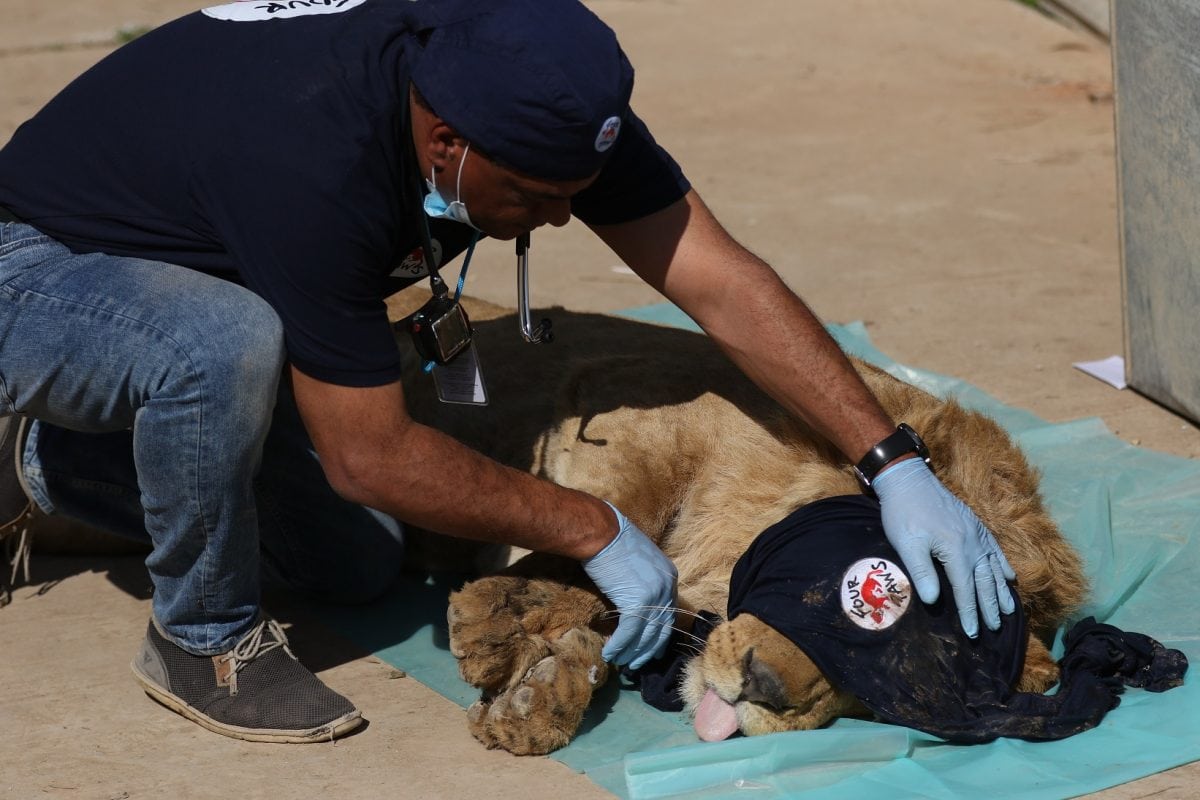 The task to rescue these animals was not an easy one when all around, street by street, fighting was going on, and there was no way of telling if the person approaching you was there to help or about to blow themselves up.  Yet Dr Khalil spent days securing the 5 different permits he needed to rescue Simba the lion and Lula the bear.  The situation was further complicated by the animals’ ill-health as they had received hardly any food, despite the generosity of local children who, though they had hardly anything to eat themselves, went to the zoo to share what little they had with the animals. Dr Khalil had to wait until they had recovered some of their strength before he could consider moving them.

In March, with 5 permits and the support of the Iraqi army, Dr Khalil set off on the 27-kilometre journey to take Simba and Lula to a safe animal rescue centre in Jordan. But just as they arrived at the border, the security services refused permission for them to cross because, amongst other things, they had no documents that certified that Simba and Lula were not members of ISIS! So, the animals were forced back to the zoo. 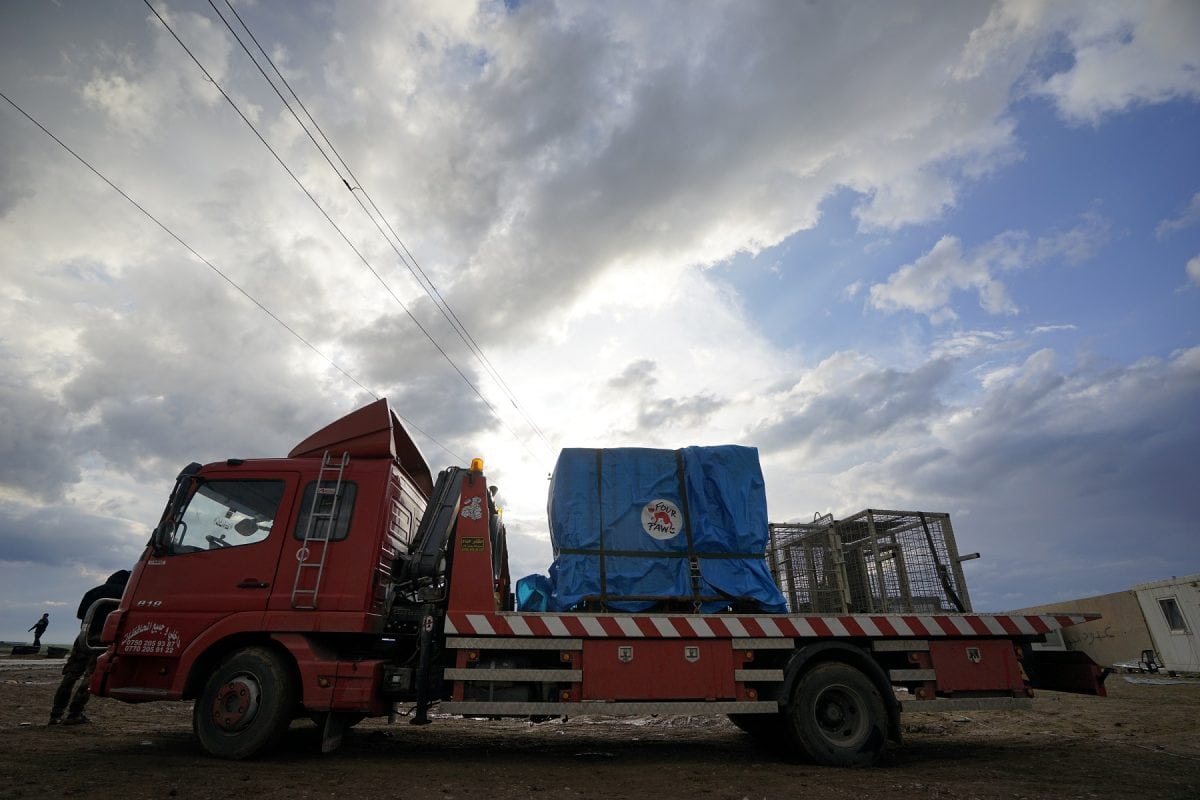 With respect to this experience Dr Khalil said: “Humanity has disappeared in Mosul.”  The smell of fear and distrust was palpable in the air and yet his determination to rescue these creatures was unrelenting. Lobbying the government and the army to secure safe passage, handling all the different factions in the war- zone, and dealing with the sheer scale of the political and bureaucratic process were exhausting. How could he get a permit for a bear and a lion to prove that they were fighters for ISIS? The struggle to win the freedom of the zoo animals was more time-consuming for the army commanders than fighting the war, Dr Khalil was told.

However, his persistence paid off and finally, in April, the all-clear came through, meaning that, for two days, the war would come to stop so that the animals would have clear passage to the border and the safety of Jordan. Scared that he would have further problems, Dr Khalil moved his animals, in darkness, through the streets and to the border, their cages covered and disguised as crates of fruit and vegetables. Whilst travelling through each of the separate control border check points, he prayed the animals would keep quiet and his secret cargo would get securely to the border and the safety of Kurdistan control. 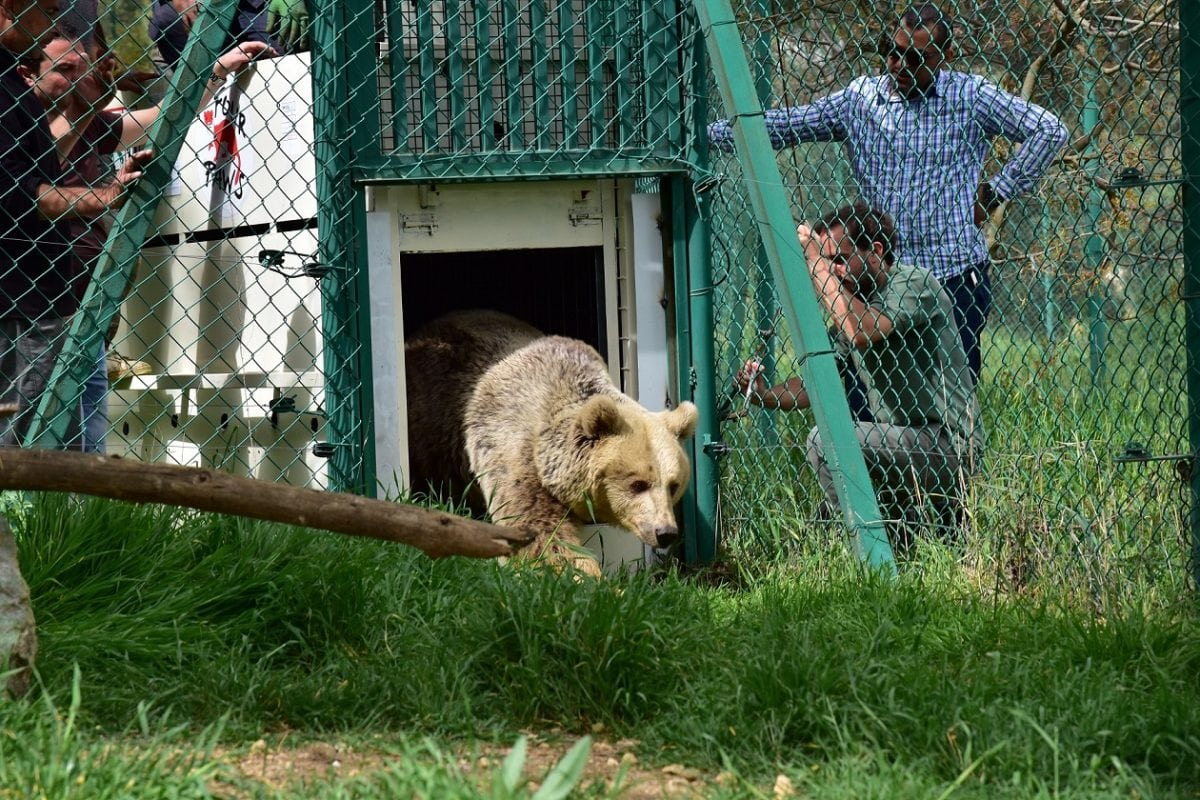 The mission was a success. Dr Khalil and his lion and bear were safe.

Children and border guards who had only seen misery and fear for so many years were filled with joy and smiles at the sight of Simba the lion and Lula the bear.

Today, for the first time, the animals are free and not a tourist attraction, running wild in an area of 140 hectares with trees and grass that they had never seen before, and with the company of other animals rescued from Libya and Gaza.

“Animals show our humanity,” says Dr Khalil. During his work in Gaza, Hamas and Israeli border guards had put down their guns to share selfies with the animals.   In Mosul, where the war was stopped for two days, soldiers and civilians also queued to get their selfies.

I ask this extraordinary but modest man, “What’s next? After working in three war-zones, aren’t you due a rest?”

“No!” says Dr Khalil. “We are working on securing permits to rescue the animals from a zoo just outside Aleppo. Would you like to join me?” he asks.

“If only I were brave enough,” I reply.

You can donate to Four Paws via their website www.four-paws.org.uk