The Paris Agreement can't be met without changes to our global food system, writes Emily Quinton of The Vegan Society. 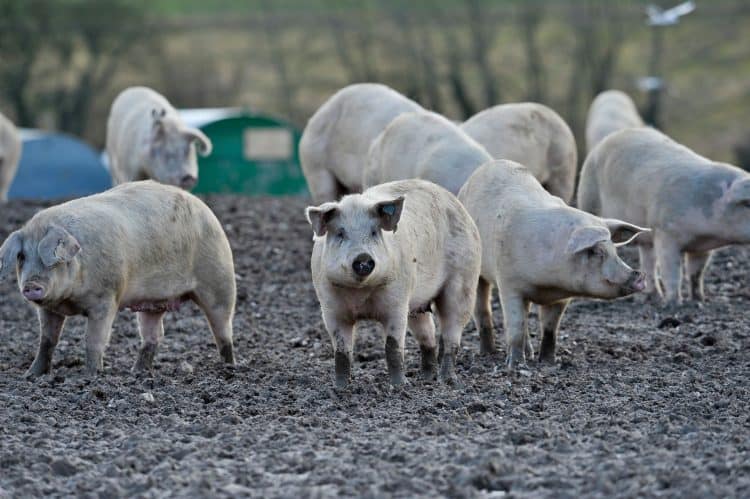 Animal agriculture is the second largest global emitter of CO2.  With more than 88 billion animals raised and slaughtered for food each year, intensive livestock farming is responsible for 14.5 per cent to 16.5 per cent of the world’s human-made greenhouse gas emissions, exceeding emission levels from global transport combined. And yet, inexplicably, animal agriculture is not on the COP26 agenda as a priority in discussions on the mitigation of global warming.

It is impossible to meet the targets set in the Paris Agreement without making changes to our global food system. Even if all other major sources of emissions were reformed, we would still fall short.  The science is clear and overwhelming; adopting a more plant-based diet is one of the most impactful steps we can take to avoid catastrophic climate change.  If we are to protect our planet, we must include intensive animal agriculture in climate change mitigation strategies.

If we are serious about averting a climate catastrophe, it is imperative that world leaders recognise and act to reduce all major drivers of climate change, including industrial animal agriculture.

At The Vegan Society, we’ve been preparing for COP26 for the past two years.  Switching to a plant-based diet can reduce your carbon footprint by up to 50 per cent with additional benefits including tackling deforestation, biodiversity loss and water usage. The Vegan Society is disappointed that when world leaders convene to discuss their Nationally Determined Contributions (NDCs) and corresponding action plans, dietary change is not on the agenda.

This is especially relevant given that the UK has committed to achieving net zero carbon emissions by 2050 and to reduce emissions by 68 per cent by 2030. The Committee on Climate Change have called for people to eat 20 per cent less meat and dairy produce by 2030, and 35 per cent less by 2050. However, the government has yet to take action to achieve these targets or even acknowledge the role of food in tackling the climate crisis.

A transition to a vegan society requires both individual behaviour and systems change to provide the policies and infrastructure to support vegan lifestyles.  The climate crisis is high on the political agenda and, by connecting animal agriculture and dietary change as part of the solution, we stand a real chance of encouraging incremental measures that support reductions in the use of animal products, as well as more explicit support of plant-based diets, such as investment in the sector as called for by the National Food Strategy.

Our behaviour change campaign, Plate Up for the Planet, our systems change campaign Grow Green, and our new food systems report Planting Value in the Food System, go some way to achieving these outcomes. We intend to use COP26 to bring this work to the attention of UK and global policy makers.

The Vegan Society are supporting campaigns to get food and farming on the agenda.  It is shocking that animal agriculture, such a large contributor to global carbon emissions, has been overlooked from COP26 discussions. Despite daily topics such as finance, energy, transport and nature, there is no space to discuss food and agriculture. We’ve been sharing petitions that demand world leaders support a plant-based diet. We’re supporters of the Plant Based Treaty and we’re encouraging people to contact their MP to support an Early Day Motion to get animal agriculture on the agenda. We believe that COP26 should lead by example and serve a low emission menu and encourage signatories to a petition in support of plant-based food at COP26 here.

We must focus on breaking the taboo around dietary change legislation in government policy in the run up to COP 26, and influence the government response to our national food strategy with a Food Sustainability Bill as outlined in The Vegan Society’s Planting Value report.

Our ambition is that every visitor to Glasgow in early November comes away with a very clear understanding of why going vegan is one of the single most important actions they can take to make a significant impact in the move towards net zero.

Follow the science.  Plate Up for the Planet. Go vegan.

The writer, Emily Quinton, works for The Vegan Society.