Yesterday the Prime Minister’s bilateral trade talks with India made a mockery of post-Brexit immigration promises in one foul swoop after Narendra Modi made it clear that the relaxing of visa laws was a requisite of any trade deal. And if you think we can expect different treatment elsewhere, think again. You see, in economics […] 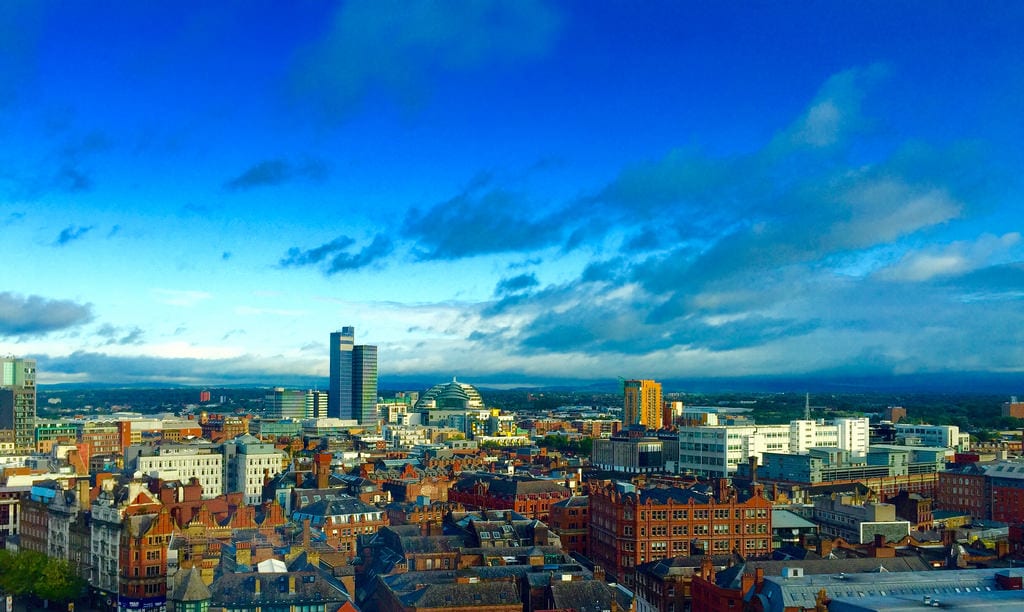 A view of the Manchester skyline

Yesterday the Prime Minister’s bilateral trade talks with India made a mockery of post-Brexit immigration promises in one foul swoop after Narendra Modi made it clear that the relaxing of visa laws was a requisite of any trade deal. And if you think we can expect different treatment elsewhere, think again.

You see, in economics you never get something for nothing. You have supply of something and demand for something else, and those two things must coexist in order to function. So you simply can’t demand free trade with one of the World’s largest growing economies without offering something back, and it’s a trade we’re about to have to have to make a hundred times over.

So what does the UK have to offer? We’re an import economy that is resource poor, output deprived and have recently severed ties with the biggest consumer markets in the World. But we have jobs, we have a high standard of living, we have a welfare system and we have world-class universities, all of which actually require people to be here in order to benefit from them.

It’s not surprising, therefore, that in order for the UK to become a “global leader in free trade” that we may have to make concessions on the immigration front, such as giving India “one of the best UK visa services of any country in the world, with more application points than anywhere else and the only place where you can get a same day visa”. Something that Nigel Farage, I assume, would describe as a “win win” scenario.

Outside EU we can have trade and co-operation with our European neighbours whilst negotiating our own trade deals globally. Win-win.

The India trade deal has set a precedent and will inevitably lead to more immigration as we roll out our new brand of free trade across the World. Turkish immigrants, for example, now ironically look more likely to have access to the UK outside the European Union, and most Europeans will have the same level of access if, as we suspect will be the case, we have to back down over free movement of people.

We got the warning from Europe and now we have the knowing nudge from the rest of the World; free trade means free movement.

Aaaand India makes more immigration a prerequisite for one of those shiny new trade deals they said we could get while reducing immigration.

Which means yet another betrayal on behalf of the Leave campaigners and those silly enough to be led by them. We might as well stop the Case ‘case’ that Vote Leave made ‘knowingly misleading’ assertions of fact about the NHS and tell them to add immigration to the heap, because whoever thought Brexit meant reductions on that front should be locked up.

And if you need any further proof in the pudding, just ask our own Great British farmers. According to them, if we take migrant workers out of the supply chain we would within five days have no fresh British produce on the supermarket shelves. It seems the real reason Brexit will lead to more immigration is that we need immigration. Go figure!