By Marcus Hendriks Perhaps the overriding sentiment towards the election currently pervading New York City is one of apathy. On one level this is unsurprising, as the primaries and secondaries have by now combined to form a long, protracted process of over one year. But on another, this is an election after all, a fairly important […] 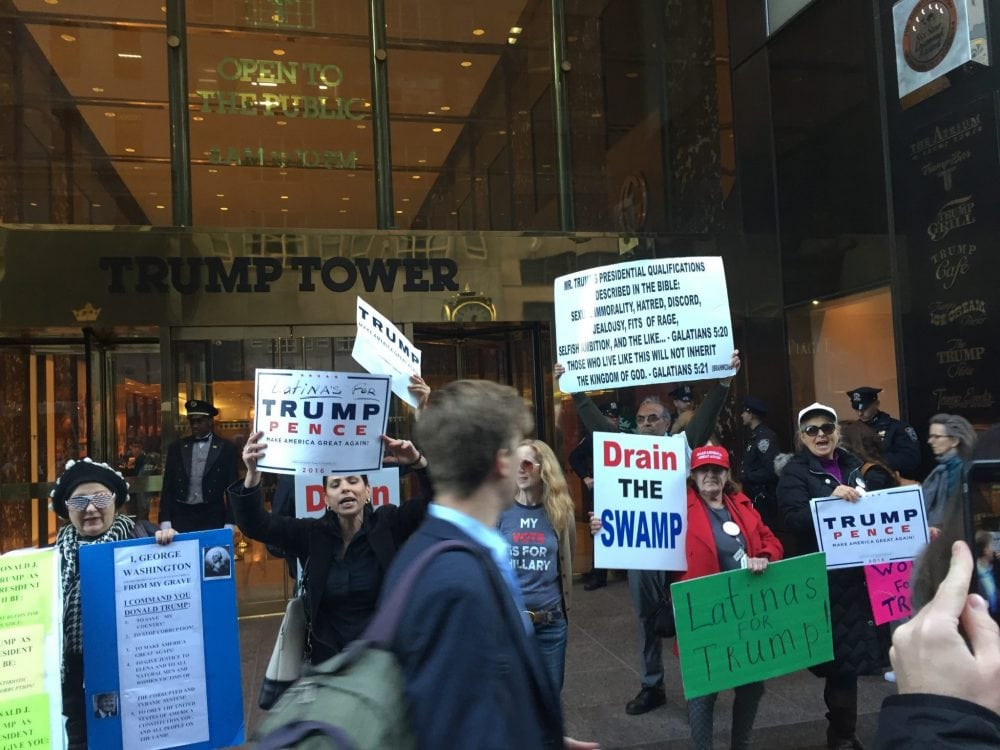 Perhaps the overriding sentiment towards the election currently pervading New York City is one of apathy. On one level this is unsurprising, as the primaries and secondaries have by now combined to form a long, protracted process of over one year. But on another, this is an election after all, a fairly important affair.

This attitude is even observable in the news coverage. Today, a Fox News anchor’s exhaustion was unsuccessfully masked by humour when commenting that even he was looking forward to waking up on Wednesday morning. It is hard to imagine Andrew O’Neill saying something similar, no matter how endless the Brexit saga proves to be.

One place, however, that is far from politically idle is the front of Trump Tower. Everyday, from before I wake up until after I go to bed, a group of pro-Trump supporters are gathered outside it vocalising their views. I can not imagine that they sleep there, but they might. I honestly wouldn’t know.

Whilst I heard many memorable lines from this paragon of humanity, a few examples should suffice. “Why do we have to be so correct?”, “Hillary go to jail”, “No more Syrians”. And we thought that Brexit brought out some unpalatable points of view. 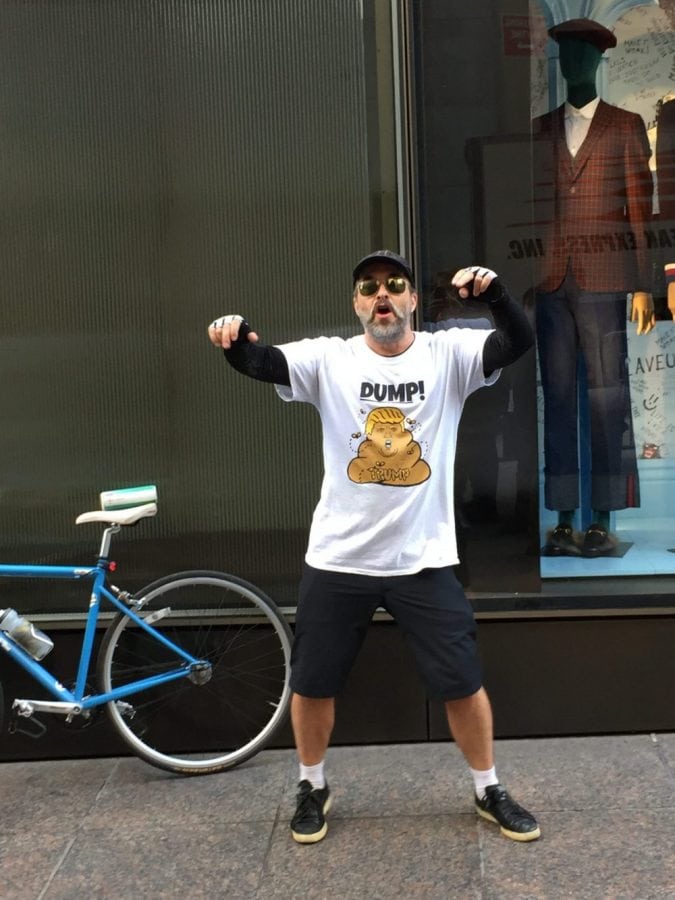 The last point is particularly worthy of consideration. One of the latest figures estimates that America has taken in fewer than 10,000 Syrian refugees since the migration crisis began. In New York City, a third of the most expensive apartments are uninhabited for most of the year. Incidentally, 10,000 people also happens to be the population of Sedona, AZ, one of the state’s smallest towns. Clearly, these Trump supporters have felt the strain of this migration influx considerably in their own lives, and their grievances deserve much sympathy.

Luckily, though, the energy at the scene is balanced by a few rebel gatecrashers, such as the man above.

Unfazed by the vitriol surrounding him, he continued to bust his moves for the duration of the 15 minutes that I was there. Such a valiant effort, however, was not actually as necessary as he might have thought; the many boos aimed at the Trumpites from passers-by spoke volumes of just how widespread disapproval of these opinions is in this city. In the meantime, Hillary maintains a healthy +20 point lead in here. Trump’s Tower might stand tall, but Trump the Man is a small force in this city.