We are now well down the league tables of overall vaccination rates internationally, and even in the UK, England has vaccinated many fewer teenagers than Scotland. Where did it go wrong? 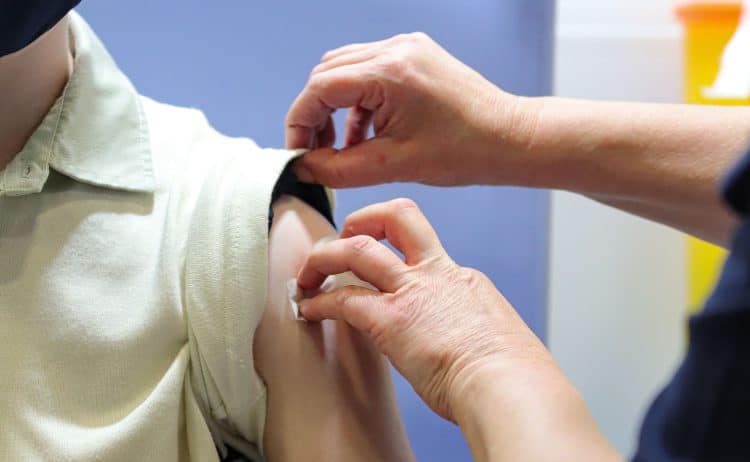 Back in May 2021, the Government was flying high – buoyant on a ‘vaccine bounce’ which it was thought boosted their results in the local elections. They were quick to take credit for the swift NHS mobilisation and there was a lot of self-back slapping from Johnson and team, most of which was undeserved- the rapid NHS mobilisation was the key factor.

As I wrote in early September, the government looked like they may have ‘dropped the ball’ with the Vaccine programme. It now looks like it is in trouble (at least in England), and we are seeing the results of this now: world beating Covid rates; large numbers of teenagers missing school; and a fresh NHS crisis.

We are now well down the league tables of overall vaccination rates internationally, and even in the UK, England has vaccinated many fewer teenagers than Scotland. Where did it go wrong?

Firstly: delay of decision making: As a good train driver knows – if you set off late, you usually arrive late. The obvious is that it is harder to catch up than it is to leave on time.

The comparative lagging in vaccinating is a lot do to with starting late, and then giving the NHS a ‘hospital pass’; expecting the workforce in autumn crisis mode to be able to make up for lost time.

A summer of dither and delay over boosters and vaccinating teenagers resulted in mixed-messages and wasted 2 or 3 months of vaccinating time. Whilst European countries were vaccinating 12-15-year olds before school started, our government’s committee took a long time to advise against it (on borderline evidence at best) and was promptly overruled – this was a blow to confidence in the vaccine. Not to mention how difficult it has made it for schools and health nurses to vaccinate in the middle of a school term with Covid ripping through the kids, nurses and teachers.

With the booster vaccines, we expected the green light to be given mid-summer so we could get going in early September (which is when we start the flu campaign, aligning the two makes a lot of sense). This decision did not happen until mid-September, giving very little time to mobilise.

Secondly; asking a crisis hit NHS to step up at a historically difficult time of year was always going to be tough, and one of the reasons this is hard is the years of neglect in investing in the NHS – there is only so far you can stretch people.

Primary care, secondary care, community care services are in crisis mode.  With understaffing, burnout and sickness (a lot due to Covid ironically), flu campaigns, waiting list catch up and a public who have decided that everything should go back to normal- it is a lot to ask. A good example is the vaccination of teenagers in schools by school nurses. This service has been stripped back by austerity policies (funded by the decimated public health grant); asking it to deliver mass vaccination in the middle of a school term was setting it up to fail.

Thirdly, back in December 2020 the key calls were made correctly (mainly by the civil service and NHS), now decision making seems wobbly and does not seem to have learnt from previous successes. One example of this was the decision (only just reversed) to just vaccinate teenagers in school (in contrast to Scotland and other countries who have community drop-ins as well). Another example is the reduction in the role of Primary Care in the booster campaign. Accidentally or deliberately, the availability in ‘local vaccine centres’ is dropping, as the direction has shifted to coping with the surge in demand in Primary Care. The hostile environment created by parts of the media and the government has also demoralised GPs and staff, shifting the focus to self-defence and survival rather than extra weekend vaccinations shifts.

Back at the start of 2020 Primary Care was core to the success of the rapid rollout of vaccines. The advantages then were the ability to move quickly (small organisations), the very local nature of the service (especially important for elderly and the poor), and the detailed understanding and information of the ‘registered list’. Relying on national data and recall letters will always be clunkier and open to error. Relying on more distant large vaccination sites disadvantages those who find it hard to travel, through disability or poverty.

In short, our country will catch up, but it is disappointing that unforced errors in decision making and a lack of short and long-term investment and support to health services has weakened our national effort.