The wall was never a real, concrete object, but a symbol of resistance to demographic and social change. 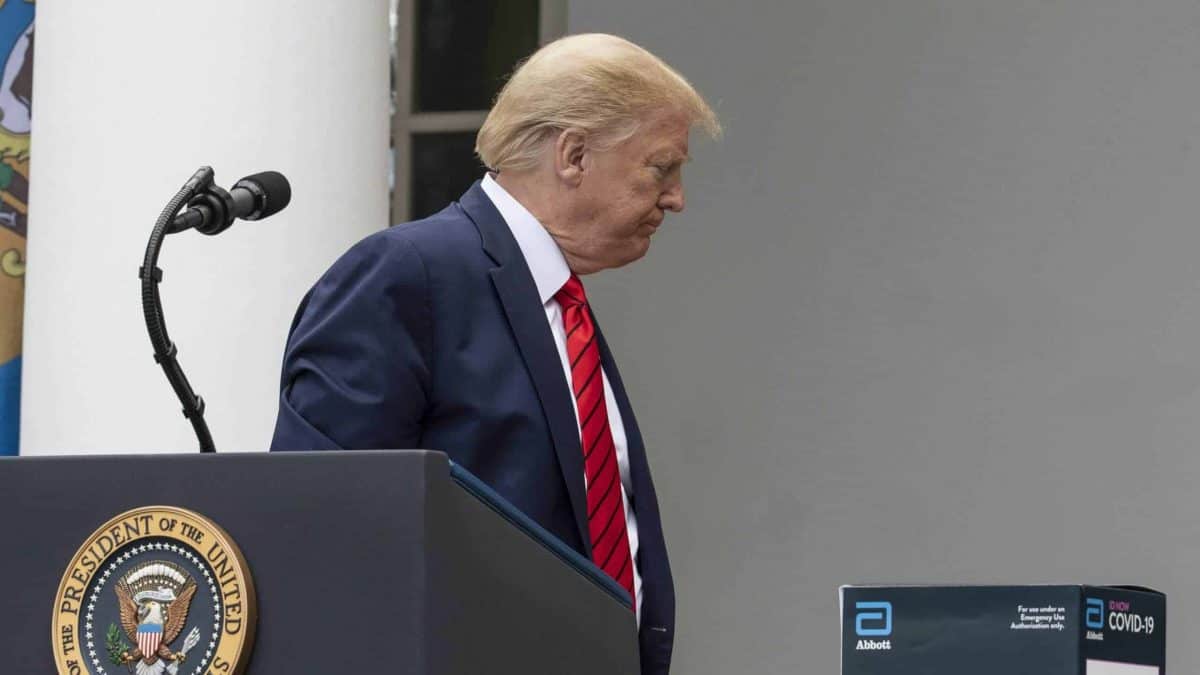 Donald Trump’s critics – and they are the many, not the few – revel in his little failures. When a TV address gets poor ratings or a conservative pollster shows the President trailing Joe Biden, his opponents scoff and chortle.

And well they might. By all reliable accounts, Trump is exceptionally thin-skinned. Little setbacks affect him, jokes cut him to the quick. But there’s one area where his opponents have it all wrong: the wall.

It’s pointless to note that the border wall has not been built. A central plank of Trump’s 2016 campaign, it was a fantasy from the outset. His administration has sometimes highlighted improvements to already existing barriers but the ‘big, beautiful wall’ Trump promised isn’t there and never will be.

Trump’s promise of the wall was never going to be fulfilled. Only the most moronic of his supporters really believed he’d build it, and those voters probably think he’s done just that. For the rest of Trump’s base, the wall was never a real, concrete object – despite what many of them gleefully told polling companies and the press.

The wall, in almost a sick parody of Pink Floyd, was and is a symbol. It is a symbol of resistance to demographic and social change. That change was represented by Barack Obama, whose political success combined with his blackness and relative youth rattled a large section of white America in a way nothing else had since the Soviet Union.

Obama’s America was, to large swathes of white conservatives, an America of gay marriage, an America of the irreligious, an America where the old narratives of ‘greatness’ were collapsing under the withering gaze of the nation’s racial legacy.

Like a loyal child desperate to defend a beloved parent accused of wrongdoing, millions of Americans rejected the rebalancing of privileges embodied by Obama. A majority of Republican voters doubted Obama was even an American, doubted his Christianity, doubted his legitimacy as president. Most of these voters still do.

What Trump embodies is the ‘old’ America or more accurately, the imagined America in Cold War propaganda, classic Hollywood movies and revisionist history. It’s no surprise that Trump defended Confederate memorials or that his frame of reference is 1950s and ‘60s pop culture. He is the physical outpouring of a particular American psyche – once all conquering, now rapidly fading from view.

Donald Trump is the wall. In religious terms, he is a bulwark against enemies real and imagined. Those enemies are appropriately legion: ungrateful minorities who still whine about historical wrongs, sexual minorities who still make some people’s flesh crawl, ‘liberals’ who don’t think 1959 was the peak of American virtue, self-styled conservatives who were never really conservatives at all and so on and so on. Donald Trump stands against them all.

Trump’s supporters are a minority. That reality makes them uncomfortable, while the unavoidable demographic changes coming down the pipe terrify them. But the hard numbers don’t matter. They see themselves as the real Americans. They’re more worthy, more grateful, more entitled to rule than everyone else.

In 2016, conservatives compared a Hillary Clinton presidency to a terrorist attack and Trump to a hero who tackles a hijacker. The principle is the same. Trump is the wall standing between his supporters and a future they abominate. This November could be their last chance to keep hordes out.

Related: The defence of the indefensible, why does Boris need Cummings?