The US president is the most powerful person on Earth. Only America has a military capable of launching an invasion anywhere in the world. America’s economic power lets it put huge pressure on countries that act against its interests. And the cluster of alliances with the US at the centre allows its president to shape […] 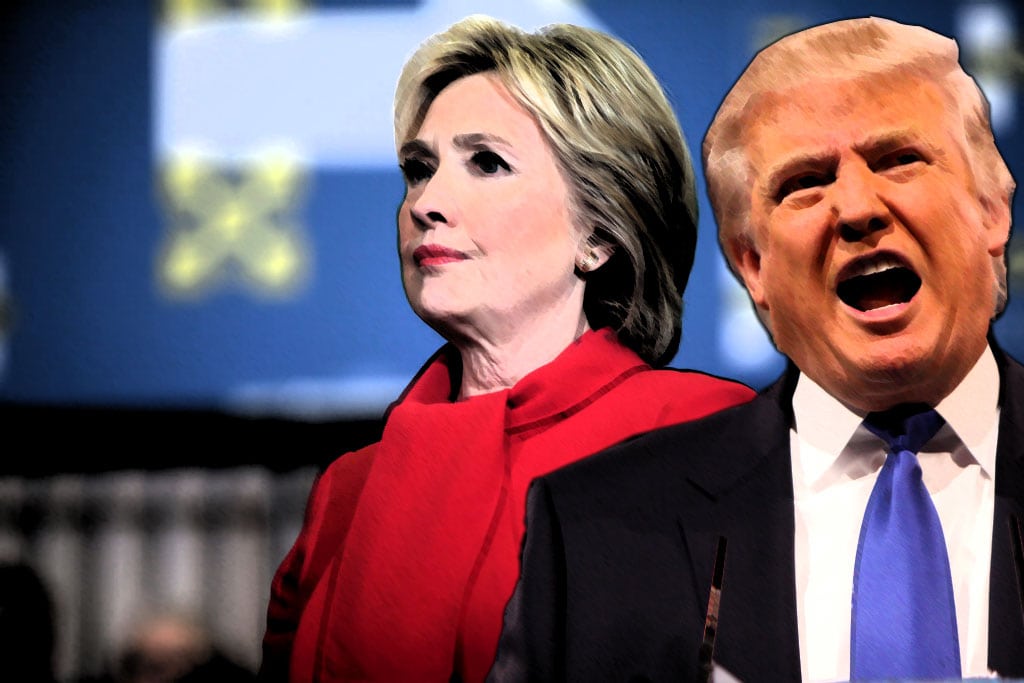 The US president is the most powerful person on Earth. Only America has a military capable of launching an invasion anywhere in the world. America’s economic power lets it put huge pressure on countries that act against its interests. And the cluster of alliances with the US at the centre allows its president to shape the world in ways never before possible for one person. That’s why we watch American presidential elections with a combination of fervent interest and stomach turning dread. A president can lead the world into a golden age of peace or plunge it into war. And we can’t vote.

No-one in history has had as much power as the US president. Roman emperors could be murderous tyrants, but their reach was limited. Geography and technology restricted the Caesars to their immediate surroundings. Imagine Nero with drones. Is the comparison unfair? After all, Amercia is a democracy. But that democracy is shaped by huge amounts of cash. Cash buys TV ads, mobilises voters, gets candidates on the ballot and, ultimately, wins elections. Even if the influence of money on American voters doesn’t undermine the inherent goodness of democracy, there are other concerns. The US system is infamous for its gaps. The constitution is not designed for a 21st century world power. Tradition, political expedience and personality have filled the gaps in US democracy with a shocking centralisation of power.

The president has grown more and more powerful during the 20th century. America’s security apparatus is in the hands of whoever holds the Oval Office. We only need to remember George W. Bush’s authorisation of torture and extraordinary rendition to see that. The US Congress has given the president more and more enumerated powers. President Obama can send drones into allied countries, kill American and non-American citizens without trial, launch airstrikes in nations across the world and use the security services to gather huge amounts of private and secret information. He can, and he has done all this. We don’t know what decisons Obama has taken that are classified top secret.

The Bush administration was able to launch an illegal war against Iraq. America convinced its allies, including Britain, to join it in defying the UN. That war was based on bad intelligence and outright lies. The rest of the world tried to stop the American coalition but the effort was doomed to failure. America tortured innocent people, ran prisons like gulags, misled the world about WMDs and violated the sovereignty of their allies. No-one was ever punished, no war crimes charges were over brought even after thousands of pages of evidence became public. And now Americans will choose a new person who will have this kind pf power.

Donald Trump and Hillary Clinton will face about 150 million registered voters on November 8th. About 60 million eligible voters aren’t registered. Even if they were, 200 million people deciding the fate of 7 billion is anything but fair. A Donald Trump presidency probably won’t destroy the world. But his policies, if enacted, would have devastating consequences on the world economy. Trump says he wants to effectively end immigration – notice he speaks of immigrants as only potentially coming to America under his presidency. His anti-free trade policies, his fantasy about reclaiming lost industries from abroad, his fascistic aim of forcibly deporting 11 milion people – these ideas would change the nature of Western society, and threaten the future.

Hillary Clinton is a hawk on foreigh policy. She has problems with transparency and ethics. And she’s shown again and again that she’s willing to use American power anywhere and any time realpolitik might demand. Just like Obama, she’ll use drones, air strikes and special forces with impunity. She was Secretary of State when American-led bombings ended Gadaffi’s regime and destablised Libya. She was happy to support a renewed military dictatorship in Egpyt and supports American air strikes in Syria.

Whatever the morality of the two candidates’ policies, their influence on the world is undeniable. In a better world, no one person would be given as much power as the US president. The ability to invade and destroy foreign nations, target and kill individuals all over the world and shape global politics in their own image is a terrifying amount of power to give based on one liners, gaffes and ad buys. Once again, the US presidential election is the most important in the world. And we can’t vote.