The gig economy is a symptom of neo-liberalism and works to take the good life from millions of working-class people who work in it. We need our unions to be strong again to defeat it. 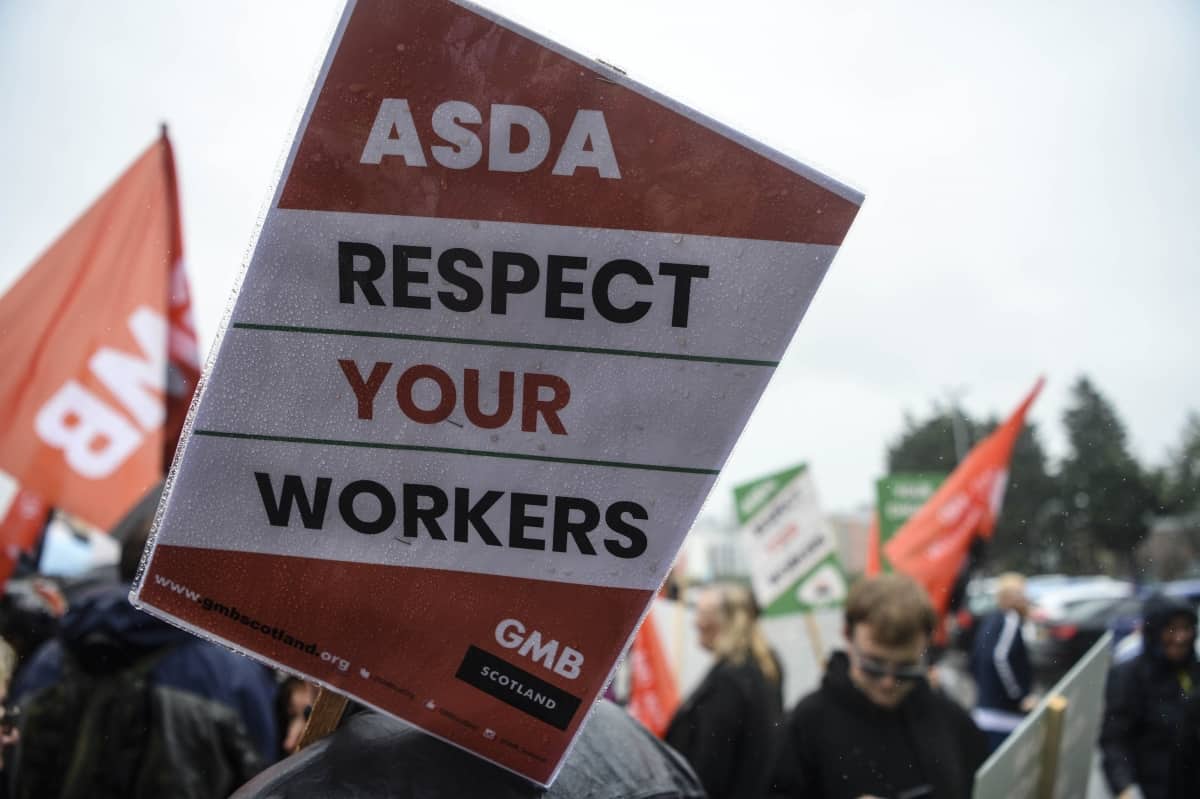 Unions are dying, long term membership is falling and the scandal around ASDA workers is a direct result of their lost power because of their declining membership.

The Unions lost large amounts of trust and legal power in the decades following the ’80s but they are needed to help workers in this worsening neo-liberal economy.

Their lack of power is noticeable and in order to destroy the ‘gig economy’ and bring about a fairer, safer, more sustainable working environment we all need to be unionised.

Whatever their failures in the past unions have an impressive win record.

Not only did trade unionism form the Labour Party they helped win a minimum wage, right to paid holiday and paid paternity leave, and the list goes on.

But despite this union membership has been on the decline for 40 years, especially among the young.

It reached a record low in 2017 and has only risen slightly in subsequent years. This alongside the harsh anti-union laws enacted by Margaret Thatcher have left all but a few unions almost powerless.

Rise of the gig economy

The result has been the rise of the gig economy and the fall of working standards for workers.

Zero hours contracts have made sustainable work tricky to find and conditions in some companies, especially the large multinationals like Amazon are at levels unfit for humans.

The new ASDA contracts are a perfect example of neo-liberal corporations exploiting an unprotected vulnerable workforce.

The new contracts mean employees will be forced to work Bank Holidays and does not pay for breaks.

The comparison to a heavily unionised sector is dramatic.

Those who work on the railways have also been very organised. The RMT are probably the most militant union in the country and alongside the TSSA they represent workers across all franchises across Britain’s railways.

RMT are known for causing chaos but critically looking after their own. The average base pay for a driver is £47,705 per annum, for Tube drivers that number exceeds £50,000.

They also work to protect guards and keep safety for workers at expected level.

Salaries for train drivers are often viewed as ridiculous, and this view is excusable in a low paid economy like the UK, but it highlights the supreme benefits of a strong union that stand by their workers and collectively bargain for workers’ salaries and a standard for other unions in other sectors to aspire to.

That is hard though.

It is harder for Unions to operate and defend workers that it has been previously. They no longer have access to employees at work, there are strict rules about balloting and turnouts required to deliver strike action and sectoral collective bargaining is prohibited with some companies denying workers the right to collectively bargain such as Deliveroo.

Collective bargaining is key to driving up wages by using the combined power of the workforce to negotiate salaries for all employees together.

The logic behind this is obvious as it is trickier to replace 50 workers than one and this shifts the balance of power back towards the employee.

Labour want to introduce legislation that would force big companies to recognise a specific union with which to bargain over pay.

Most European nations also have union representatives on company board of directors, a policy called co-determination that holds huge opportunity for transforming the economy.

Labour has pledged to repeal the trade union act, bring in co-determinisation and strengthen the power of unions via introducing sectoral collective bargaining but without the large memberships of yester year unions will not hold as much power.

In nations like Sweden the Unions are powerful enough that there is no official minimum wage. Instead it is decided sector by sector between unions and businesses.

This de facto minimum wage for hotel workers is over 50 per cent higher than our legislated one which supports the pay of our lowest paid workers. The unionisation rate in Sweden is 71 per cent, in the UK it is 23 per cent.

Membership increases and pro-union legislation together provide the opportunity to increase workers’ rights, standards and pay in this country but without even without the legislation in place there is no excuse for being disorganised.

Unions can still help workers in a variety of situations – most importantly if you are falsely accused of malpractice.

Exploited by the capitalist class

Unions also hold significant benefits to minorities who are most often exploited by the capitalist class.

Their commitment to fighting for higher wages collectively means they are part of the solution to solving various pay gap problems.

Unions offer women the numbers and support that means corporations have to take their demands seriously and its time the feminist movement and trade unions join hands in this fight.

But in the long-term, union membership is in danger.

Those aged 16-24 are least likely to be in a union, yet younger workers are more likely to have zero-hour contracts. Membership in this age group is at 8.4 per cent.

It is evident unions need to find ways to attract young members. It is tricky when unions can’t always protect their members or deliver them higher pay but so many young people working in the gig economy need union representatives to help improve their working conditions.

Whether that means upping efforts to find members via social media, or improving political education among young members so they encourage their peers to unionise young people need unions now more than ever.

In fact, we all do, the gig economy is a symptom of neo-liberalism and works to take the good life from millions of working-class people who work in it. We need our unions to be strong again to defeat it.