Power seems to be slipping away from the racists and the cynical opportunists who make a living feeding in their wake. 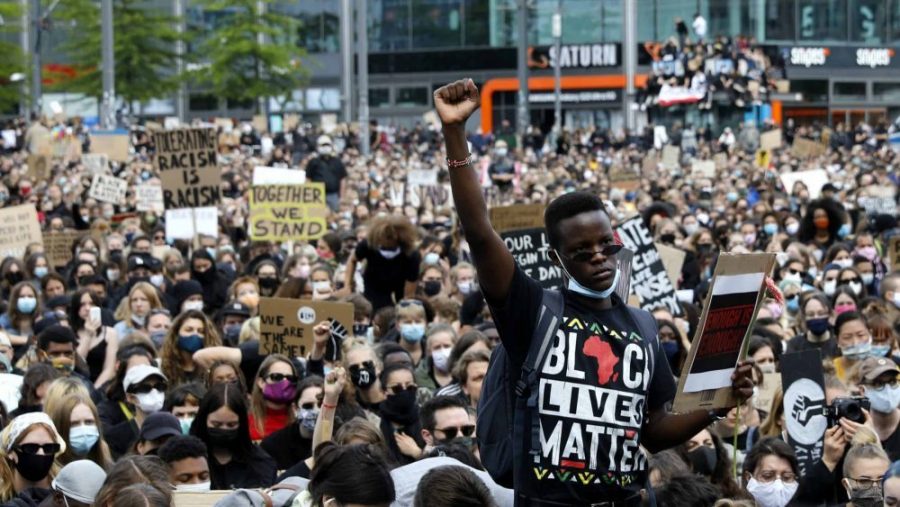 Protests, marches, riots – these are not unusual responses to injustice. Pent up anger periodically explodes into public action. Sometimes protests are successful – a statue is taken down, a mayor apologises, a police officer is charged with assault – but these successes are often fleeting.

The establishment is powerful and resilient. It can usually bend to protests without breaking the status quo. Aided by an increasingly propagandised media, a political class that doesn’t really care about racial injustice can snap back into place, while the public’s memory is perishingly short. Every new protest is a shock and a revelation. Even generally unbiased media fail to contextualise public anger.

This time, it feels different

But this time, it feels different. This time it seems the anger is getting results and the usual methods to distract or tamp down public outrage aren’t working. This is reflected in an incredible ABC News/Ipsos poll that found 74 per cent of Americans see George Floyd’s death as part of a racial injustice problem.

Just six years ago, after the deaths of so many African Americans at the hands of police, a majority did not see a racial divide in policing. This was the first warning that the American establishment should have heeded.

These numbers have been borne out in the protests. White Americans have come out onto the streets and been subjected to unwarranted police violence. Videos of these assaults in turn have spread throughout social media and outraged millions. Many white people are seeing the reality of policing in America for the first time.

Something in the air

Some politicians – mainly on the left of the spectrum, but by no means exclusively so – have sensed something in the air. Democratic governors and mayors have refused to deal with protesters harshly, despite President Donald Trump’s shrill demands. Some Republicans, too, have openly broken with Trump without any repercussions so far.

Statues of Confederate slaveholders are coming down in a symbolic and moral victory. Though campaigns to remove statues have often been a distraction from wider issues – and successfully weaponised by the right – this time it is different. The dethroning of Bristol’s Edward Colston was a landmark moment. It was the first indication that Britain might finally confront its’ own history of racism, imperialism and oppression.

Huge media companies are reassessing the racist content they offer, multinationals that hankered for Trump’s tax cuts have unambiguously supported the protests, former U.S. military leaders have denounced the president and current military leaders have moved to end the use of the Confederate flag. Even NASCAR, a Southern institution, has bent to the public will on the issue, while the NFL has basically admitted Colin Kaepernick was right all along.

The floodgates have opened. Celebrities are offering unprompted apologies for the casual racism of the past, authorities in the UK are reassessing questionable public monuments and – more importantly – their relationship to discredited and racist historical figures.

The reaction of the hatemongers

None of these questions are easy but one indication that things might be different this time is the reaction of the hatemongers. Politicians and media that have thrived in the fetid atmosphere of division are struggling to cope with this moment in history.

Donald Trump has spiralled into insane conspiracy theories about Antifa provocateurs and frequently threatens to send in the troops to quell peaceful protesters, while his enablers on Fox News have ginned up false claims about domestic terrorists coming to get God-fearing Americans. Has this shifted the public mood? Not one bit.

In the UK, a prime minister whose career is peppered with race-baiting divisiveness has remained on the side lines. His ministers have also stayed largely aloof. Arch-instigator Nigel Farage compared Black Lives Matter to the Taliban – a condemnation so impotent it must be a cry for attention.

The hatemongers in the propaganda press are struggling, too. They’ve always tread a fine line between denying racism exists and openly peddling it, now they’re desperately clinging to faux outrage about defaced statues and the usual pompous lectures: “Umm, actually, racism isn’t a big problem because…” isn’t cutting it anymore.

Is this a Maidan moment, as some have suggested? Is this 1968 without Richard Nixon? They say history rhymes, but sometimes it doesn’t. Sometimes history writes an entirely new verse. Power seems to be slipping away from the racists and the cynical opportunists who make a living feeding in their wake. Is this finally the real thing?

Related: In hindsight, the Tories have been warned all along