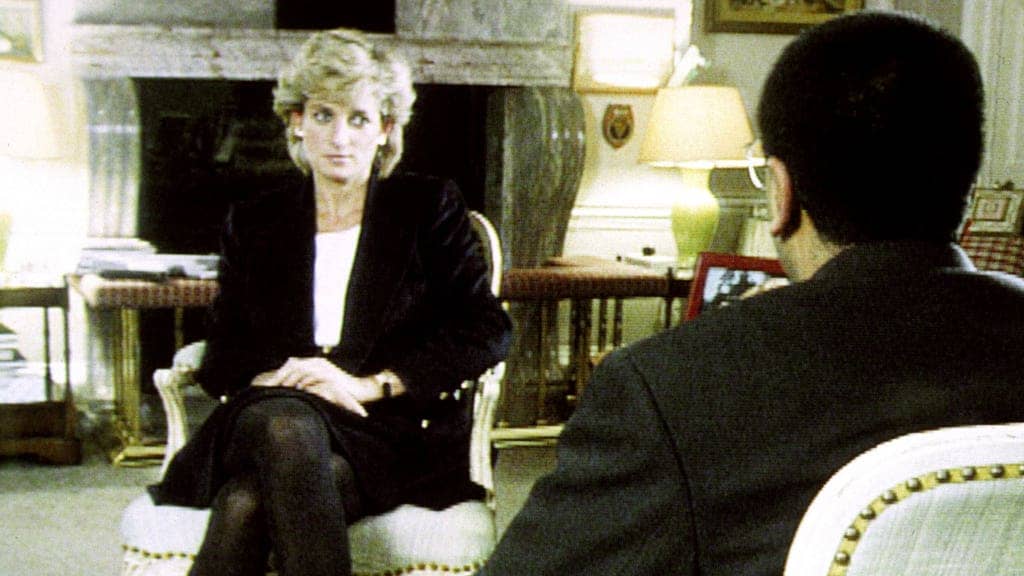 The government is destroying the values that it describes as “British”: freedom of assembly, the very union itself, and now even the BBC.

On the one hand the Tories think that the BBC is too liberal and critical of their operations, like a toddler that has all the toys except one and throws a tantrum. On the other, they see the BBC as a commercial opportunity for their friends and donors. Rather like the fragmentation-for-profit of the NHS, Team Johnson wants to create “market incentives” for one of the last British institutions.

The recent Dyson report into the Martin Bashir interview with Princess Diana from 1995 presents a perfect opportunity.

Although “Auntie Beeb” is a classic British institution respected around the world, have no illusions: it was set up by Tories to undermine the working classes.

The BBC was established by John (later Lord) Reith in 1922. Reith was a self-described misanthropic psychopath: “I suppose I am and always have been completely self-centred, I have no ordinary human kindness or tolerance. I have brilliance, intellect and all sorts of things like that … Loathing the common people, I will rarely admit greatness in others.”

Yet, Reith understood that some degree of objectivity was necessary if the BBC was to succeed. Historian Christopher H. Sterling points to the BBC’s coverage of the General Strike of May 1926, noting that the government-approved BBC Charter was up for renewal, “placing it in a precarious bargaining position in any disagreement with the establishment.”

Then-Chancellor Winston Churchill’s position was an early example of coercion against the BBC: “I first quarrelled with Reith in 1926, during the General Strike. He behaved quite impartially between the strikers and the nation. I said he had no right to be impartial between the fire and fire brigade. The nation was being held up.”

More recently, Dame Patricia Hodgson, former chair of the media regulatory body, Ofcom, noted that ITN’s license is periodically reviewed by ITV. She said: “There are some lessons here … for making the BBC a little bit more responsive to pressure.” Hodgson also described BBC outsourcing to private production companies, which grew 20 years ago, as “a very healthy world of [independent production companies].”

Back in the ‘20s, Labour leader Ramsay McDonald wanted the views of the strikers’ aired, but the Tory government of Stanley Baldwin wrote to Reith stating that they were “quite against MacDonald broadcasting.” The BBC relented and also refused to broadcast the conciliatory message of the Archbishop of Canterbury, Randall Davidson, who had some sympathy with the strikers. Historian A.J.P. Taylor wrote: “by suppressing news which the government did not want published[,]  … the vaunted independence of the B.B.C, was secure so long as it was not exercised.”

Reith later wrote that the Tories “did not commandeer [the BBC], but they know that they can trust us not to be really impartial.”

After the Second World War, the upper echelons of the BBC worked closely with the Security Service (MI5) to vet 6,300 prospective employees: or one-third of the workforce. The Cold War mood was one of paranoia and social control in which every left-leaning politician, political party, union activist, anti-war advocate, striking labourer, or progressive intellectual was suspected of being a pro-Soviet “subversive.” The vetting process continued into the 1990s.

During the so-called Troubles, successive British governments used force, including military occupation, torture, and death squads, to quell Catholic/Republican civil rights and terrorism in Northern Ireland. The unlawful “internment” of suspected Republic terrorists began in 1971 and with it pressures not report the facts. “[W]e’re being repressed,” then-World at One reporter Jonathan Dimbleby protested. His editors vetted each script and refused to allow him to interview doctors and priests who could have corroborated the reports of torture.

In the mid-80s, Thatcher proposed a review of the BBC Charter to part-fund the institution with advertising revenues. Thatcher’s plans, which included designing television sets to prevent viewers from accessing the BBC, would have “put pressure on the BBC to be more competitive, and it would be consistent with the government’s aim of giving people as much free choice as possible.”

Tory Leader of the House of Lords, Willie Whitelaw, opposed the idea on financial grounds. But money wasn’t the point. The agenda was to marketise information and to reduce it to the lowest common denominator and thus make the BBC even more subservient to government interests. Thatcher suggested employing the “free market” economist Alan Peacock to head a committee into the part-privatisation of the BBC.

Like their slow NHS privatisation designed to strip each generation of rights their parents enjoyed, the Tories understood that rapid and wholesale privatisation of the BBC could backfire.

Historian Christian Potschka writes that Peacock suggested pursuing “a moderate reform agenda of gradual change, aiming to preserve some core cultural elements within public service broadcasting.” Unlike Johnson’s gang today, Thatcher did not have the backing of her party, with prominent Tories raising concerns in confidential memos.

In 2016, the Tory Department for Culture, Media and Sport spent taxpayer money on the private consultancy firms Oliver & Ohlbaum Associates Ltd and Oxera Consulting LLP, arguably to give the Department the answers it wanted: “the Market Impact Assessment (MIA) framework (developed by Ofcom and the BBC Trust for new BBC services) [could be applied] to existing/continuing BBC services.”

The “New Right” Institute of Economic Affairs think-tank also published a report that year, which concludes: “There are no feasible reforms that can eliminate bias. Instead, the state should uncouple itself from the BBC and remove compulsory sources of funding.” Based in Tufton Street, home of climate denial pressure groups, CapX is a subsidiary of the Tory think-tank, the Centre for Policy Studies. A 2019 CapX article describes license fee reforms as “music to the ears of many free-marketeers.”

Under the pretext of caring about the stress caused to license-fee payers under the current rules, Baroness Nicky Morgan took a step towards implementing the IEA’s ideas. Morgan pointed out in 2020 that decriminalising non-license fee payments will “almost certainly have an impact on BBC funding.” Luckily, the “free market” can step in to save the day. The Tories’ new vision of a Public Broadcasting Service integrates subscription services to “compete” with Netflix and Amazon as well as advertising that targets individual users.

In October of that year, the government fired a warning shot at the BBC, stating that it was “looking at a range of options” to sell the government’s stake in the part-private Channel 4.

But some commentators are so rabid that they think even privatisation won’t save the irredeemable left-wing BBC—to enter their fantasy. The Telegraph, for instance, tells us that a “drastically-slimmed down BBC should either become a customer-owned co-op, or float on the stock exchange and be allowed to raise equity financing.”

The Tories have no decent policies and only succeed electorally because the left is split. Their “populist” ideas about house building, infrastructure regeneration, and transport are pretexts to drive wealth to private equity firms. To cling to power, they have pursued a reckless “Little England” strategy in which anything other than Brexit-loving, monarchy worship is anti-“British”. In the process, they have risked bringing “The Troubles” back to Northern Ireland, boosted previously low support for Welsh independence, and have triggered the start of a second Scottish independence referendum. The Bashir interview with Princess Diana and the recent Dyson Report that exposes the BBC’s failing is conveniently timed for the Tories. They can wave the flag and cry crocodile tears for the monarchy while using the incident to realise their long-term agenda of dismantling one of the last British institutions.