"No wonder we have had so many variant outbreaks, with Conservative chaos on border protections." 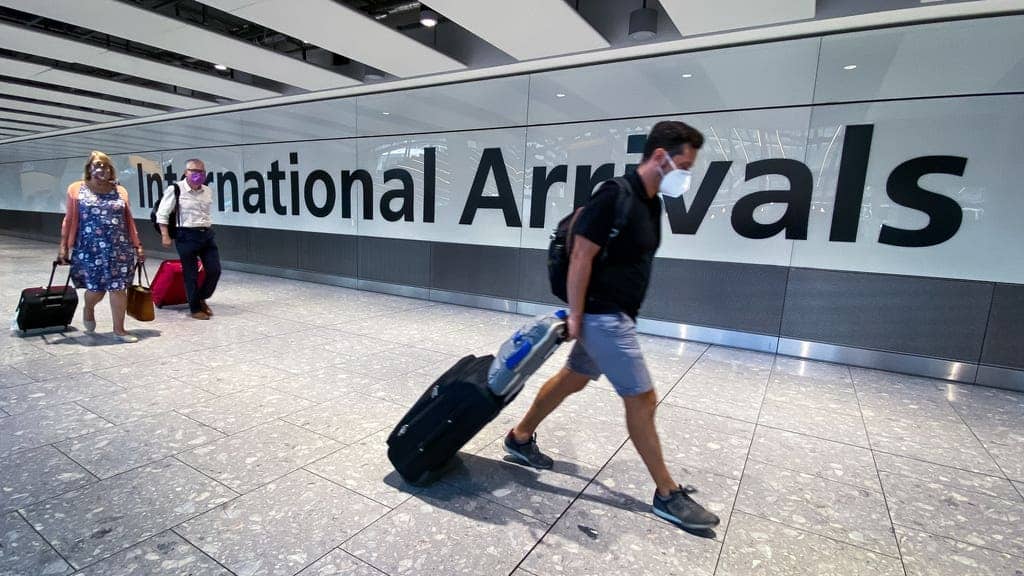 New figures show more than 1.5 million people flew into the UK between January and April – when the UK’s borders were supposed to be heavily restricted.

Some 1.59 million people entered the country in the first four months of this year, with around two-thirds of arrivals non-UK nationals.

Since the first lockdown in March 2020 more than 12 million people have flown into the UK, Home Office statistics reveal, with Labour saying the figures demonstrate that the government’s border policy is “weak and dangerous”.

Shadow home secretary Nick Thomas-Symonds said: “The Conservatives’ border protections against COVID are weak and dangerous, putting our hopes for freedom at risk.

“Time and time again, the UK government promised strong border measures, but the truth is now out – millions of people have been flying into the UK with only a tiny percentage going into hotel quarantine.

“It’s beyond reckless that so many people arrived during the third lockdown when international travel was supposed to be tightly restricted. No wonder we have had so many variant outbreaks, with Conservative chaos on border protections.”

And I’m saying this not only in relation to the “take back control of our borders” Govt failing to do exactly that the one time it matters, but also the choice of individuals. Who is still travelling in such huge numbers during a pandemic and lockdowns all around the world?

The Home Office figures say that, between the point when the third lockdown began on 6 January and the end of April, 521,700 UK nationals came into the country and 1,070,200 non-UK nationals arrived.

During that period, travel was generally forbidden for Britons for all but essential reasons, which included work, family issues, illness etc.

It is only since 17 May that travel for holidays has been allowed, and even then only to a handful of green list countries.

The quarantining system that banned non-UK or Irish residents entering from red list countries started on 15 February, but it appeared to have little impact on the numbers coming to the UK.

The director general of the Border Force, appearing alongside Priti Patel at a hearing of the Home Affairs Select Committee in February, said that at the time about 1 per cent of those entering the country were going into quarantine.

There has been widespread criticism of the government’s border policies amid fears variants can enter the country by sidestepping any quarantine system that is in place.

The government’s own list of variants of concern or under investigation lists eight out of the 14 as coming from abroad.

A Home Office spokesperson told Sky News: “Protecting public health is our priority and as we reopen international travel safely we will maintain 100% health checks at the border to protect the wider public and our vaccine rollout.

“We have some of the most stringent border measures in the world, banning travel from red list countries, Implementing passenger locator forms for all arrivals and implementing a strict three-test regime for arrivals.

“Border Force check every passenger who arrives at the border to ensure they have complied with the health measures and we have overseen mandatory 10-day quarantine for those arriving from amber countries at home and in a managed facility for those from red list countries.”