Arriving at Latimer Road tube station in Kensington at first glance you feel you have arrived amidst the Notting Hill Carnival which is held in the area every August bank holiday. The streets are busy and full of people that reflect London diversity. Every street corner is dotted with police minibuses whilst offices in neatly pressed […] 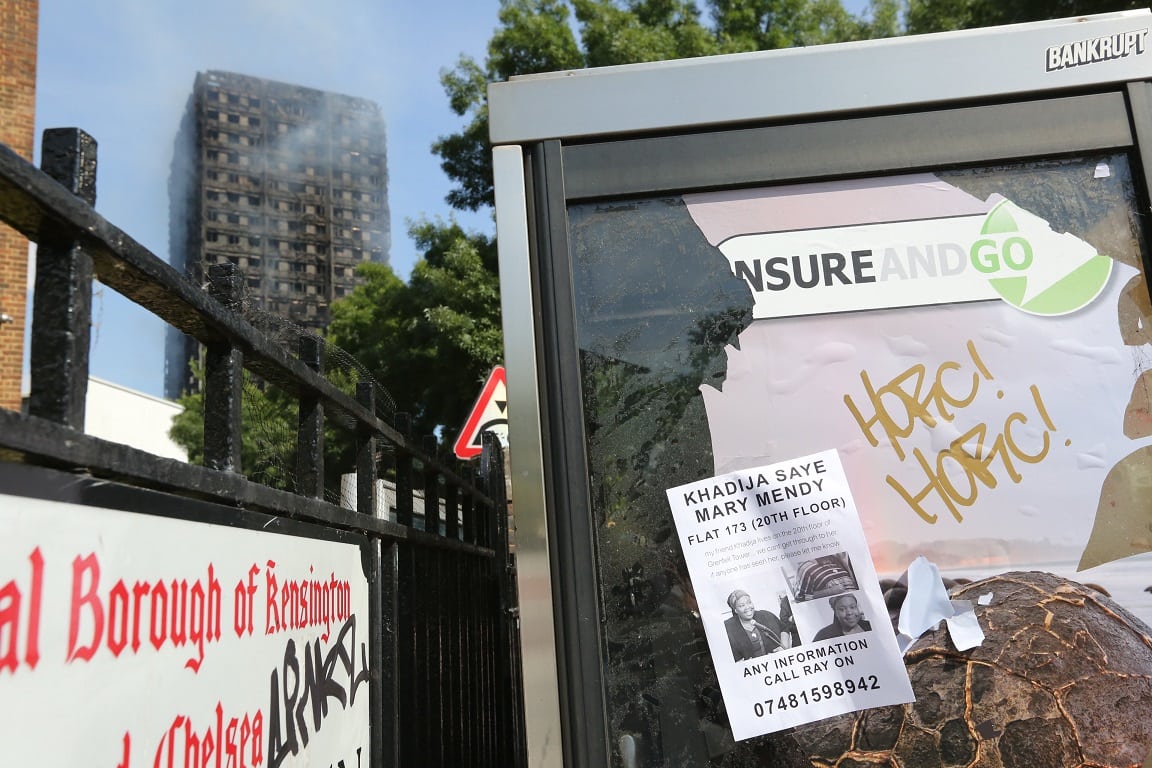 Arriving at Latimer Road tube station in Kensington at first glance you feel you have arrived amidst the Notting Hill Carnival which is held in the area every August bank holiday. The streets are busy and full of people that reflect London diversity. Every street corner is dotted with police minibuses whilst offices in neatly pressed short sleeved shirts smile as they pass in you in pairs.

Food stalls dish out food from across the world with a smile and a kind word, bottles of water pilled high against the walls. And then it grabs you, the food stalls are giving out free food, lined up next to the water bottles is piles of top branded toothpaste and nappies that could stock any supermarket high street store for a month, gone are the ice cream vans to be replaced today by TV film cars beaming out across the globe the preventable tragedy that is #GrenfellTower.

A giant wall greets you with messages of solidarity from Glasgow to Kurdistan and the names of the missing, whilst side streets are packed with people moving boxes and bags of donations on an epic scale, every one is a volunteer. It is noticeable that you see no sign of the Council, the Government or any of the big charities in charge or part overseeing what is truly a huge community operation here.

This is truly a people’s community run by, organised by and totally empowered in their goal of helping each other and making sure this time they will get justice and some one will take responsibility. They own this community and they will fight and stand strong to defend it come what May. 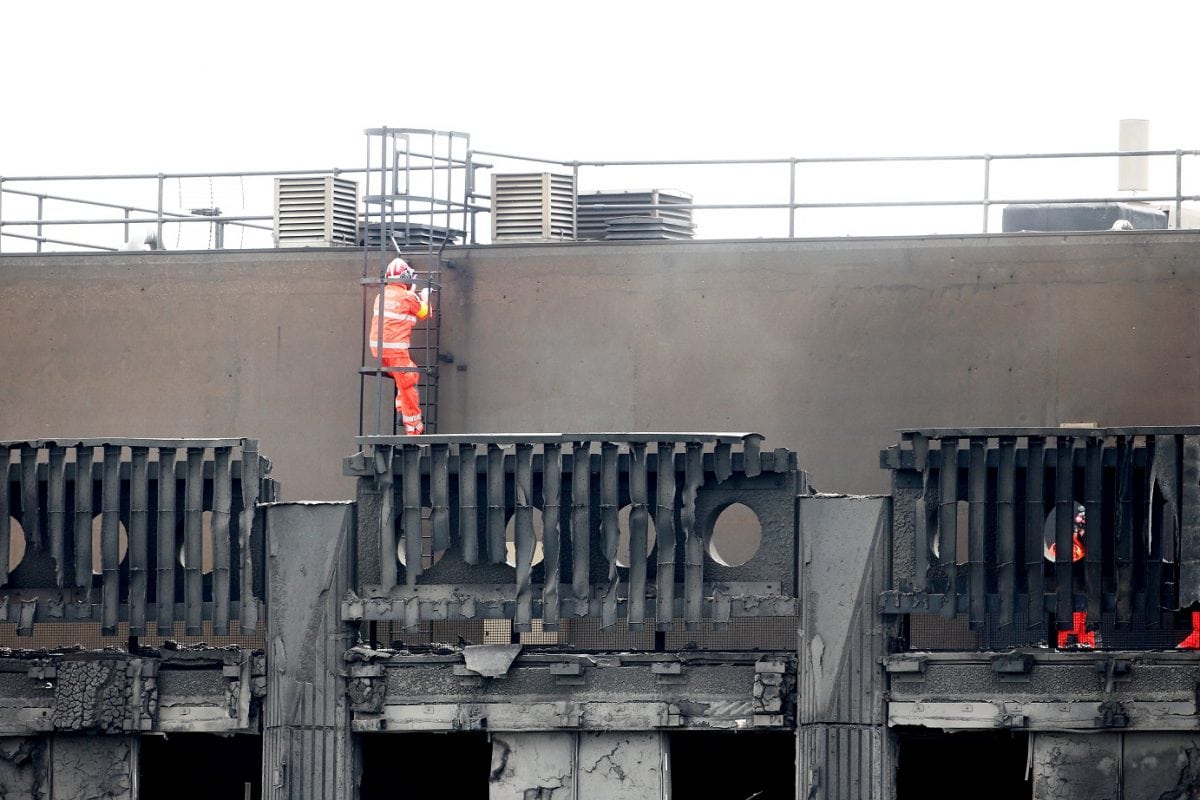 The streets are eerily quiet and spotlessly clean as if not to distract you from the endless pictures of mainly woman and children missing on every fence, letterbox and bus stop, with only the discarded ice cream cone dropped by a toddler on one of the hottest days of the year.

And then you see it……. just yards from the station Grenfell Tower slate grey and huge and stark against the bright blue and cloudless sky. At another time you would think was an art installation. And then the reality bites. This is in all its twenty-seven storeys is the largest tomb stone in Europe and the resting place of of so many whose massive loss will probable change our politics forever .

This place, this time, is not like anything I have experienced. 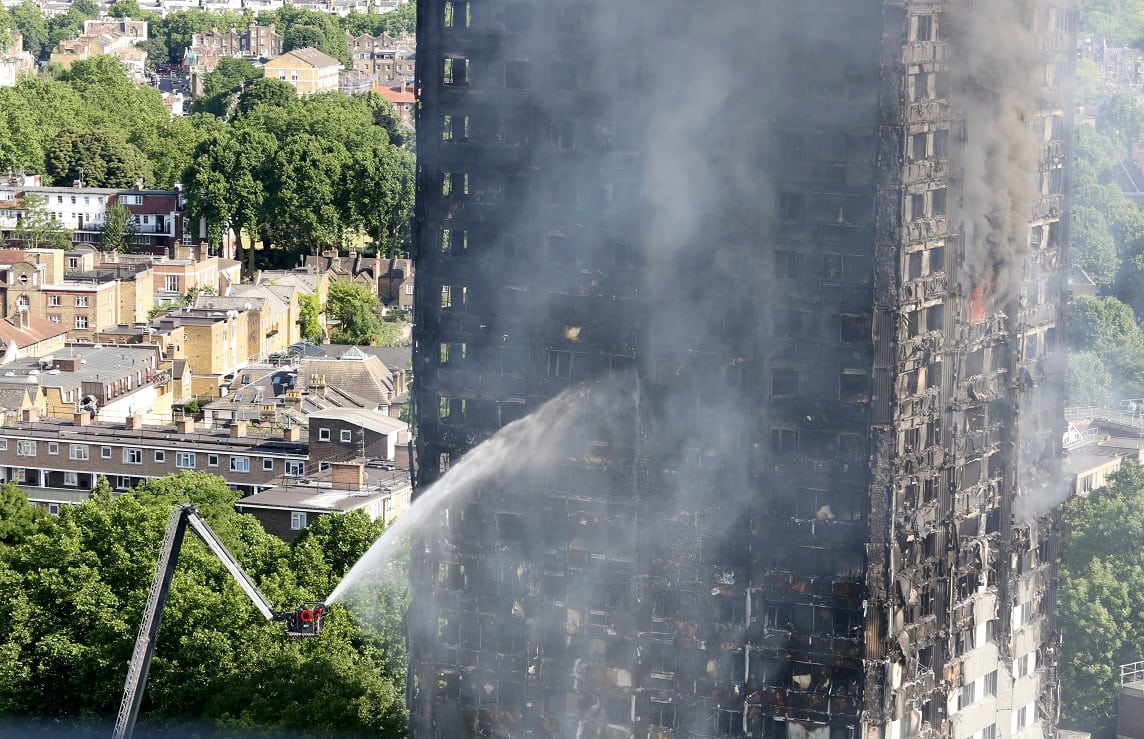 On each street corner people share stories, the woman reporting how she tried to keep her friend calm who was in the tower and could not get out by saying the firemen were coming for her, but they never did. The woman telling the horrific story of watching her family surrounded by fire banging on the windows for help and all she could do was stand and watch.

Another man eager to talk and surrounded by an increasing large number of people wants to talk, but with tragedy of this scale how do you start? .

He asks people were have they all come from, and a woman chips in “we are ALL Grenfell” as he gives out the details on the marches and protests and pleads for calm and that we as a community must be united in using law in OUR favour to secure justice its our way.

Moving away from the crowds you see neighbours talking and supporting each other and you feel as if you are intruding on someone else’s grief and yet but for fate anyone of us could have had a loved one or a friend in Grenfell .

You get this awful gut feeling whilst wanting to give everyone a giant hug, people are on the streets in many cases because they do not no what else to do. Anger is clear, less than £5,000 was saved by not going for the better fire retarded cladding. Sprinklers are in every hotel and yet the homes of the poor seem to have no value. Why no fire drills they ask? Why has no fire safety procedure been updated in 50 Years? Why was the concerns of the tenants ignored?

Why after every public enquiry and every death in a tower block has there not been one conviction and no improvement in tenants safety? Questions go on, but this is a human story these are mums, dads, friends, lovers. nieces and nephews that must get JUSTICE .