After the shock of Donald Trump’s election last November, many people took comfort from his acceptance speech and his speech after meeting Obama at the White House. After his incendiary campaign, there was hope that his craving for public approval would mean that he would govern more like a conventional Conservative politician and build a […] 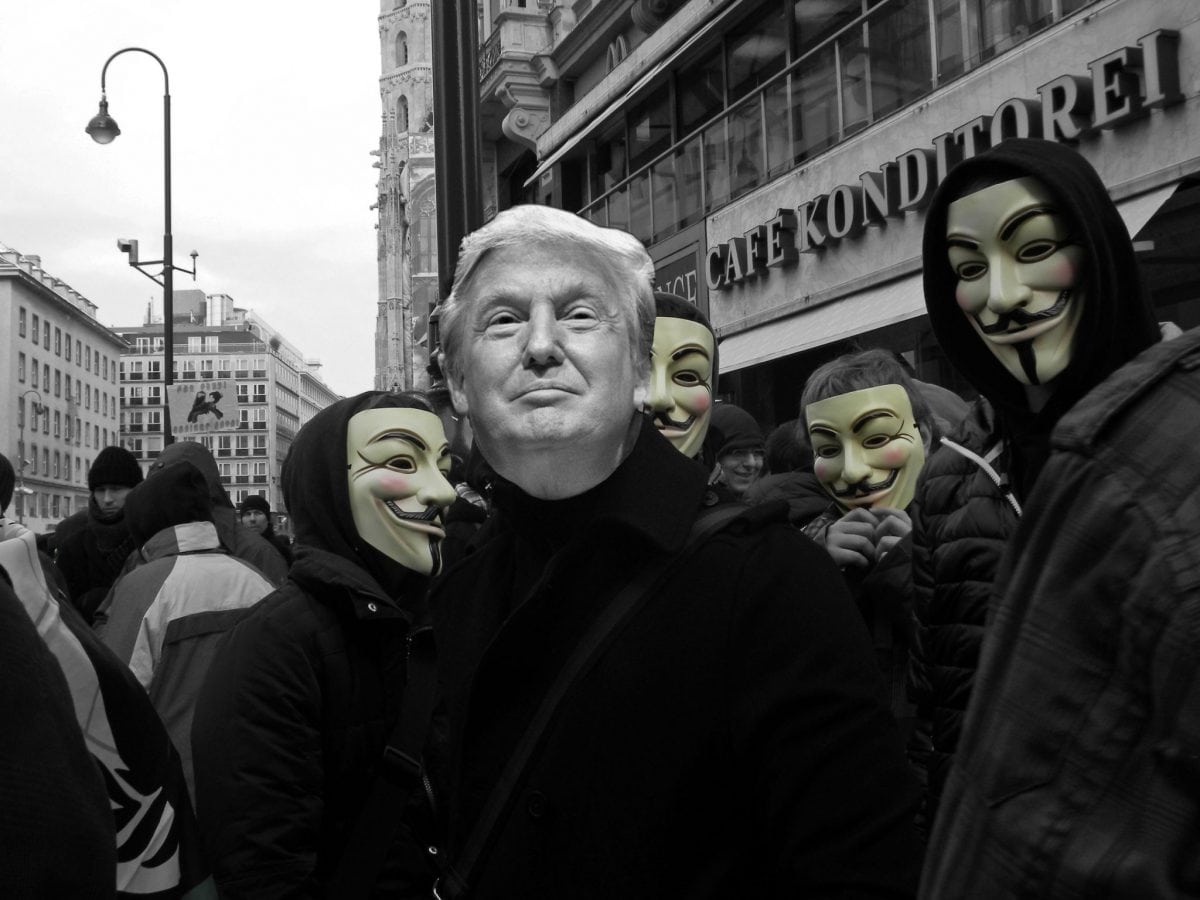 After the shock of Donald Trump’s election last November, many people took comfort from his acceptance speech and his speech after meeting Obama at the White House. After his incendiary campaign, there was hope that his craving for public approval would mean that he would govern more like a conventional Conservative politician and build a wider base of support. His first week in power has shattered this illusion. It would be a mistake to assume either that his first actions show his governing inexperience or that the reactions on the streets indicate that his winning coalition is fracturing.

Trump thrives on chaos. His closest advisers have designed an initial “shock and awe” campaign to destabilise Congress and the media while reassuring his base that he would follow through on his campaign commitments. From the millions who turned up for the Women’s Marches the day after the Inauguration to the spontaneous demonstrations around the world in response to the immigration Executive Orders, it can appear that he has overreached and mobilised a huge resistance movement. This sense has been backed up by media coverage that apart from echoing liberal shock that he is actually doing what he said he would do, has made endless fun of Trump’s narcissistic obsession with crowd sizes and imagined voter fraud.

I was in the large group of people who thought during the campaign that most of what Trump was saying made little or no sense. Trade is not a zero-sum game where a trade deficit means you are ‘losing’ and are the victim of a ‘bad deal’. The vast majority of manufacturing jobs lost in the last 20 years have been automated, not stolen by China and Mexico. You can negotiate any kind of trade deal you like, but cars are never going to be welded by human beings in Detroit ever again. Imposing a Border Tax on imports from Mexico was always going mean that the Wall will be paid for by US consumers rather than Mexico. Barring entry to the US for anyone from the 7 nominated mainly-Muslim countries whose citizens have been responsible for a grand total of zero US deaths is not going to keep out any ‘bad dudes’ and was never going to be more than a gesture. Trump is clearly going to push ahead with all of these policies but I have no faith that their inevitable failure will alter the current political balance. The dominant feelings in society that politicians have to address are economic insecurity, cultural dislocation and fear of terrorism from ‘the other’. Politicians from the non-Populist left and right have vainly tried to make the (factually correct) case that Globalisation and immigration have been hugely beneficial for not only the developing world, but developed societies as well. The percentage of the world population living in absolute poverty has declined by 30% in the last 30 years. They have also cautioned that converting fear of terrorist attacks into a Clash of Civilisations narrative only exacerbates the risk. There is no solution to global terrorism without the involvement and support of majority-Muslim countries. With the exception of Angela Merkel in Germany, most of the politicians making this case have been defeated, with Brexit and Trump being only the two most discussed cases. Just look at Hungary.

So I settled down this week, glued to Morning Joe, State of the Nation and the Sunday talk shows, to watch the Trump train start to derail. Post-Brexit Britain will be more of a slow motion accident but surely once people actually witnessed the full horror of what electing a proto-fascist narcissist would lead to, the scales would start to fall from their eyes?

Speak to people outside the NY, DC and Coastal bubble and the people who voted for Trump love what he is doing. Every strident newspaper editorial and ref-faced celebrity just confirms their view of an out-of-touch elite. Not for the first time, Trump has hit the nail on the head. After the Women’s March, he reached for his trusty Samsung phone and tweeted:

“Watched protests yesterday but was under the impression that we just had an election! Why didn’t these people vote? Celebs hurt cause badly.”

I would hazard a guess that everyone who has marched in the last week either voted for Clinton or were in the 47% who didn’t vote. I would be shocked if there were many (any?) remorseful Trump voters. The fact that he has strong-armed of couple of companies to keep a couple of hundred jobs in the US has convinced his supporters that he will, indeed, bring back the jobs. The challenge for people who reject Trump and Brexit populism is to develop an effective narrative that addresses peoples’ real concerns without either accusing them of being racists, xenophobes and economic simpletons or declaring that their leaders are mad and/or bad. Just waiting for the populists to fail isn’t going to work. They may fail objectively but that may not be a problem for them in a post-truth world. You know that, whatever happens, Trump will declare that his Presidency has been a huge success, the most successful ever. The fact that the protests of the last week have had zero impact on his support show how much work has still to be done. We are living in a new political world now and different rules apply. As David Frum wrote this week in The Atlantic, “When liberals insist that only fascists will defend borders, then voters will hire fascists to do the job liberals won’t do. This weekend’s shameful chapter in the history of the United States is a reproach not only to Trump, although it is that too, but to the political culture that enabled him.” During the primary campaign, Newt Gingrich talked about policies that address the concern about rising crime rates. The interviewer pointed out to him that crime rates were actually falling but Gingrich responded, “Yes, I know that, but people FEEL that crime is rising. I’m a politician and I have a choice between facts or what people feel, I’m going to go with what people feel”. This combination of populists being the only ones to address peoples’ concerns and their ability to create their own reality is a dangerous combination.

It would be a huge mistake to look at the actions of Trump in his first week, and the public reactions to them, and think that he has had a terrible start. This type of campaign is exactly what his closest advisers like Stephen Bannon and Stephen Miller have been recommending. Bannon describes himself as a Leninist who wants to tear down the establishment. The fact that most of the mainstream media have been highly critical merely feeds his view that the establishment media are the opposition. There has been much speculation about the effect that a Trump presidency will have on America and the world but everyone who is shocked and horrified by his first week needs to wake up quickly. The reactions to what has happened are going to do little to change the situation. Trump and Co will be delighted by how things have started out and will be emboldened to keep going. He won the election in November but I suspect he is in a stronger position now.

What is the alternative message on jobs and security? Saying ‘Trump’s a monster’ didn’t work in the election and it won’t work now. We need to do better….