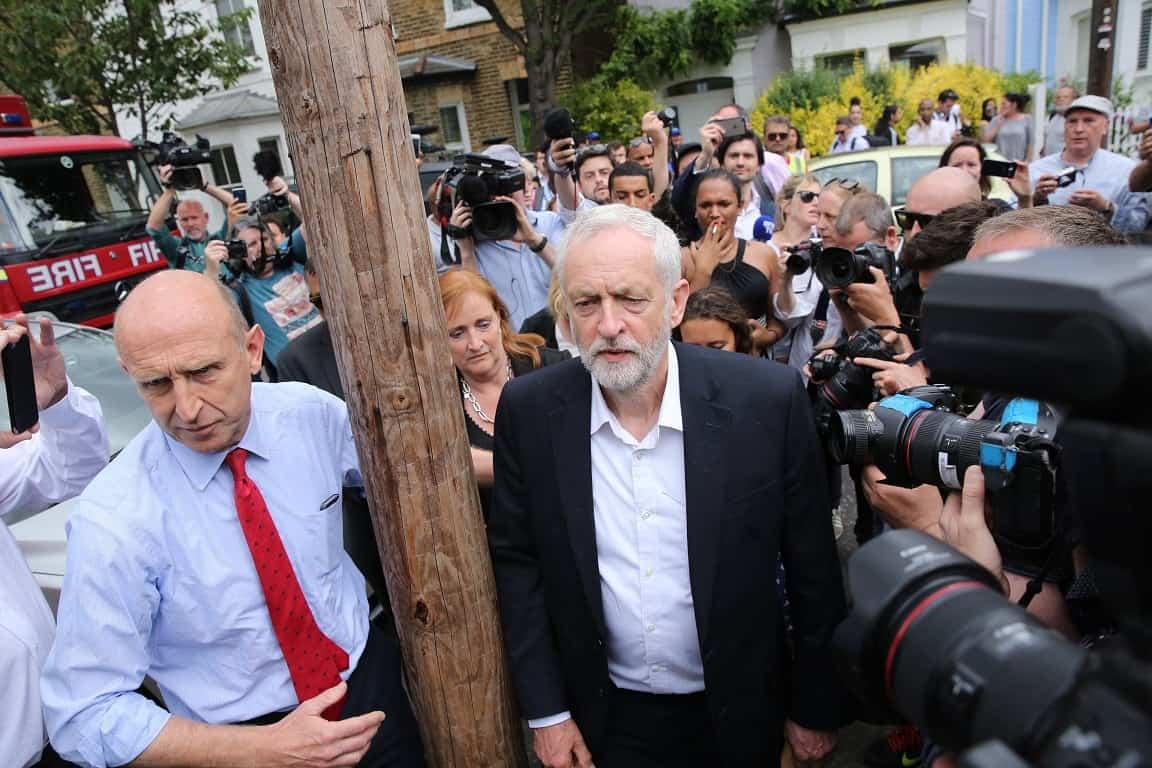 When Tony Blair stormed into power in 1997 he ushered in a new era of reconciliation between left and right wing factions of the political spectrum.

Crowning it the Third Way he gave birth to a brand of centrism that would come to dominate the New Labour era, spilling over into the Cameron years as the two major parties grappled over the so-called ‘middle ground’.

But today the climate couldn’t look any more different.

Tired of the status-quo

In the 2017 General Election, more than 80 per cent of the electorate voted for either the Brexiteer Conservatives or a Corbyn-led Labour party.

The Liberal Democrats, who framed themselves as a more ‘moderate’ alternative, flopped in comparison.

The Brexit vote a year earlier highlighted that voters are tired of the status-quo.

Years of centrist politics had given people only austerity cuts, unpopular foreign interventions and a lack of any coherent vision for the future of the nation.

The time for radical agendas

Both in the UK and abroad, the rebellion against centrism is in full flow. And for good reason.

We live in a time when nearly four million people in the UK have been forced to use food banks, when 44 per cent of the UK’s wealth is owned by just 10 per cent of the population, when two-thirds of children are living in poverty-hit families in pockets of some large cities.

We live in a time when the Doomsday clock is two minutes to midnight, with eminent scientists and experts describing our planet as on the brink of a man-made global catastrophe.

What the country and planet needs

While many people rue the fact that the Labour Party is not led by a ‘moderate’ centrist, the radical politics of Jeremy Corbyn are exactly what this country and the planet needs.

Moreover, a bold, sweeping manifesto which Corbyn will offer may be exactly what will resonate with voters during the coming General Election.

Centrists have struggled in recent elections, perhaps because voters are grown fatigued with a tried-and-failed strategy, exposed as an approach that offers nothing to radically change society for the better.

The Brexit vote and the rise of increasingly populist movements around Europe highlight this appetite for radical political change.

Most starkly, the most emphatic rejection of centrism was the election of Donald Trump against Hillary Clinton.

Clinton lost for the same reason that the Independent Group for Change in the UK failed so badly.

Despite the certainty of the polls and pundits that Clinton would defeat Trump, and that Change-UK would appeal to the electorate, both movements were disastrous.

Their respective slogans (‘Stronger Together’, and ‘Politics is Broken. Let’s Change it’) were vacuous and unappealing. No one knew what they really stood for.

Both failed to provide an adequate or coherent defence of capitalism, which for many citizens had led them only down a path of poverty and destitution.

Without a clear message or a coherent vision for the country, few people trusted them, let alone felt inspired to cast their vote.

Donald Trump is a leader that, by all measures, appeared the most unelectable in the history of recent American politics.

His victory demonstrated that to win an election during these polarised times requires a leader to engage with problems on a systematic, fundamental level.

Trump convinced the electorate that a rigged economy and bad trade deals were to blame for their misfortunes, and promised to ‘drain the swamp.’

Corbyn’s message is similarly emphatic and coherent, promising genuine change, ‘for the many, not the few.’

Unlike Trump, his stances are grounded in compassion, and a desire to eliminate destitution, inequality and an enormous wealth gap between rich and poor.

Those who wished for a more centrist or ‘moderate’ Labour leader to take on Boris Johnson fail to realise that burying principled opposition would result in growing political alienation among voters.

Corbyn may be a radical, but it is only because he grasps problems by their root causes.

He does not seek incremental changes through enacting small-scale policy tweaks, but rather has the convictions and ideas to transform British politics.

When centrists oppose ‘radicals’ like Corbyn, what they are really saying is that they oppose changing the status quo, shifting power structures, or improving the economic and social divide that engulfs the nation.

With 1.5 million people in destitution, defined as having less than £10 a day after housing costs, Corbyn’s compassionate, uncompromising approach of tackling the tax-dodgers may be exactly what people will respond to.

There is a growing division in the political world.

Rather than simply trying to correct it through an appeaser, a smooth-talking centrist with an alluring personality but little substance, what this country really needs is an unconventional visionary.

It requires a leader who genuinely has principles rather than simply towing a party line or gauging the temporary mood of the electorate.

In campaign mode, Corbyn is a different beast to at any other time.

He is inspiring, exciting, offering a hopeful message in an age of uncertainty and chaos.

Labour MPs and voters need to stop whining over their leader, and realise his potential, if they were to get fully behind him.

Over the next five weeks, the public might just realise that Jeremy Corbyn is the radical thinker this country needs.