There’s a grand old romantic comedy, released on April Fool’s Day in 1958 called Teacher’s Pet. In one scene, Clark Gable playing a crusty newsman named Jim Gannon growls and sneers at Doris Day’s journalism professor Erica Stone about the whole idea of journalism schools. ‘The only way to learn about the fourth estate is […] 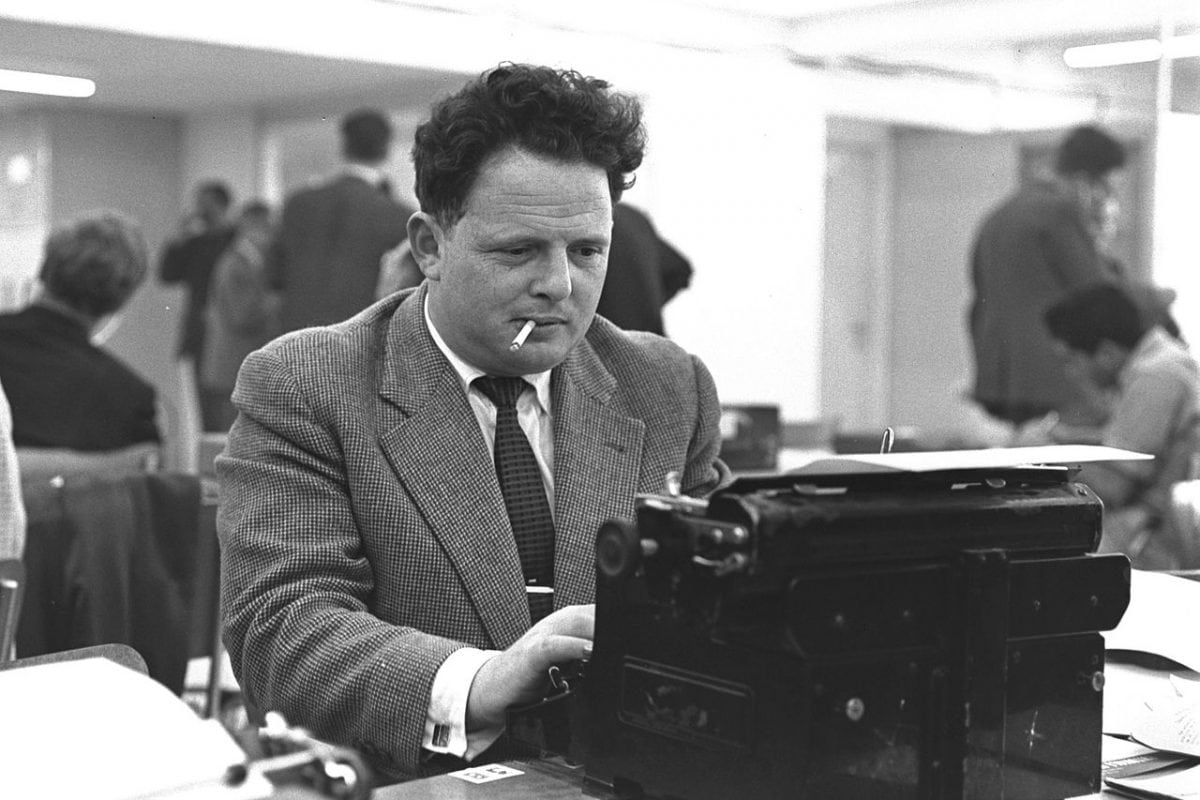 There’s a grand old romantic comedy, released on April Fool’s Day in 1958 called Teacher’s Pet. In one scene, Clark Gable playing a crusty newsman named Jim Gannon growls and sneers at Doris Day’s journalism professor Erica Stone about the whole idea of journalism schools. ‘The only way to learn about the fourth estate is with first-hand experience. In the school I graduated from there were no lectures without four letter words in them.’ To which Professor Stone ripostes, ‘Newspapers can’t compete in reporting what happened any more, but they can and should tell the public why it happened.’ And thereby hangs a rather sad modern tale.

I’m not so sure there has ever been a Golden Age where journalists in general have been held in much high esteem – the immediate post-Watergate period comes to mind but that didn’t last long. There are individual exceptions of course. By repeated polling results the late American news anchorman Walter Cronkite was named the most trusted man in America so often that the phrase virtually became his calling card. In Britain, by the way, the most trusted person gets swapped back and forth between Sir David Attenborough and Her Majesty the Queen. The semi-retired Sir Trevor McDonald ranks highest amongst news media types.

There gloomy statistics to prove the conventional view that journalists are seen to be about as truthful as a gossiping hairdresser. And actually, that’s not true at all. According to a 2015 Ipsos MORI poll, 69 per cent of the public find hairdressers truthful, versus a pretty lousy 25 per cent for journalists. Oh yeah? Someone told you that you looked great with that perm and it warn’t us!

Most interesting is that the self-same poll found journalists ranking just barely ahead of Government Ministers (22 per cent) and politicians in general (21 per cent). This was before Brexit as well so God knows what a 2017 number might look like. Still, what’s interesting about it is the logical conundrum these numbers present. If an untruthful group (journalists) presents the opinions of another untruthful group (politicians) wouldn’t the two negatives cancel each other out and create truth? Well no, for just as your first year Philosophy Professor would have pointed out, in scribbled handwriting next to that big, circled D on your paper, what if the two groups were in league with one another?

That is what I suspect is the reason for the lack of love for journos – we are perceived as the devil’s servants and not its exorcists. As ignorant as he may be of such things as the environment, history, or how to wear a tie properly Donald Trump does know hatred when he sees it and knows that emotion is absolutely iron filings to any magnet waved towards it. Thus fake news, fake news media, etc etc ad nauseum ad infinitum. The outcome is that 14 per cent of Republicans think ‘the news media get the facts straight’ whereas 62 per cent of Democrats agree with that statement in a Gallup poll conducted this past spring.

The entire ‘fake news’ claim would have absolutely no traction were it not for what Doris Day said in that old movie. ‘(T)hey can and should tell the public why it happened.’ That makes all the difference. The public does – I would hope – accept raw facts as presented. A van drives into a crowd in a major city, a tower block in Grenfell is devoured in flames, a protest march is held in Charlottesville. All these things happened. However, the why of each of them creates or highlights divisions.

Even something as purely scientific, and thus one would think apart from socio-cultural biases, as the weather is still prey to disagreement. At the time of this writing Houston, Texas is deluged and flooded by Hurricane Harvey. We know why hurricanes occur, we particularly know that they occur in the Gulf of Mexico, but why is this one so intense and lingering? Why has this low pressure system settled rather than dissipated? Is climate change involved? I say yes, and I have my science of a rise in the water levels of the Gulf and a simultaneous rise in its temperature over the past thirty years; you might say no, or at least reject the notion that the evidence is the result of human activity. We argue. I dismiss the articles you share to me to support your argument, you reject mine, we both start yelling fake news and nobody trusts anything. Welcome to 2017.

There is no question at all in my mind that because of the internet and social media our ability to select and follow the ‘like-minded’ has resulted in a certain hardening of opinions. Because even a wrong-headed minority view has a thousand or ten thousand web pages to back it up, that view seems more popular, more ‘correct’ than it might have in earlier days. The outcome of course is that we move from distrust to utter loathing of the opposite opinion and its messengers, the journalists.

We journos have never been that popular because part of our job is to tell people things that might not make them happy. Yes, we have our opinions and yes, we have our own biases and yes, we let them show. And yet – we do not directly benefit from having biases. No journalist is paid more for supporting Brexit than for opposing it. The owners of Breitbart or the Murdochs or Comcast reap the revenues while the journalists get work with whomever hires us. In a way we’re like the produce shelf stackers at Tesco – if you don’t like broccoli, we didn’t make you eat it, we just showed you that it is there.