Other European countries have started sending kids back to school, but as we have seen, we are not like other countries. 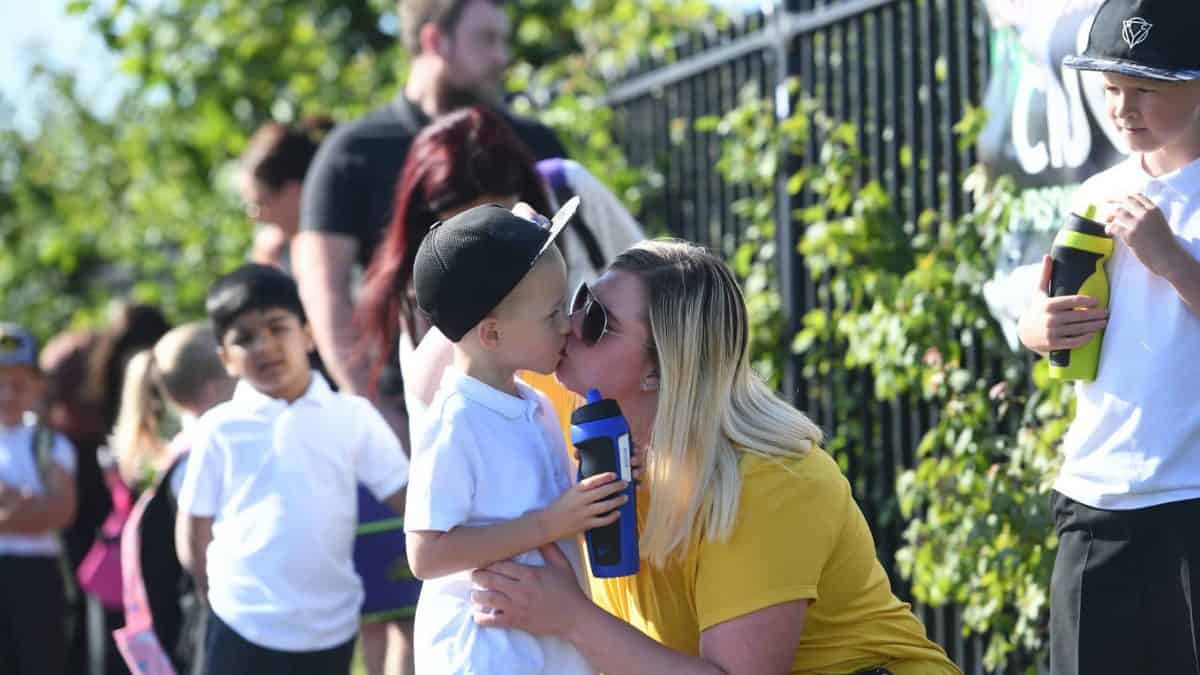 The anxiety is palpable. As the UK mortality rate rises to the highest in Europe with an estimated nearly 40,000 deaths and thousands of excess deaths unaccounted for, angry parents and teachers are venting their frustration on social media perplexed at the hasty unlocking of schools and wondering why most private schools e.g. Eton will remain closed until September.

Statistics clearly show Covid-19 deaths of primary school children is negligible, however, parents fear children may bring the virus home to infect elderly parents or grandparents, as social distancing in school is near impossible for young children. Not being able to touch and hug friends and seeing teachers wearing face masks, may also become counterproductive to the mental health of children in the long run.

Additionally, frontline teachers, who have been digitally working continuously during lockdown, have called on their unions to slow the unlocking pace, afraid to become sick from asymptomatic children.  This is virgin territory and parents and teachers have every right to be cautious.

One silver lining is the best practices and learnings of other countries whose children have already gone back to school.  Denmark is a good example.  Danish primary children up to year 6 went back to school on 15th April amid just as much parental and teacher anxiety as in the UK, however, reports suggest it has been a success and other countries are using them as a gold standard. Key changes include reducing the class sizes to around 10-15 children with one teacher in a pod which can not crossover with other pods.  The pupils eat their lunch separately, play in their own school zones and arrive in a staggered fashion with parents not coming onto school premises. Handwashing and sterilising are undertaken on an hourly basis, although, this has duly sparked a rise in eczema and skin irritation problems.  UK schools plan to follow many of these procedures with each school doing the best they can during a national emergency, however, is the UK still opening up too early as many parents and teachers fear?

One could make a judgement by comparing the COVID infection and death rates at the time of schools unlocking in different countries.  According to Worldometer statistics on April 15th, when Denmark reopened schools, they had 10 reported new deaths and 170 new COVID cases with total mortality at 571.  In comparison, the UK as of 31st May had 113 new deaths and 1,936 new cases with a total mortality rate of 38,489.  A huge difference indeed, however, to see the statistics in a balanced way population should be taken into consideration.  Denmark has 5.7 million people and the UK 67.8 million which could explain the massive difference in COVID rates, however, Denmark have 103 deaths per million with the UK at a staggering 593 per million.

It is a fact that the UK have the highest mortality rate across Europe, therefore, it would be reasonable to suggest that they should be the most cautious in lifting restrictions. Denmark felt comfortable in allowing their children back to school when their daily deaths dropped to 10, although, they are significantly smaller in population than the UK.  Germany, however, is larger than the UK with a population of 83.7 million.  They reopened schools from 4th May when their daily mortality rate was 127 people and new cases at 1,268 which is not a far cry from where the UK is today.  The UK will have recorded less deaths but more infections than Germany when schools reopened on 1st June.

If we follow the data the UK is at a point where reopening schools is prudent as Germany and Denmark have done, but this does not explain why parents and teachers feel so much unease. I would posit, it is a virulent case of distrust in a government which has consistently proved incompetent during the COVID pandemic.  In a time of crisis where a government should be leading the nation with confidence and competence the British public have been subjected to a disastrous herd immunity strategy which single-handedly disabled the influence of the cabinet when they finally realised their strategy could lead to nearly half a million deaths; dire lack of testing; a tracing ap which no one has confidence in; ever present PPE shortages; creative accounting on testing and PPE equipment; seeding care homes with the virus creating a calamity of unnecessary deaths and a lack of policy on BAME communities more susceptible to COVID.  More recently the Dominic Cummings affair has seen the whole cabinet throw their weight behind a man that the public want to see resign, leading to further distrust in a government seen by many as not fit for purpose.

Ultimately, UK children will go back to school this week and they will be happy to see their friends, to play in the sandpit albeit alone and converse and laugh with their peers.  If the correct measures are put in place including extra measures such as bubble machines in the playground, animal petting zoos etc they will be fine and parents, when they get home, I’m sure will be thorough in disinfecting so they can’t pass anything on. Teachers like our NHS staff are on the frontline and are heroes in keeping our children educated amidst dire circumstances. They will see fear in the eyes of their pupils on Monday 1st June and I’m sure will do everything in their power to make them feel secure and happy whilst keeping themselves safe also. Human beings are resilient, we will get through this.

Related: Government making it up as it goes along on reopening schools