The 90-year duopoly of the Republic’s two main parties could be over. 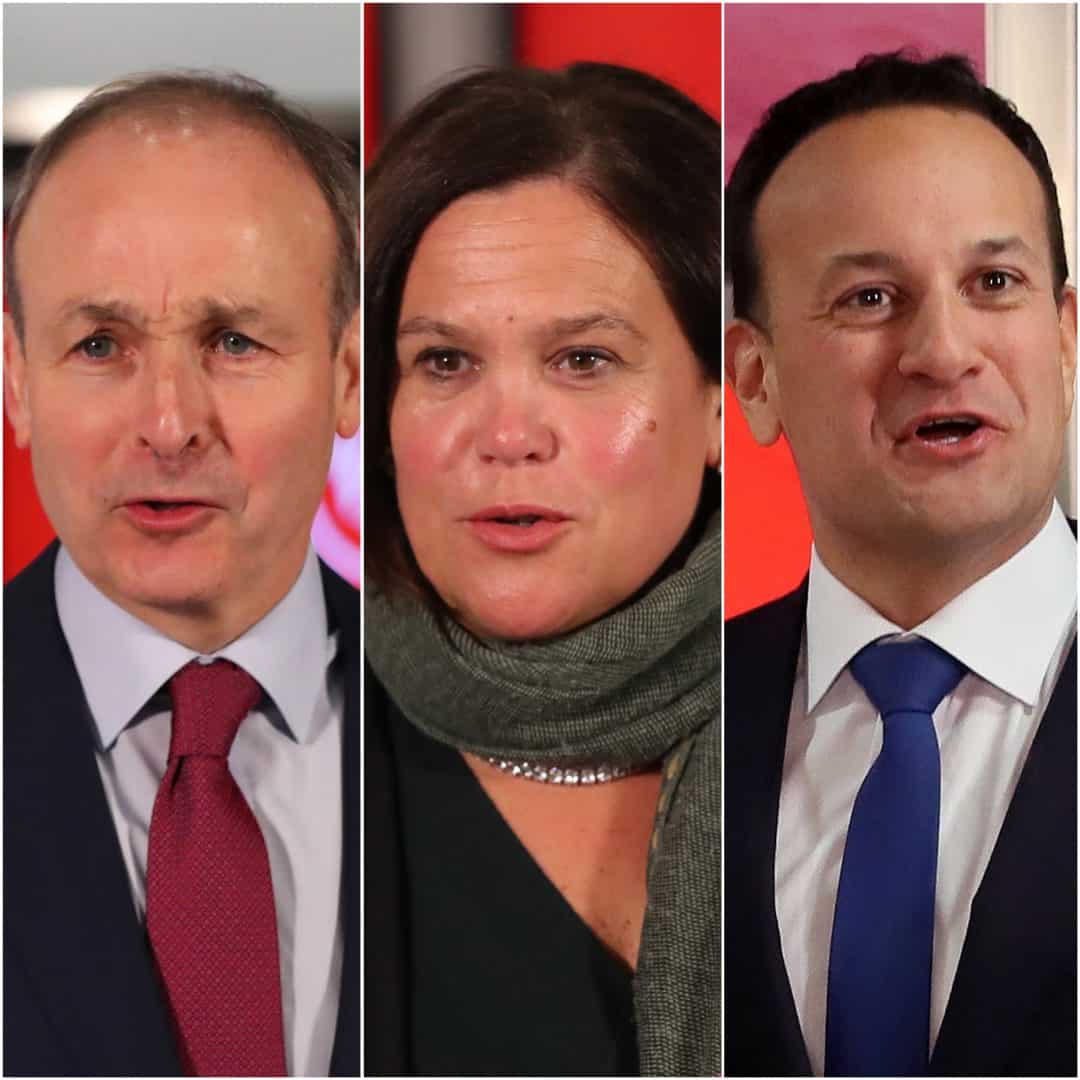 Exit polls in Ireland have indicated that the era of right wing domination could be over.

If borne out, these results would represent a dramatic breakthrough for Sinn Fein south of the Irish border – challenging the 90-year duopoly of the Republic’s two main parties.

The odds would still be stacked against Mary Lou McDonald leading the next government as taoiseach since Sinn Fein only fielded 42 candidates in the race for the Dail parliament’s 160 seats.

None of the three parties are expected to reach the 80-seat threshold to enable it to govern on its own, and a coalition administration of some complexion is almost inevitable.

Brexit did not feature prominently in the election campaign which was instead dominated by domestic issues like spiralling rental prices, record-breaking homeless numbers, controversy over the state pension age and a struggling health service.

There appears to be a mood for change, and the exit poll also suggested that Sinn Fein attracted support from younger voters who want to end Fine Gael’s nine years in power – but are unwilling to trust Fianna Fail again after the financial crash that tarnished its last term of office.

Meanwhile, the Green Party has been forecast to take 7.9 per cent, Labour 4.6 per cent, the Social Democrats 3.4 per cent and Solidarity/People Before Profit 2.8 per cent.

Negotiations to form a coalition government are likely to be complex with both Fine Gael and Fianna Fail previously stating they would not enter an agreement with Sinn Fein.

Following the last Irish election in 2016, negotiations between Fianna Fail and Fine Gael that eventually enabled the latter to form a minority coalition government took 70 days.

The exit poll, carried out by the Irish Times’ pollsters Ipsos MRBI, was commissioned jointly by The Irish Times, RTE, TG4 and UCD.

Counting will commence at 9am to tot up the final results from Ireland’s 39 constituencies.

These constituencies vary from three, four and five of the Dail’s (Irish Parliament) 159 seats.

TDs are elected using the proportional representation system, with voters allocating their preferences in a single transferable vote.

Of the leaders of the three main parties, Fine Gael chief and Taoiseach Leo Varadkar will find out if he has retained his seat at Phibblestown Community Centre in Dublin.

Sinn Fein president Mary Lou McDonald will find out if she has been returned at the RDS, while Fianna Fail leader Micheal Martin will watch his votes being counted at Nemo Rangers GAA club in his native Cork city.