We shouldn’t be surprised that asking journalists to regulate politics is producing no better results than the regime of banker self-regulation did prior to 2008. 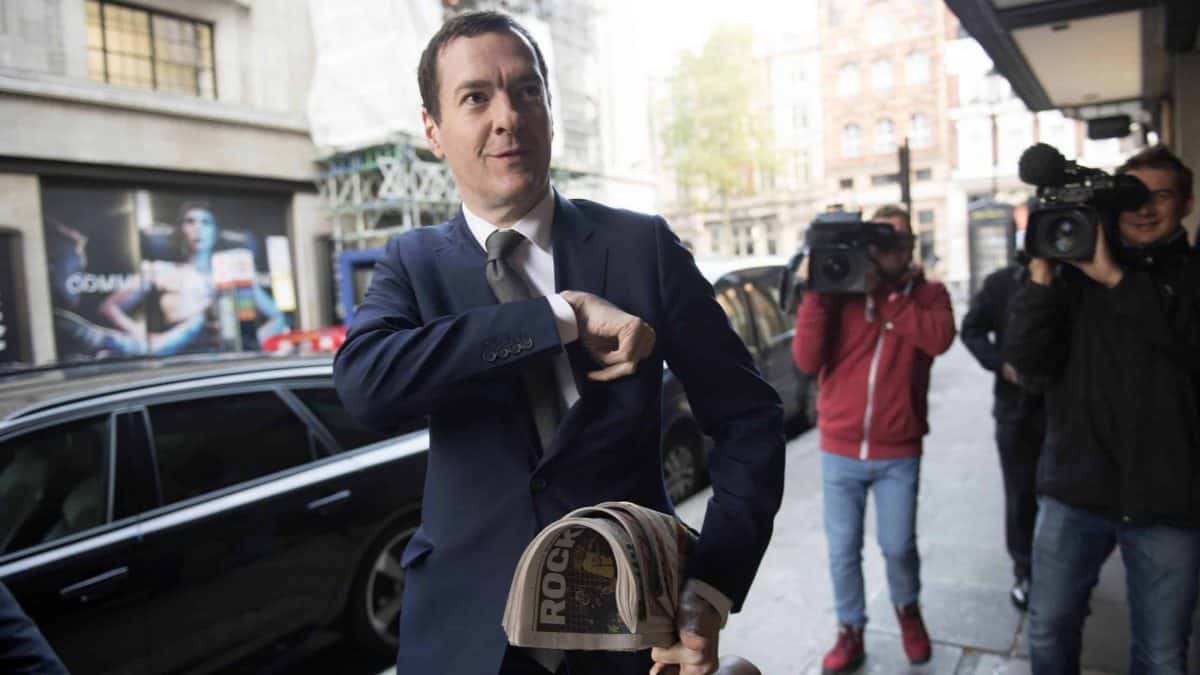 British politics has seldom been in a darker place. Each passing day brings freshly dreadful news. The list of challenges facing the country seems to be getting inexorably longer.

What, then, is driving our national decline? Answering this doesn’t mean simply listing Britain’s problems. It means working out what it is about our political culture that means we can be sure that we won’t be able to solve them.

I believe the answer to this lies in the changing characters of two major forces in public life – conservatism and journalism.

The spite is the point

When she left the Conservatives to join the ill-fated “Independent Group for Change”, the former minister Anna Soubry described her former party as having been taken over “from top to toe” by “the right wing, hardline, anti-EU awkward squad”.

In this parting shot, Soubry touched on an idea that had been consuming liberal centrists for some years by that point – that something drastic had changed about the character of conservatism.

Having positioned themselves as economically conservative and socially liberal under David Cameron, the Tories had, in the minds of many newspaper columnists, changed clothes completely following Brexit, and become increasingly authoritarian, whilst also abandoning fiscal restraint.

For these observers, this marked a departure from what they perceived as the centre ground of public opinion, and from an imagined ‘common sense’ in policymaking.

These kinds of arguments – resting on the idea that events like Brexit and figures like Donald Trump signal some kind of rupture in the trajectory of conservatism – are misguided.

As has been argued extensively by the likes of Corey Robin, the modern right, in their total opposition to any kind of liberation struggle, and in their excoriation of existing elites (who they believe are not worthy of their important positions), are exactly in line with the core traditions of conservatism.

Furthermore, just like Cameroon gestures towards social liberalism were never really substantive, the work of people like Philip Mirowski exposes how current economically interventionist posturing is little more than window dressing for an ongoing neoliberal agenda.

So the liberal argument about what’s changed with the Tories is wrong. But that doesn’t mean nothing has changed. Something has – their presentation.

Despite Boris Johnson’s boosterish disposition, the thing that distinguishes modern conservatives what came before is that today, they are completely unable to tell a positive story about either themselves or the world around them.

There’s a simple reason for this – their homework has been marked.

When Thatcher and Reagan first pitched neoliberalism to the world, it was at least optimistic. Personal freedom, a new and prosperous settlement for all, the destruction of the paternalistic systems of Fordism. This was what was promised by the neoliberal turn, and this was what persuaded a critical mass of the electorate to buy in.

Forty years later, and that dream has become a nightmare for many. Precarity, worsening living standards, the destruction of social infrastructure – these are the realities of the victory of conservatism. It is the right that owns the horrors of the modern world – and deep down they know this.

As a result, the only strategy left to justify their ideology is to invoke what Adam Curtis might call ‘The Power of Nightmares’. The horrors of the present are so undeniable that they can now only be sold by doubling down on Thatcher’s famous declaration that “there is no alternative”, and projecting terrifying fantasies about what might await if we dare deviate from their established orthodoxies.

The problem is, while this may have all started as a rhetorical strategy, endless repetition has led many conservatives to an ever-darker place, where they increasingly accept their own worst nightmares as real. Many genuinely seem to believe that their enemies want to turn us into Venezuela, end our ‘way of life’, ‘destroy western civilization’, or in the most extreme cases, replace the white race.

The stakes of the game they imagine themselves to now be playing are so high that they are happy to burn down anything and everything around them in order to win. This has, predictably, led them to be ever more nihilistic. This takes its most existentially problematic shape in the form of climate change denial – however, its impact can be seen in many other areas of policy.

An almost perfect example of what this looks like came on the front page of The Times, on 13 August.

“Priti Patel says plans to overhaul asylum system will ‘send left into meltdown’”. Given a large enough majority to do anything they like, the Conservative Party are redesigning systems with the exclusive goal of ‘owning the libs’.

The idea that they might be moral, political or even economic goals to work towards does not even occur to them anymore – they believe they are in the fight of their lives and so every opportunity must be taken to demoralise, fracture, and ultimately destroy, their opponents. The spite is the point.

The media will not save us

The pathologies described above, however – scary as they might be – are really only restricted to a small number of true believers occupying the upper ranks of the Conservative Party and those in their close orbit. It is starting to have knock-on effects among the wider Tory base, but in isolation, the right’s nihilist turn would probably be insufficient to truly alter the course of the country.

What buttresses this group’s power– and what has been so incredibly disturbing to watch for those of us interested in opposing them – has been the position taken towards them by the institutions that we might have expected to expose them and hold them to account.

The media will not save us. It seems increasingly obvious that journalists, facing an existential crisis in their business models, are now completely incapable of fulfilling the role imagined for them as the 4th estate of a democracy. More than this, however, many seem to now have totally lost track of their actual purpose.

The idea that politicians and journalists are two separate groups, capable of regulating each other, is clearly absurd. The prime minister is a former columnist. The editor of the Evening Standard is a former chancellor. They marry each other. They go to the same parties.

They are, to all intents and purposes, one group of people. So we shouldn’t be surprised that asking journalists to regulate politics is producing no better results than the regime of banker self-regulation did prior to 2008.

This already toxic dynamic has been greatly exacerbated by social media – because now, politicians and journalists are not just one village. They are a village who see their enemies at the gates.

Exposed daily to the opinions of people from the outside – who are understandably not too pleased about the way they’ve been carrying on – politicians and journalists now imagine themselves to be under continual siege.

This, unsurprisingly, bonds them closer together. And it is for this reason that we see the bizarre spectacle of journalists seeming to believe that their role is to hold the public accountable to power rather than the other way round.

This reached new heights in the run up to last year’s General Election, where the father of a sick infant berated Boris Johnson during a photo opportunity at a hospital.

Rather than reflect on the merits of the man’s argument on NHS reforms, or even just report the incident as a spectacle, Laura Kuennssberg, the BBC’s political editor, decided to doxx the man to her 1.2 million Twitter followers. “This is him here” she wrote, linking to the man’s account. She then implied that due to having expressed left-wing views on the site previously, that the man’s opinions were somehow illegitimate.

Increasingly, attacks on politicians are perceived by journalists as attacks on the class that they themselves are a part of. And by God does this class feel under attack.

Nowhere is the siege mentality more evident than in the absurd debate about ‘cancel culture’. While professing to care about such ideals as freedom of speech and pluralism, the fact that these journalists can only ever get exorcised about these issues when the feel their own careers are under threat exposes this agenda for what it really is – identity politics for columnists.

It is through these dynamics, I believe, that you can understand the strength of hostility that journalists displayed towards Corbynism.

Journalists who see themselves as progressive – and who may have supported many of the movement’s policies in a zero-stakes hypothetical scenario – campaigned doggedly against Labour for five brutal years because they saw Corbynism as an attack on their group.

It’s hard to believe that progressive change will be possible when the communicative sphere is almost wholly dedicated to protecting the status quo.

With no democratic purchase on the key media institutions, and with billionaires’ subsidies ensuring that market forces don’t disrupt things too much for the time being either – it’s hard to see what we can do about this.

We need a game plan – fast.

The author works in public policy and is a longtime supporter of the Labour Party. They asked to remain anonymous.

Related: How the right wing media manufactured the Proms fiasco