The largescale belief in fake news is leading to a reduction in the number of people complying with social distancing. 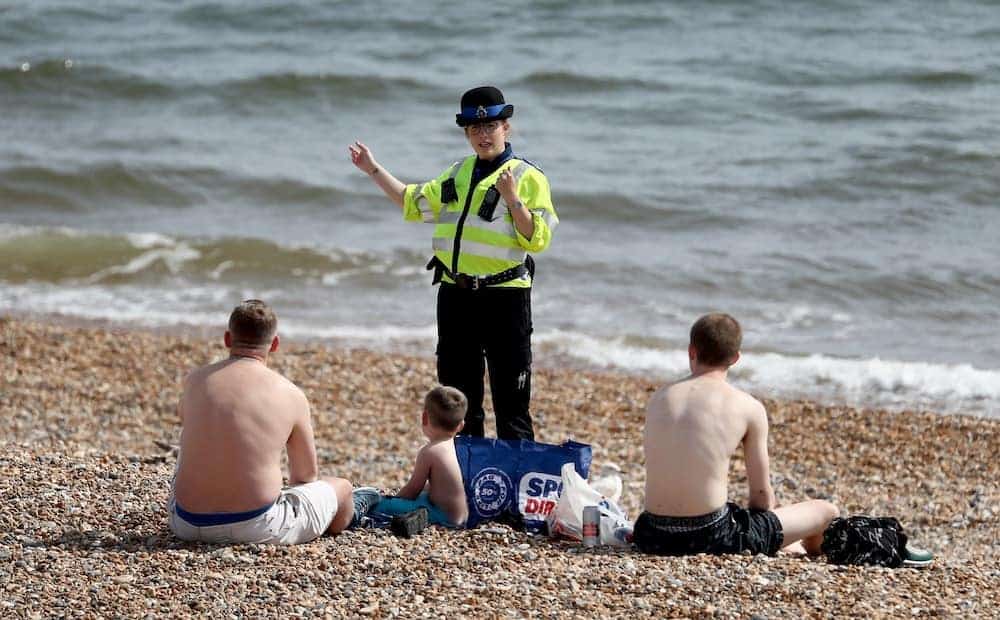 As the debate over whether schools should return wages on, and concerns about a potential second peak weigh heavy on the collective conscious, a newly published study from the University of Oxford shows that 60 per cent of adults in the UK believe that to some extent that the government is misleading the public about the cause of the virus. The same study also shows that people who hold coronavirus conspiracy beliefs are less likely to comply with social distancing guidelines.

In short, the largescale belief in fake news is leading to a reduction in the number of people complying with social distancing, thus leading to a higher rate of spread, which in turn directly impacts upon the death rate.

The study shows that over 45 per cent of the population believe, to some extent or other, that Coronavirus is a bioweapon developed by China to destroy the West. More than 19 per cent, at some level, believe that COVID-19 was created by Jews in order to collapse the economy for financial gain, and almost 20 per cent consider it a possibility that Muslims are spreading the virus as an attack on Western values.

The study lead, Daniel Freeman, Professor of Clinical Psychology at the University of Oxford, stated that, “most people largely accept official COVID-19 explanations and guidance; a significant minority do not. The potential consequences, however, affect us all.”

But should we be surprised?

The Institute for Strategic Dialogue (ISD), a leading global ‘think and do’ Tank that addresses the challenges we face in relation to hate and extremism, state that the main sources of disinformation come from non-state transnational groups such as the far-right, special interest groups such as anti-vaxxers, and domestic political parties.

We know there is an issue with extremist groups on social media, but are we aware of just how extreme an issue it is, and how it is affecting us on a day to day? The nature of social media is that each person’s experience is unique. A visit to my wife’s Facebook page is like entering a different world. Gone are the posts from every media source I can identify, the latest music shares from friends I travelled with back in the 80’s and 90’s, all to be replaced with exercise videos and adverts for sportswear that would never consider targeting a middle-aged dad-bod like mine.

The reality is, many of us just don’t really see the conspiracy. Meantime, on other pages, the fake news is rampant.

ISD identified that between 1st January to 12th April of this year, over just 103 days, on Public Facebook pages only, there were over 80 million interactions with 34 known disinformation-hosting websites. These are sites promoting COVID related conspiracies about ‘elites’, 5G, crime, anti-Muslim, anti-Asian, anti-immigrant, and false information about health.

Just because you don’t see it certainly does not mean it’s not out there.

ISD state that the three main sources of disinformation are Non-state transnational groups such as the far-right, special interest groups such as anti-vaxxers, and domestic political parties.

It is this third group about which we should all be most aware. A Chinese government Information Department spokesperson suggests that COVID-19 may have started in the US, the Iran Foreign Ministry follows suit, and Trump writes a letter to the WHO blaming the Chinese and scientists in general.

So, whilst there are dark forces on the right, and conspiracy theorists of every flavour spreading disinformation everywhere, the Leader of the free world is right there at the heart of it. The Washington Post has been updating a database of every false or misleading claim made by the President since his took office, it currently stands at over 18,000. To put that into context, if he were Pinocchio and his nose were to grow just one inch every time he told an untruth, his nose would now be over 500 yards long.

And, of course, once conspiracies are out there they gets shared and have a life of their own. Researchers from the Massachusetts Institute of Technology showed that fake news was 70 per cent more likely to be shared on social media, and that truth took six times longer to reach 1,500 people than fake news.

It was Joseph Goebbels that claimed that if you “repeat a lie often enough it becomes the truth”, well the lies are being repeated, faster and further than the truth, and it is putting our lives at risk.

Related: Herd immunity without vaccine or treatment is a ‘Darwinian policy’