From the newsletter: How a fortnight of disruption is received will tell us a lot about the activist group’s next steps. 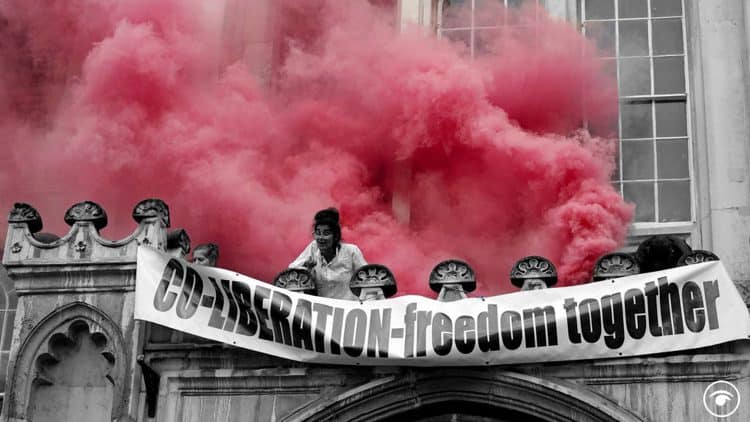 Good morning. Before we begin, some housekeeping. Elevenses will, after today, be taking a short end-of-summer break to refresh and recharge. We’ll be back in your inboxes on 7th September: two weeks today.

Extinction Rebellion (XR) yesterday fired the starting pistol on two weeks of protests across London. Having kicked off with an “opening ceremony” in Trafalgar Square, activists quickly set about blocking one of Covent Garden’s busiest junctions, chaining themselves together while a huge pink table was erected, emblazoned with the slogan “come to the table”. The group’s latest protest – the fifth of its kind – comes hot on the heels of a major scientific review by the UN’s Intergovernmental Panel on Climate Change (IPCC), which stated unequivocally that human activity like burning fossil fuels is fuelling an ever-worsening climate crisis, making deadly heatwaves, floods and storms depressingly commonplace.

That report was clearly on the mind of activists – or ‘rebels’, as XR fondly calls them – yesterday. Kate, from Dover, who had chained herself to the big pink chair, told the BBC that she didn’t feel the government “is taking the climate emergency anywhere seriously enough. We’ve just had the IPCC report that says we’re basically screwed,” she added. “They’re not taking action anywhere fast enough.” XR has already achieved a lot, arguably doing more to transform climate change into a visceral, urgent issue for the everyman in the space of three years than Greenpeace managed in three decades. ‘Disruption’ – occupations, sit-ins, direct action – has been central to that success.

Unsurprisingly, that pissed off a lot of what we might call the ‘usual suspects’, to such an extent that the government has sought to criminalise XR, labelling its activists “criminals” and “extremists”. But that pushback was inevitable. What matters more is how XR is perceived in that thorny constituency between fans and foes: those receptive to the group’s message – and eager to combat climate change – but sceptical about its methods.

XR’s standing with those people was weakened in October 2019, when tweed-jacketed protestors prevented largely working-class commuters from getting on the Tube at Canning Town. Just 13 per cent of Brits said they supported that action – a sharp drop from the 37 per cent who had backed XR’s efforts to “shut down” London weeks earlier. The sense that XR might be alienating the very people it needs to win over was compounded last September when protestors blocked a Murdoch printing press. Running in The Sun that day? An interview with Sir David Attenborough, in which he explained why he supports XR – and what the paper’s readers can do to fight climate change.

Britain broadly agrees that climate change is here, it’s bad, and it needs to be fixed. In London – the city XR is currently ‘disrupting’ – more than half the population feel the climate crisis is already impacting daily life. Cop26, looming large on the horizon, has thrust environmentalism to the top of the political agenda. When there is consensus, albeit on the diagnosis rather than the cure, what comes next? What is XR’s purpose then – and will we ever reach a point where their methods turn self-defeating? How the public responds over the next fortnight will tell us a great deal.