Law breaking and brazen criminality in government has been exposed - but the police and the papers remain unmoved. 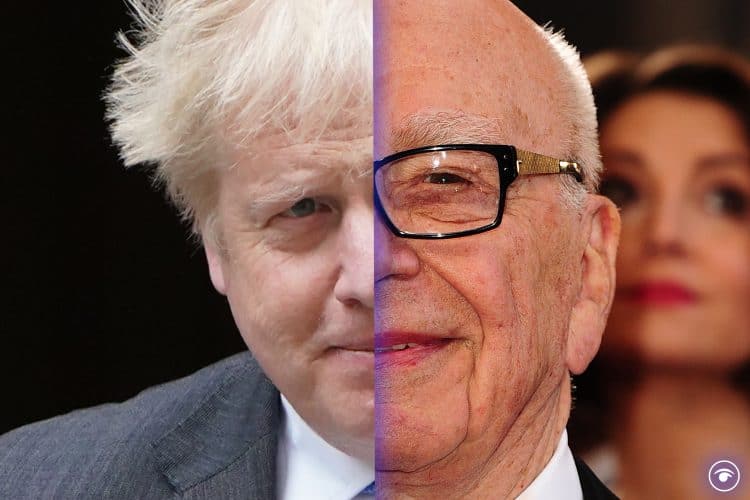 Dear reader. In functioning democracies, there are two estates that hold those in power to account: the press and the police. This week, in Britain, both have failed.

On Monday morning, Treasury minister Simon Clarke was rolled out to do the media rounds, insisting that it was Sue Gray who “instigated” a meeting with the prime minister in the weeks leading up to her widely anticipated report into lockdown breaches in Downing Street. By midday, Number 10 was briefing something completely different, admitting that it was “No 10 officials” who had requested the meeting so that the PM could discuss the “timings and publication process”.

Reverse ferrets have become commonplace in this administration, which was famed for its screeching U-turns during the Covid-19 pandemic when they would jump between whether or not to feed poor children or how to assess those who had been bereft of classroom learning. That’s small fry. What we didn’t know until nearly the end of 2021, just months before all Covid restrictions were lifted, was the scale of lawbreaking and sheer criminality that lived at the heart of government.

By Monday night we had learned that the party on 13th November 2020 for the outgoing chief of communications that Johnson had told parliament definitely didn’t happen – did happen. Images obtained by ITV News and conveniently leaked before Gray’s report show the prime minister giving a toast with a glass raised surrounded by bottles of wine. One witness reportedly said there were about 30 people there that night, if not more, in one room. “Everyone was stood shoulder to shoulder, some people on each other’s laps … one or two people,” they said.

Now, I am no expert on policing, but you might have thought pictures of a lockdown-busting event accompanied by eyewitness statements makes for a compelling case of wrongdoing. But the Met, seemingly, have remained unmoved. Scotland Yard said on Thursday it had concluded its investigation into lockdown breaches and that Johnson would face no further action. They have since been urged to reopen the inquiry by a former chief superintendent, who described the pictures as “the perfect crime scene”, and the Good Law Project, who have basically threatened to sue them.

The events also escaped the gaze of two national newspapers the morning after, the Mail and the Sun, which are also the biggest newspapers by print circulation and two of the three biggest UK newspaper brands online. They also happen to be two newspapers that received sizeable Covid bungs from the government during the pandemic and the ones who sent their editors and executives for over 40 meetings with ministers in the first 14 months of Johnson government.

As one person pointed out, “when politicians and police, as well as the media, start covering each other’s backs then the downwards spiral begins”. But yeah, nothing to see here.