From the newsletter: The chancellor thinks young people ought to get back to the office. Is he right? 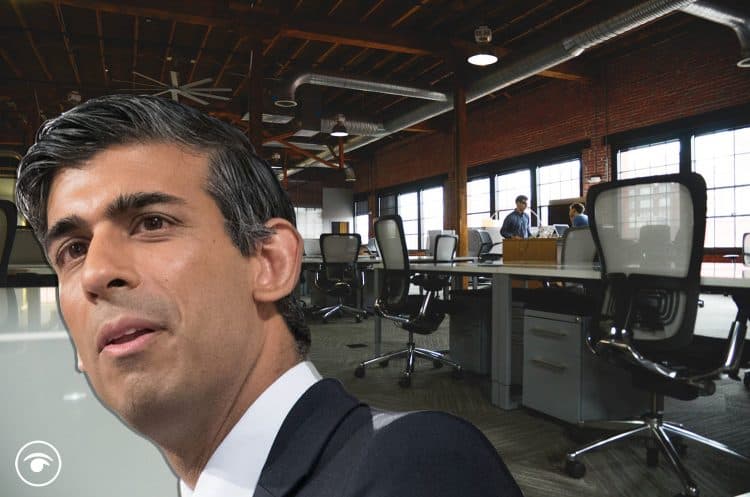 Good morning. Rishi Sunak, in an interview with LinkedIn News (who knew?), has told young people that they should be going into the office if they want to get ahead. The chancellor – a former head boy of Winchester College, Oxford graduate, holder of an MBA from Stanford, ex-Goldman Sachs banker and hedge fund manager, son-in-law of one of India’s richest men – suggested that he would not have been able to build the “strong relationships” which gave him a leg up in the early days of his career had he been working from home.

“That’s why I think for young people in particular being able to physically be in an office is valuable,” Sunak said. The government has “left it up to businesses to figure out the right approach”, the chancellor added, admitting that any return to our pre-Covid commute will be “gradual”. And, although ministers have dropped formal advice to work from home, businesses do seem to be playing it safe. The pandemic has undoubtedly sparked a revolution in the way we work and, judging by the reluctance of many to rush back to the office after ‘Freedom Day’, it’s probably permanent.

Sunak finds himself in interesting company. American businesses, unburdened by so many pesky worker protections, are taking an especially hard line. “If you want to get paid New York rates, you work in New York,” the chief executive of Morgan Stanley recently told employees. His counterpart at Goldman Sachs said in February that working from home was “an aberration” that “we’re going to correct as soon as possible”.

Yet zoom out a bit (pun very much intended) and the chancellor increasingly resembles King Canute, desperately seeking to hold back the tide. Labour has said that flexible working should become the “new normal” when the pandemic has finally receded, pledging a society wherein work “fits around” rather than “dictates” people’s lives. Sunak’s own government has admitted that it is considering legislating to make working from home the “default” option by enshrining an employee’s right to request it. Even the last Conservative manifesto – penned, lest we forget, pre-Covid – pledged a consultation on flexible working.

All of which is well and good. But what all these consultations and reviews overlook is that, for young people especially, Sunak is right. Working from home isn’t some sort of panacea for those of us in the early years of our career. As we’ve written in previous editions of Elevenses, flexible working is a very attractive prospect if you live in a big house outside the city, with a lovely book-lined study to cocoon yourself in and a garden to escape to. But for those of us in our 20s, beset by terrible wi-fi and noisy neighbours, not so much. That’s before we even get to the lost opportunities for building those “strong relationships” Sunak cited as all-important.

It’s reflected in the data. Figures from the Office for National Statistics reveal that, at the end of July, 20 per cent of people were working from home, with 50 per cent back in the office full-time. For workers aged between 30 and 39, home working was at 45 per cent. That number plunges to 34 per cent for those aged 16 to 29. Young workers are voting with their feet. None of this is to say that having the option to work from home isn’t welcome. It’s just that, in an era of non-existent wage growth and soaring rents, it’s not the quick fix to young people’s gripes with the world of work that it’s often made out to be.