We have 30 years to see if human civilisation can survive. 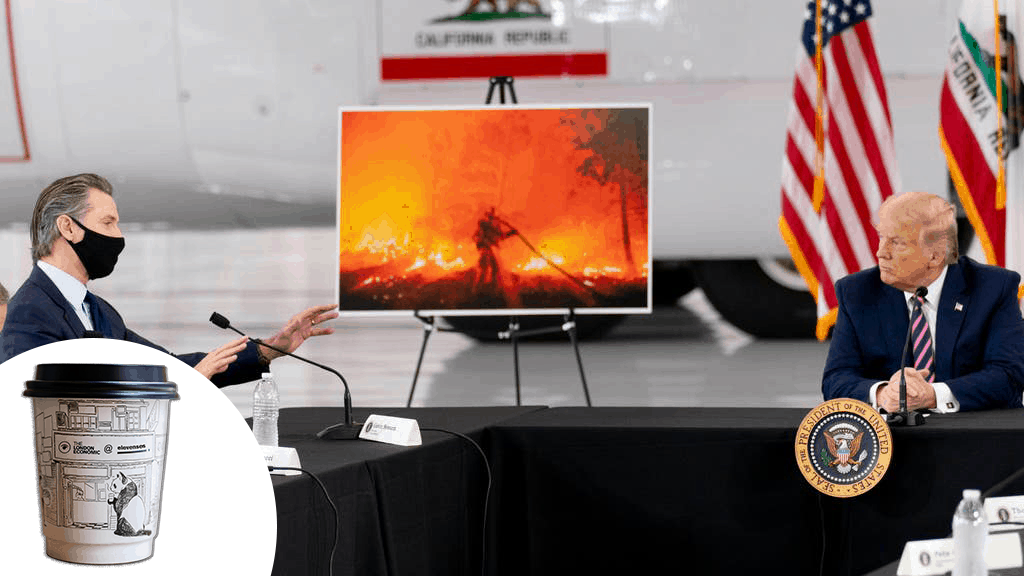 Was Donald Trump complicit in one of the greatest catastrophes facing the earth?

That was what was on my mind yesterday evening as I read through our reporter’s notes from an interview with Noam Chomsky, for which we have cleared most of our weekend schedule.

“The most serious crimes Trump committed were the acceleration of the use of fossil fuels and the elimination of regulatory apparatus,” he said. “There’s nothing in comparison to that fact. And to be honest, and frank, that’s the worst crime in the history of the human race. Almost unmentioned.”

Those words stuck with me as I watched this week’s virtual climate conference, convened by Joe Biden, who earlier tweeted that “science was back” in a sort of cathartic release from his predecessor, a man who once called for a “little good old fashioned Global Warming” during a cold snap.

Biden warned world leaders that this was the “decisive decade” to avoid the worst of the climate crisis as he outlined targets to achieve a 50-52 per cent reduction in emissions from 2005 levels by 2030. It comes just a month after the Democrat president re-joined the Paris Climate accord in “partnership and humility” to break with Trump’s reluctance to stall economic growth in spite of rising global temperatures that threaten to destabilise the world. Such populism seems risible now, but clearly made sense to so many who espoused his cause.

Yet a man built in his image still rumbles on in the UK, seemingly at pains to point out to those he risks upsetting that this is not some “expensive politically correct, green act of bunny hugging – This is about growth and jobs,” prompting teenage environmentalist Greta Thunberg to change her Twitter description to “bunny hugger”.

Of course, as most rational people recognise, it is about a lot more than just “growth and jobs”. In fact, it is that reliance on economic indicators that has led us to our current predicament and will lead us into the abyss if we don’t change our mindset. We are literally killing our planet in the name of growth and jobs, and as Emmanuel Macron once said, “there is no planet B.”

The reality is that this transcends GDP, it humbles growth and it will soon show us that ultimately everything is subservient to the planet. As Chomsky told us during our frank chat, this is about the possibility that if no action is taken then “it’s all over” and acknowledging that we may have “20 or 30 years to see if human civilisation can survive.”

If we fail, forget the pandemic, forget the great depression, forget the financial collapse. All that will be left is fire, ice and a gravestone marked with the earth’s epitaph, “we grabbed it by the pussy”, on the front.