Is the French President still in politics, or transitioning to a religious reformer? 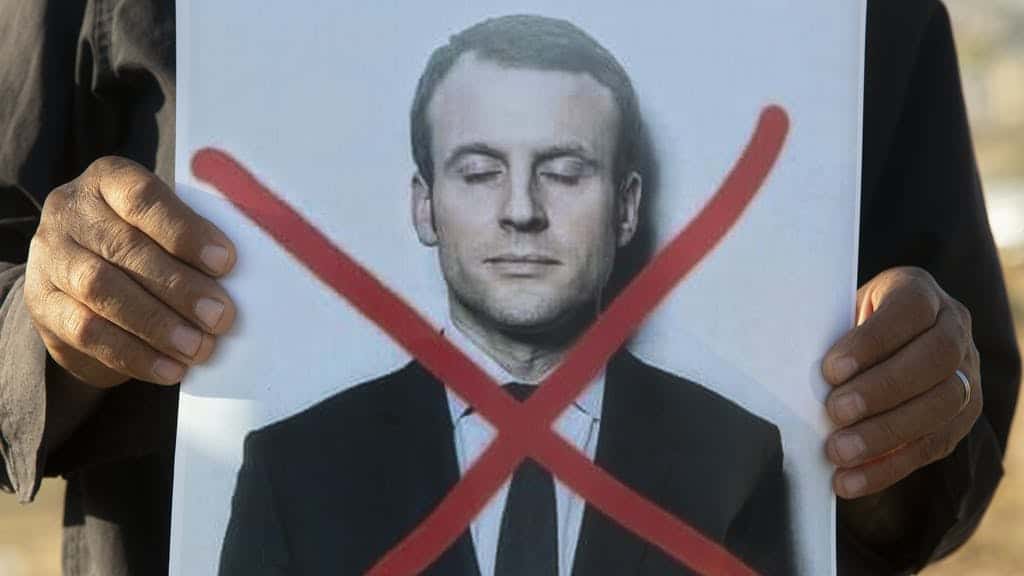 December is a big month for the French parliament; two controversial laws will be put under scrutiny. One proposal is what is known as the Global Security Bill which could ban police images. Mass protests in France in light of recent police brutality have forced Mr Macron to review the wordings of this law. The other is aimed at tackling ‘Islamist separatism,’ a term Mr Macron loosely defined as a “political-religious project” which negates values such as “gender equality and human dignity.”

Although this has seen less opposition at home, internationally it has angered millions. Whilst outlining the plan in an hour-long lecture in October, Mr Macron claimed Islam is “experiencing a crisis” and so under his leadership, France shall “build a form of Islam” that is compatible with “Enlightenment values”.

Reading the comments, I could not help but ask myself if Mr Macron was still in politics, or transitioning to a religious reformer?

Is the claim to sculpt a religion not a bit rich coming from a political leader who prides himself as a champion of Laïcité?

Mr Macron’s claim to create “gender equality and human dignity” sounds quite noble, until you get into the details. The crux of the issue is that extremist practices and peacefully held religious views are being conflated as mere shades of varying degrees upon the spectrum of radicalisation.

For example, the French Interior Minister last year, Christophe Castaner, made some grossly surprising remarks when referring to what Macron labelled as “the small gestures” that can lead toradicalisation. Mr Castaner said these gestures included the otherwise mundane acts of “growing a beard,” being regular in prayers, or “the refusal to shake hands, kissing or teaming up with a woman.”

Well, what if after the #MeToo movement a woman says she did not feel comfortable shaking hands with a man? Will she be forced to handshake, hug and kiss men as a sign of her patriotism? Or, does this standard purely apply to Muslims? It would be no surprise if it was exclusively for Muslims, given that the French ban on face-coverings is now a relic of the pre-pandemic era that lingers on only for Burka-wearing women.

“Armed the hands of the killers”

The irony in France’s approach towards Muslims became quite apparent in what recently occurred with Rokhaya Diallo, a French anti-racism activist. In a TV debate, the philosopher Pascal Bruckner said Ms Diallo “armed the hands of the killers” simply because she co-signed an open letter criticizing Charlie Hebdo magazine. There is a clear problem if the emphasis on the freedom to insult becomes a tool to silence non-conformity to majority opinion.

This urge to enlighten others but missing the same craving for self-analysis is not new. It prompted the early 20th century writer Joseph Roth to ask, “What is it that allows European states to go spreading civilization and ethics in foreign parts but not at home?”

Almost a hundred years on, the only difference seems to be a shift to enlightening the ‘foreigners at home.’

Mountains out of molehills

France is facing significant issues; the biggest strikes in France’s history took place last year and parts of Paris in 2018 were resembling warzones for economic reasons, not because they were angry at what Mr Macron describes as separatist ideas, such as Muslim women wanting female-only swimming hours in leisure centres.

Were beaches being overrun by burkini-clad women at the time of the nation-wide ban? Were masses of women in Burkas causing mayhem in Austria? According to the Guardian, at the time of the Burka ban “only between 100 and 150 women [were] estimated to wear the full-face veil in Austria.” Yet these issues were fanned to such a degree that they became the talking points at dinner tables, in every corner of our global village.

These are the very approaches which create frustrations and shun youth into the welcoming embraces of extremists. As the global religious leader of the Ahmadiyya Muslim Community stated last year in Holland:

“Not only amongst the Muslim community, but across society, wherever young people are left hopeless and frustrated, they become easy prey for hateful clerics or extremists who poison their minds.”

Rather than Islam, Mr Macron should focus on what many are calling out as the double standards in Laïcité. When school holidays are based on Christian celebrations; famous tourist spots are churches such as the Notre Dame; the President delivers speeches in front of Christmas trees; then on the other hand if girls are having to remove their headscarves when entering schools, the domestic crisis in Laïcité becomes the important issue for a national leader rather than venturing towards reforming the second largest religion in the world.

Farhad Ahmad is a young British Muslim Imam based in London