The Conservatives have been accused of framing a migrant crisis in order to “whip up fear” before the Brexit vote after Sajid Javid declared a “major incident” in response to a handful of small channel crossings this Christmas. The Home Secretary was said to have borrowed moves straight from Donald Trump’s playbook as news cameras […] 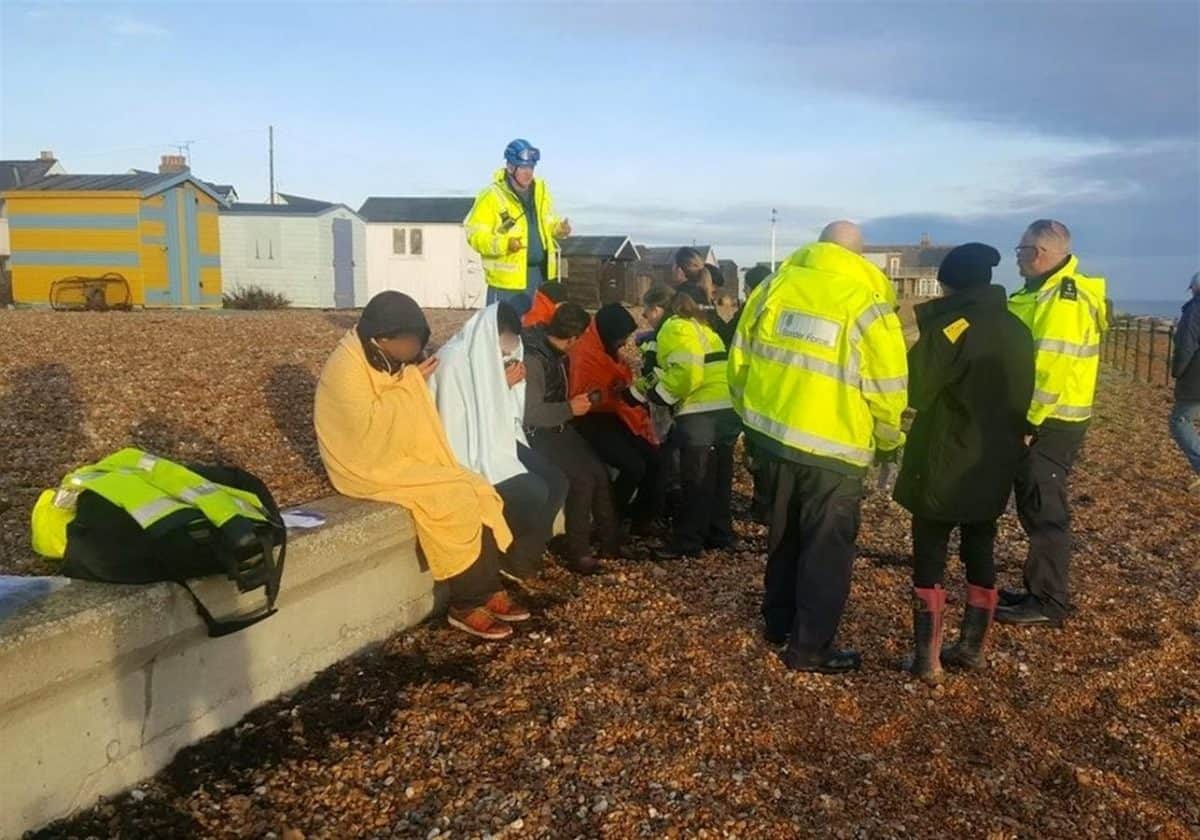 The Conservatives have been accused of framing a migrant crisis in order to “whip up fear” before the Brexit vote after Sajid Javid declared a “major incident” in response to a handful of small channel crossings this Christmas.

The Home Secretary was said to have borrowed moves straight from Donald Trump’s playbook as news cameras turned their attention to the desperate struggles of refugees in order to create the illusion of an emergency situation.

“Make no mistake”, Labour MP David Lammy said, “this is not in response to genuine concern for human life. This is Sajid Javid imitating Donald Trump’s “migrant caravan” manufactured emergency to whip up fear before the Brexit vote. Desperate and cynical.”

Javid cut short his family holiday in order to deal with a new wave of migrant boats making the perilous trip across the channel.

On Christmas day more than 40 people in five separate incidents tried to cross from France, with nine people detained on Boxing Day and up to eight spotted by ferries the following day.

He said it was “vital we strike a balance between protecting them and protecting our borders”, adding that he wanted to avoid encouraging more people to take the risk and make the journey to the UK in this way.

But there has been a backlash to the response on social media, with many commentators pointing out that the response is similar to that of Donald Trump’s migrant caravan that became a focal talking point ahead of the US midterms.

Liam Young said “94 people desperately attempting to cross the channel into the 5th richest nation of nearly 70 million people – who refuse to help them – is not a migrant crisis. It’s a moral one.”

And Ian Birrell added: “There are 3.6m Syrians in Turkey. More than 1m refugees in Uganda. About 14,000 migrants arrived in one day in Munich alone. Britain calls 33 people arriving by boats in 3 days a ‘crisis’. This is risible & politically irresponsible”.

The Washington Post noted that before the midterms Trump harped on constantly about the migrant caravan, yet since then he hasn’t brought it up.

One wonders whether Javid will be so vocal about the situation once the crucial Brexit votes have played out.