Savage and biased, it is precisely this sort of journalism that propelled Trump into power in the first place. 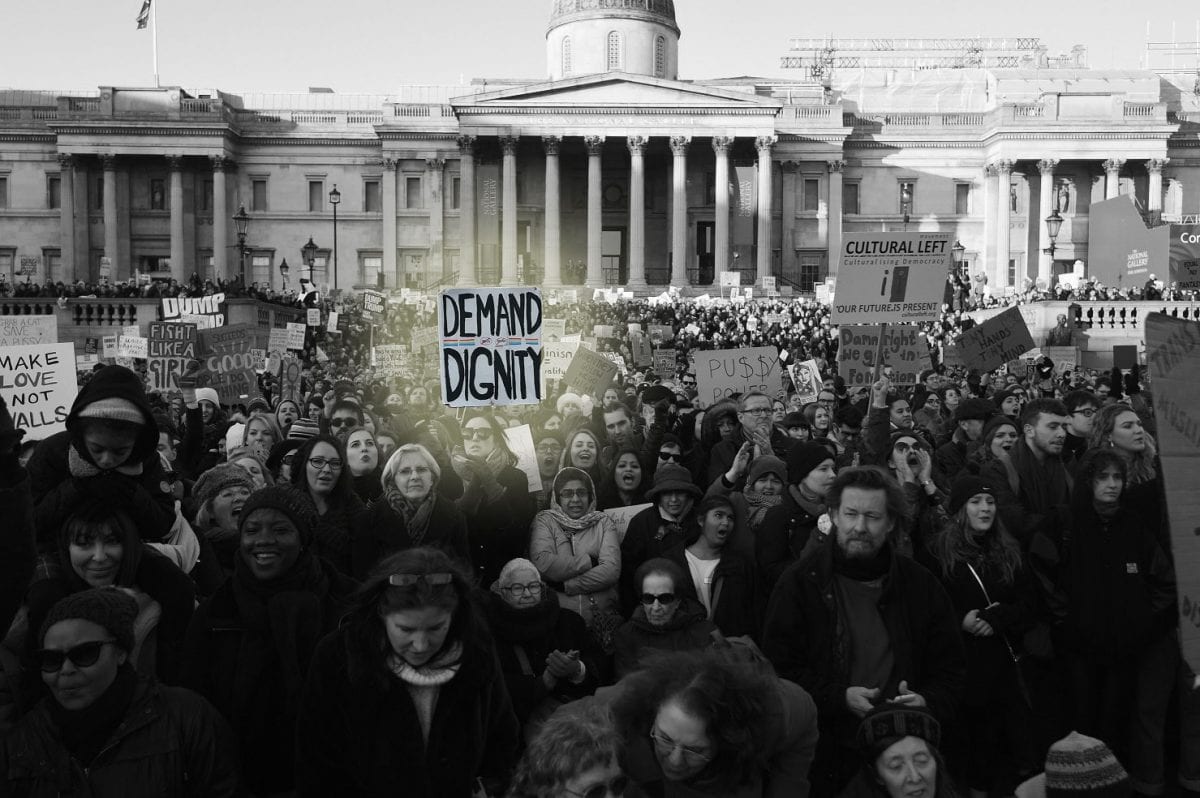 As if at this crucial juncture in our political history we might have needed another bigoted Facebook personality we have had one forced upon us thanks to a Chelsea pretty boy who fancies his hand at a bit of well-edited misreporting. He hits the streets, catches well-meaning people off guard and feeds their response to hungry extremists online as a means of validating their neo-Nazi beliefs.

His mother must be so proud.

And you can see why his latest upload has done so well – garnering well over a million views on Facebook thanks to a nudge from the Breitbart London editor Kassam. He is clearly well-read, confident and trained in firing Piers Morganesque questions that through crafty deviation – “do you think it’s acceptable to abort a young girl who could go on to be the future president of America”, he says to one pro-abortion feminist – leaving people stumped. Not because their beliefs are misguided, but because the questions are. 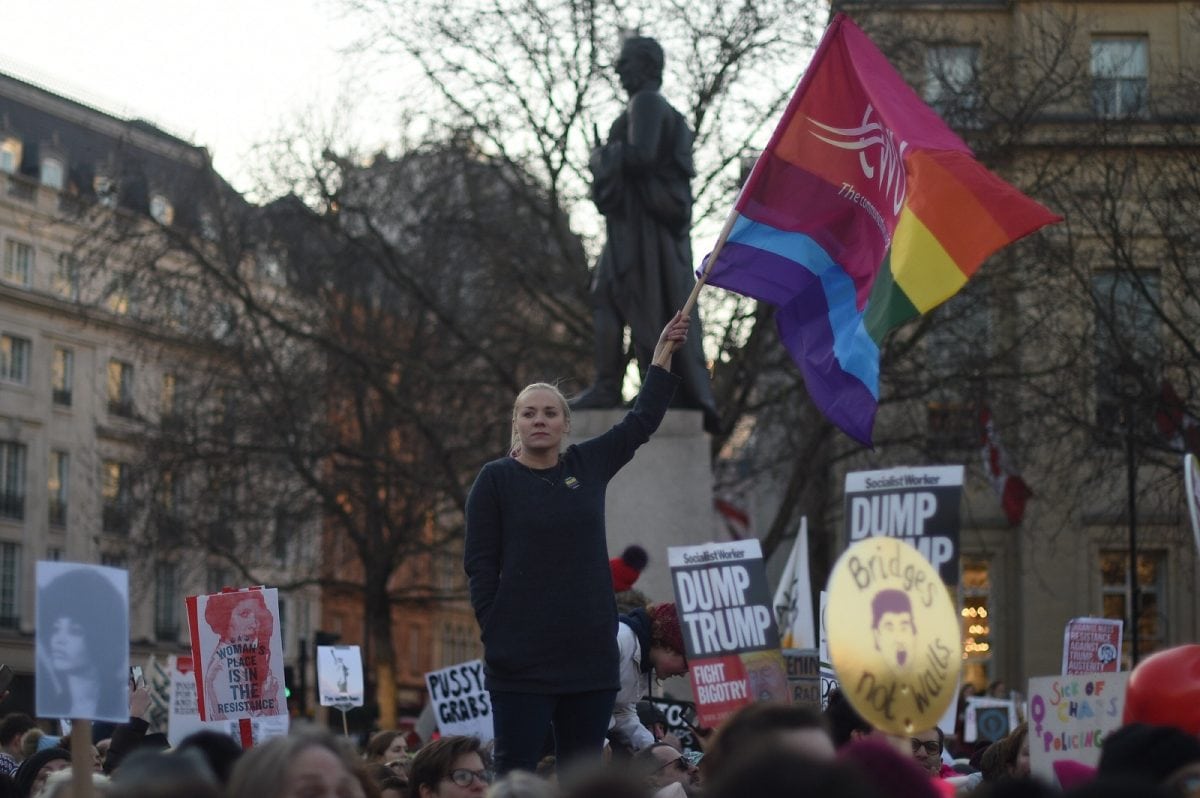 And therein lies the rub. It’s one thing turning up to a protest with a pocket full of notes, pointing awkwardly angled questions at unsuspecting and vulnerable people and perhaps even editing out certain answers, but it’s quite another conducting the sort of meaningful discourse he claims to promote via his shoddy site “The New Brit”.

Furthermore, even if that is what it takes to fuel his smug, self-adoring personality, surely he hasn’t fully considered the consequences of his actions, such as how hate crimes have soared in Britain because “influencers” validate racism on social media, or how abortion and suicide are still bedfellows because of people who happily inflict shame, or how a Republican who said he just “grabs women by the pussy” could have potentially damaging implications for, say, rape crimes.

Maybe some responses to his viral vid might help him see the bigger picture:

“Just a load of thick lesbians and queers”.

“It’s funny how in all women’s march the same stereotype ignorant fat ugly ass speak about white supremacist they just want some exotic migrants free dicks in their mouth”.

“Jobless, worthless oxygen thieves the lot of them, all led on by their own inability to make an informed decision by themselves”.

“LIBERALISM IS CLEARLY A MENTAL ILLNESS”

“I have seen monkeys with more sense than these so called women”. 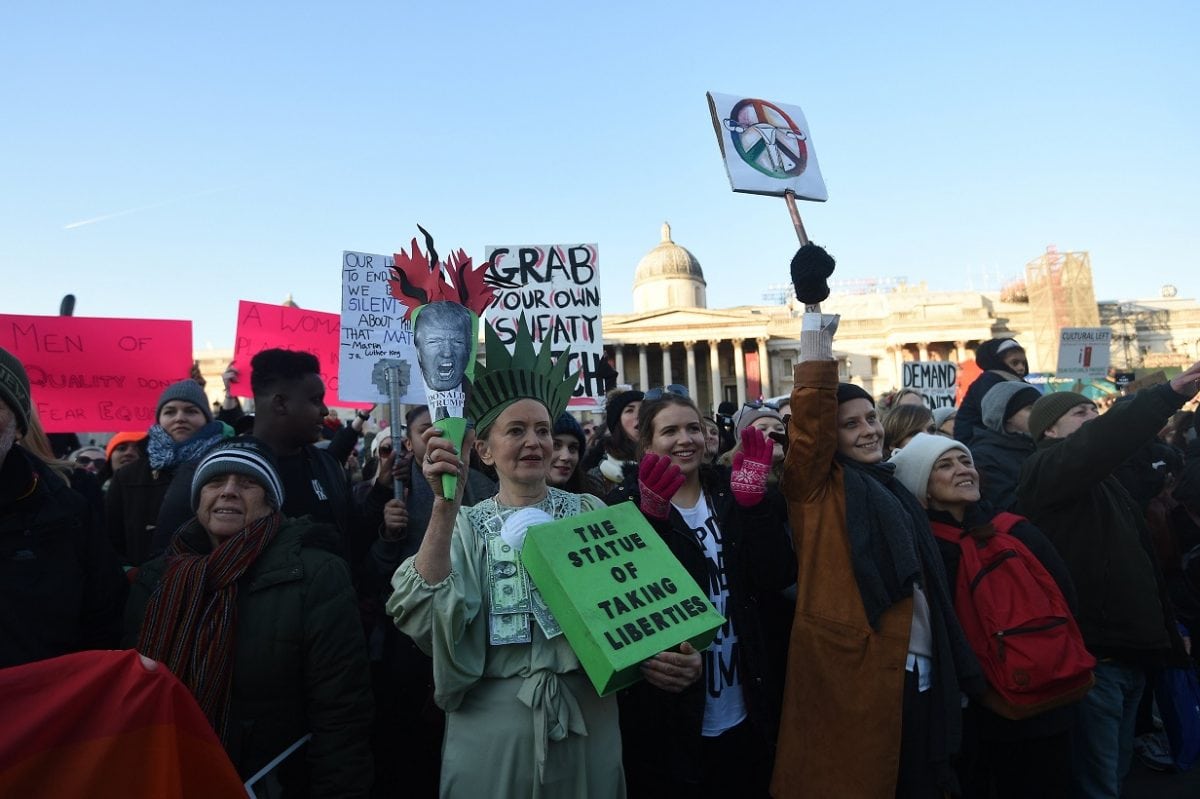 Not all the comments were as stupid. Kurt Ralph points out that anybody could do this at any protest by preparing difficult questions and delivering them stone-cold to the unsuspecting, and I for one agree. The belligerent, smug Caolan Robertson can never claim to make anything in the way of a fair journalistic broadcast until he eschews his savage and biased methods of reporting. But worryingly, as Ralph points out, it’s precisely this sort of journalism that propelled Trump into power in the first place.