Perversely, the pursuit of ‘sovereignty’ via Brexit will have the opposite effect in the UK, leading to a reduction of autonomy, power and personal sovereignty. 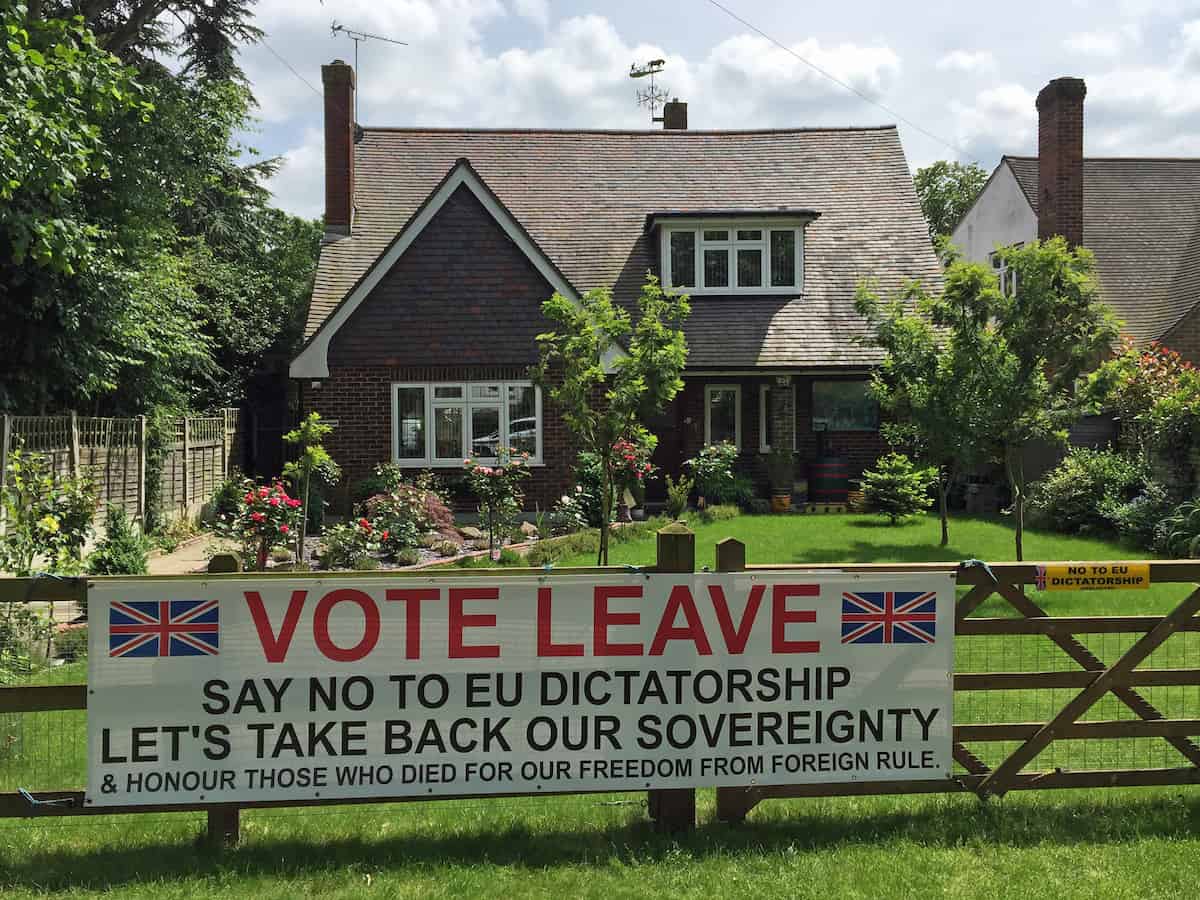 The case for Brexit was built on the idea of regaining our sovereignty. Being in charge of our own laws and ‘Taking back control’. But, what if we discovered that sovereignty would decrease as a result of Brexit, and in more ways than we might think? Brexit will reduce the UK’s sovereignty.

Sovereignty: Supreme power or authority. The authority of a state to govern itself or another state.

Firstly, it is important to recognise that in a globalised world, all nation states make various trade-offs of sovereignty in return for other benefits.

For example, membership of Nato includes an obligation to come to the mutual defence of fellow members. This implies a loss of sovereignty over deploying UK forces, but we deem the trade-off worthwhile.

Membership of the World Trade Organisation (WTO) commits the UK to various regulations and arbitration systems, but again we make the trade off in return for economic prosperity.

Membership of the EU also require some trade-offs on sovereignty. However, in the months and years since the Brexit vote, it became evident that we were in control of much more than we were led to believe, including control of our borders and limitations over EU immigration (even if we opted not to enforce that control). A sustained media campaign against the EU in newspapers such as The Daily Mail, Express, and Telegraph gave us the impression that the EU was attempting to erode away our culture and sovereignty. But it transpired that most of those headlines were false and deliberately misleading (some even completely made up by none other than Boris Johnson himself, working as a Telegraph EU correspondent in Brussels).

In the modern world, to imagine that our way of life, our laws, and our trading arrangements aren’t hugely affected by the actions of other bodies, is naïve to say the least. Being part of a trading block, whether that is with the EU, or other nations/ trading blocks, always requires a common rule-book.

It turns out that the UK supported almost all of the common-sense rules voted for by EU members (here’s a list of the rules that the UK didn’t vote for, which on inspection raises more questions about why the UK opposed some of those proposed laws, such partial passenger refunds for severely delayed air travel).

Even without trade, not a single nation on Earth can prevent external influences from shaping events and decisions taken within its borders.

Even since the Brexit vote, the UK has competing goals of local autonomy and external openness, meaning there will always need to be compromise.  Retaining benefits of the single market or any other Global trade arrangement will mean concessions on common rules.

Despite this obvious truth, many Brexit supporters still cling to the concept of sovereignty trumping all else.  However, the reality is that some level of autonomy will be complrimised in return for wealth, welfare and growth.

Perversely, the pursuit of pure ‘sovereignty’ via Brexit will have the opposite effect in the UK, leading to a reduction of autonomy, power and personal sovereignty. Here’s how Brexit will reduce the UK’s sovereignty:

Weaker Economy leads to a loss of Sovereignty

Having a weak of failing economy can lead to a loss of sovereign power in various ways.  Markets around the world have unanimously indicated that Brexit is not a desirable outcome for the UK, economically. Particularly in the short to medium term.

Even the fact that Brexit has seen the pound devalue to record levels against the dollar means that foreign investors are beginning to pick off UK national assets. The Turkish military pension has just agreed to buy British steel, and a Hong Kong billionaire capitalised on a weak pound this week to snap up the UK’s biggest listed pubs and brewery group.

If the pound continues to trade at a low rate, it’s likely we will continue see utilities and national assets controlled by foreign entities.

Furthermore, tariffs on fuel exports in a no-deal Brexit scenario are likely to signal the end of the UK’s remaining oil refinery plants.  This would result in the UK relying on imports from countries such as Russia.

This probably isn’t seen as ‘taking back control’ by the slogan’s creators?

It is widely recognised that should the UK enter into trade agreements with the US in (or similar to) the form of TTIP, corporations will have the power to sue Governments for loss of profits.  This of course would have dire ramifications, meaning, for example, that US phrama companies, could sue the UK Government for not being awarded valuable NHS contracts.

It’s no wonder that many fear the prospect of the US circling the UK, waiting to pick off the NHS post-Brexit. Combined with a weak pound, a hasty trade agreement with the US would almost certainly facilitate the transfer of ownership of some state infrastructure.

There is no doubt that should future trade agreements put corporations ahead of Government, our ‘Sovereignty’ and autonomy will be severely eroded.

Personal sovereignty is an individual’s ability to take control of his or her own life. And perhaps, this is the most important form of sovereignty.

Whilst the Vote Leave campaign hit a chord with large portions of the public using that famous slogan ‘Take back control’ it’s probable that the personal sovereignty of UK citizens will be diminished.

An end to personal free movement within the EU and an erosion of personal rights and privileges overseas is almost inevitable. UK passport holders face a world where they or their children will no longer be able to work and travel across the entirety of Europe without restriction.

The power of the Great British passport will be diminished, inhibiting our freedom to move around.

Of course, the UK can strike compromises with any trading nation or trading block to allow free movement in return for access to markets, but that would bring us back to square one.

EU initiatives such as caps on mobile roaming charges, European healthcare, or the Working Time Directive will no longer apply in the UK. Of course we will also be restricted from freely selling goods and services to our closest neighbours.

Whether this will be counterbalanced by being able to sell freely to emerging markets remains to be seen.  But without a common rule book, it’s almost certain that the administrative burden of trading will be much greater.

Scotland voted overwhelmingly to remain in the EU.  With England seemingly lurching to the right, witnessing increases in nationalism and the rise of parties like UKIP and the Brexit Party in recent years and coupled with a decade of Tory rule, it’s no wonder that calls for an Independent Scotland referendum is growing.  In fact, polls suggest that if a Scottish referendum took place today it’s almost inevitable that we would see the breakup of the UK.

Considering Scotland’s position, as well as question marks over the Irish boarder, Brexit will be responsible for the breakup of the UK. Taking back control is one thing, but what if that is taking back control of something irreversibly diminished?

Loss of freedoms equals a loss of personal sovereignty. Couple that with the loss of autonomy bought about by a weakened currency, corporate focused trade deals, diminished ownership of national infrastructure, and the likely breakup of the UK, it looks overwhelmingly that Brexit will ‘give up control’ more than it ‘takes back control’.