A super-rare Rolls-Royce came up for sale today for a whopping £120,000. The gold-plated “Ghost” edition, which comes with custom champagne flutes and a built-in refrigerator, is likely to be snapped up in no time by investors, but there’s a catch – it can only be purchased with Bitcoin. Gold seems to be quite a poignant […] 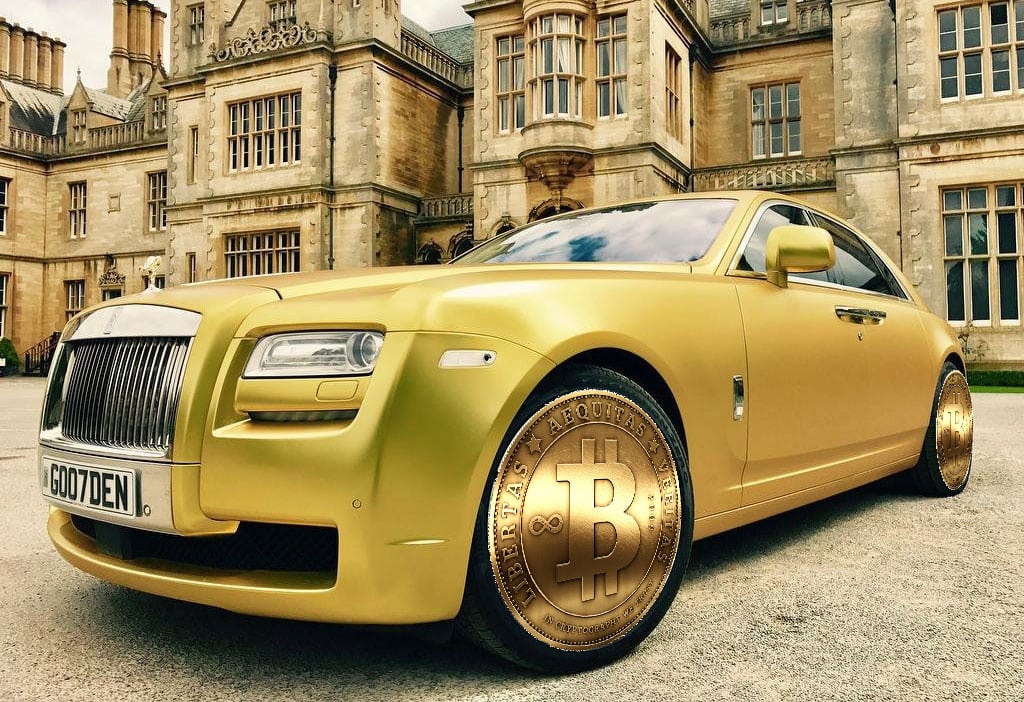 A super-rare Rolls-Royce came up for sale today for a whopping £120,000. The gold-plated “Ghost” edition, which comes with custom champagne flutes and a built-in refrigerator, is likely to be snapped up in no time by investors, but there’s a catch – it can only be purchased with Bitcoin.

Gold seems to be quite a poignant colour in relation to the cool electronic currency at the moment. BBC Business News today led with a feature covering the gold rush which has seen bitcoin shoot from $1,000 at the start of the year to $11,000 now. Although no one is sure quite what’s driving it, it has created mass hysteria amongst investors who are flocking to bitcoin for fear of missing out.

And even big businesses might want to get a piece of the action. According to Betway McDonald’s now tops a list of possible acceptors of the cyber currency, with US giant Walmart nailed on to accept it by the end of next year and British Airways priced at 1/3. Argos, Amazon and Easyjet also looked likely to accept it soon, and why not? As the owner of the lavish Rolls-Royce Ghost says, “why wouldn’t you trade in bitcoin?”

“I treat it in exactly the same way as normal currency these days”, he added. “It’s safe, convenient and incredibly valuable right now so, to me, it makes sense to trade my car this way. It’s the future”.

But look under the bonnet and not all is not as it seems.

According to MarketWatch there is a greater-than-80 per cent chance that bitcoin will soon crash. The extraordinary price run-up far exceeds the threshold for when a crash becomes nearly certain, and by looking at prior occasions when an asset’s price has skyrocketed, you can see that its time is nigh.

One of the reasons why is that we are seeing classic herd mentality amongst investors that adds value without adding substance. That means that if the market shows even the slightest apprehension investors will stampede in the opposite direction just as fast as they came. There is also the issue of supply. Scarcity is what bitcoin believers think they have going for them, but while the supply of bitcoins may be fixed, the supply of ways to invest in them and other cyrptocurrencies is certainly not.

Coinmarketcap.com now lists 1,322 cryptocurrencies or offshoots on its website, and there are a number of companies that are looking to develop products based on the blockchain, bitcoin’s underlying technology.

As Stephen Gandel wrote here, “as the river of ways to invest in cryptocurrencies widens, the flood that has lifted the price of the bitcoin will surely recede, and, as always, much faster than people expect.”