On International Working Animal Day (15 June), Geoffrey Dennis, Chief Executive of the charity SPANA, argues that animals still play a vital but largely ignored role in keeping the world’s economy moving. If you’ve just spent another miserable morning fighting your way through rush hour traffic to get to work today, you may be forgiven […] 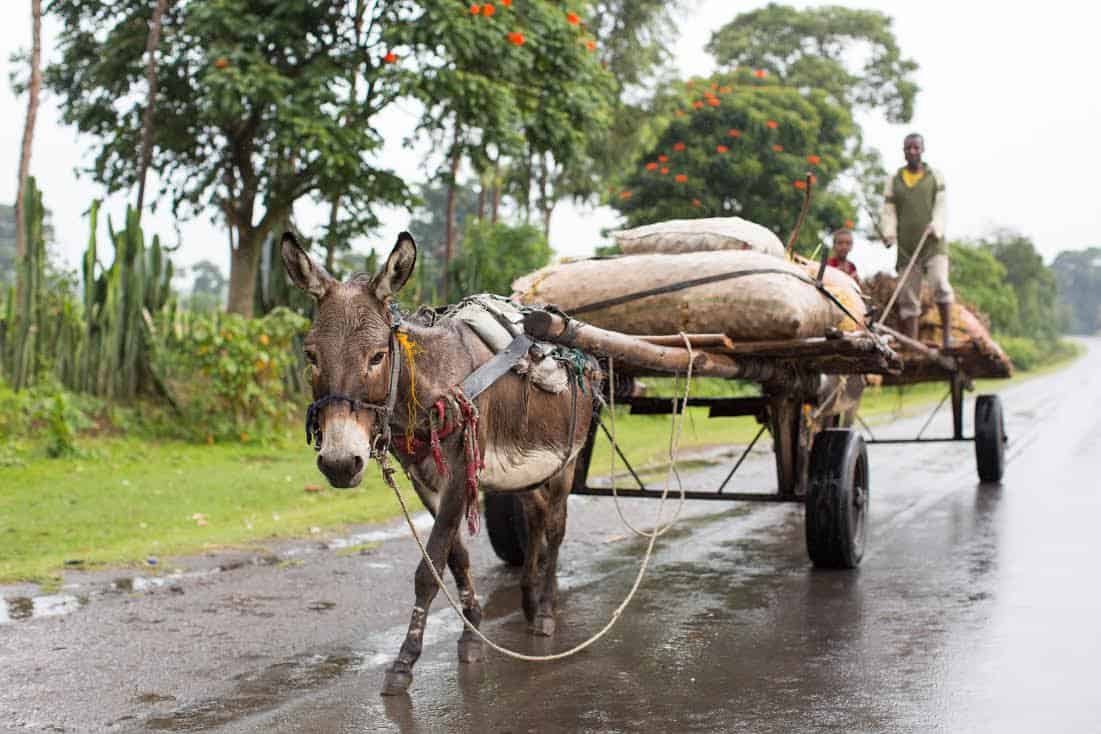 If you’ve just spent another miserable morning fighting your way through rush hour traffic to get to work today, you may be forgiven if you find yourself yearning for a time before the streets were crammed bumper to bumper with polluting cars and trucks.

Go back to the beginning of the 20th century and London was the world’s largest city, the centre of a vast trading empire that would see exotic goods from around the globe towed up the Thames each day. With over six million people, not too far short of today’s population, the city was already a vast, sprawling metropolis that needed an unrivalled transport infrastructure to carry food and goods into and around town.

Unlike today, though, it wouldn’t be diesel fumes that would hit you but the stench of a city said to be “drowning in horse manure”. At the turn of the century, almost every vehicle on London’s streets was horse-drawn. More than 300,000 horses were needed to keep the city on the move, with 11,000 Hansom cabs, thousands of buses (each pulled by a dozen horses), and countless horse-drawn carts adding to the equine workforce. In 1894, The Times newspaper stated that, “In 50 years, every street in London will be buried under nine feet of manure.”

Working animals like these were used to carry out the same functions as trucks, tractors and taxis today, and were not just common but vital right across the UK. Outside the towns and cities, tens of thousands of pit ponies fuelled Britain’s industrial might, while working horses and oxen across the countryside fed the growing population.

How quickly we forget. New research released to coincide with SPANA’s International Working Animal Day, shows that 40 per cent of people in the UK now don’t know what a working animal is.

So it’s likely to come as a shock to many people to learn that while we in the developed world may have upgraded our horsepower, across much of the developing world working animals remain the bedrock of economies and the primary means of providing an income for many of the world’s poorest and most marginal communities.

Attempting a headcount isn’t easy, but there are thought to be over 100 million working horses, donkeys and mules in the world today, and potentially as many oxen, elephants, camels and other species.

This forgotten workforce underpins livelihoods, ensures a reliable supply of food and water and has been shown both to improve the status of women in society and support the education of children, who may otherwise be forced to undertake those jobs carried out by working animals.

I’ve recently returned from Bamako, Mali’s capital city and one of the poorest cities in Africa. There, hundreds of young children survive in and around the city’s towering rubbish dumps, pitifully some even building shelters and living among the burning refuse. They are paid a small fee for the rubbish they bring to the dumps: but of course it’s their hardworking donkeys that do the real work, pulling rubbish carts up precipitous slopes, surviving by eating whatever rotting food they can find.

We can’t stop these animals working. There’s no realistic hope that these children can afford to switch their animals for rubbish trucks or four-wheel drives any time soon. But at SPANA we believe a life of work needn’t be a life of suffering.

SPANA has been working on a number of Bamako’s rubbish dumps for over ten years now. Life remains tough for the animals there, but on those dumps where our teams operate, the situation today is transformed. Thanks to SPANA, the donkeys now finish work each day in the early afternoon, retiring to a purpose-built shelter that keeps them out of the intense sun. Here they receive feed and water, and SPANA vets are on hand to treat injuries while vaccinating against deadly diseases. Old and worn saddle pads can be exchanged, while our teams teach owners how to provide better care for their animals.

It’s not just the animals who are happier and healthier either. The working life of a donkey in Bamako used to be just a matter of months before injuries and deadly diseases like tetanus caught up with them – now animals can stay healthy and active for years, which helps poor owners to provide for their families.

Communities rely on working animals: working animals rely on SPANA. The sights, and smells, of working animals on the streets of Britain may now feel like ancient history, but the streets of towns and cities across the world are still full of overworked, overloaded and underfed animals in need of our help. This International Working Animal Day, let’s not forget them and how much they’ve done for us because the history of mankind really is carried on the back of a horse.