Thousands of protesters marched through the streets of London recently demanding a second vote on Brexit. It seems like a simple request. Things have changed since 2016, and not for the better. People should be allowed to reconsider their position and vote again. For the prime minister, Brexiteer politicians and the right-leaning press, the idea […] 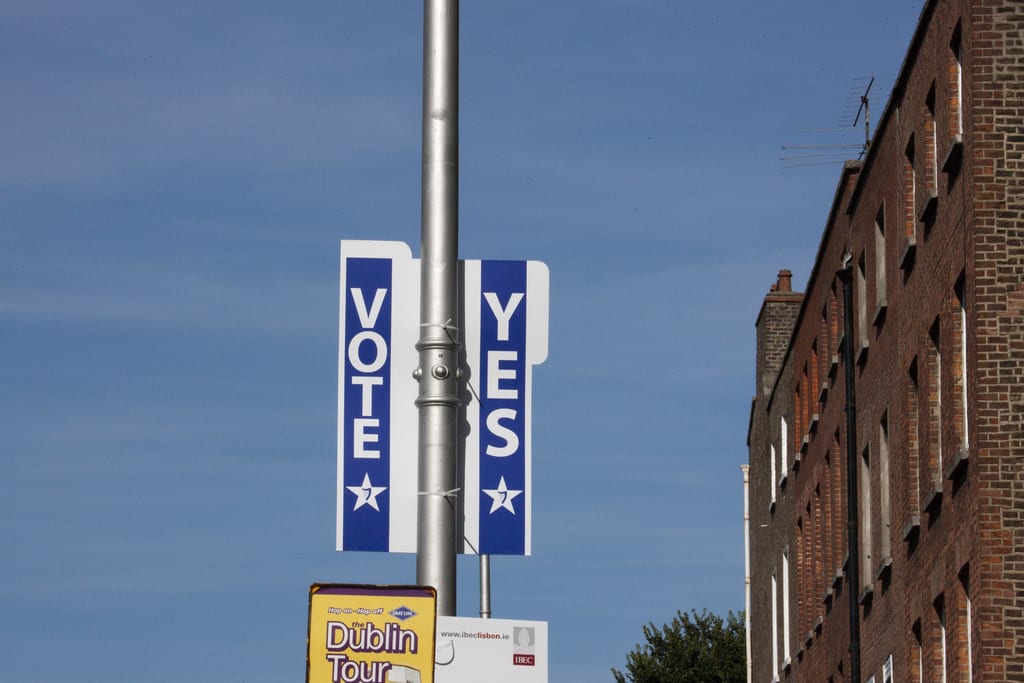 Thousands of protesters marched through the streets of London recently demanding a second vote on Brexit. It seems like a simple request. Things have changed since 2016, and not for the better. People should be allowed to reconsider their position and vote again. For the prime minister, Brexiteer politicians and the right-leaning press, the idea of a second vote is an affront to democracy. “We’ve voted, get over it,” is the constant cry. But there is no good reason to deny the British people another vote. Indeed, recent Irish history proves that a People’s Vote could be the best thing for British democracy.

In 2008, the Irish electorate rejected the Lisbon Treaty. The treaty was intended to reform the EU’s constitutional framework following significant expansion in 2004, when 10 new countries joined the union. In the UK, the Labour government approved the treaty in parliament. But in Ireland, there had to be a referendum. As a result of a 1987 Supreme Court case, EU treaties must be treated like constitutional amendments. Ireland has a written constitution, Bunreacht na hÉireann, which can only be changed by public vote.

Ireland rejected the treaty by 53.4 per cent to 46.6 per cent on a turnout of just 53.1 per cent. Why did voters reject the Lisbon Treaty? A large part of the reason was misinformation and outright lies. According to Lisbon’s opponents, the treaty would force the state to privatise education and healthcare. Ireland’s traditional neutrality would be destroyed and Irish soldiers would be conscripted into a European army. Some extremists even claimed that the EU would force abortion in Ireland (This was still illegal) and that children would be microchipped. Another factor was a lacklustre pro-treaty campaign. All the country’s major political parties campaigned for a ‘Yes’ vote, but they failed to sell Lisbon as well as they could.

Does any of this sound familiar? Ireland’s Lisbon Treaty campaign was poisoned by lies and hampered by a weak showing from pro-EU groups. But in Ireland, the government wasn’t content to accept the results of such a flawed vote. There would be a second referendum, and it would be very different. 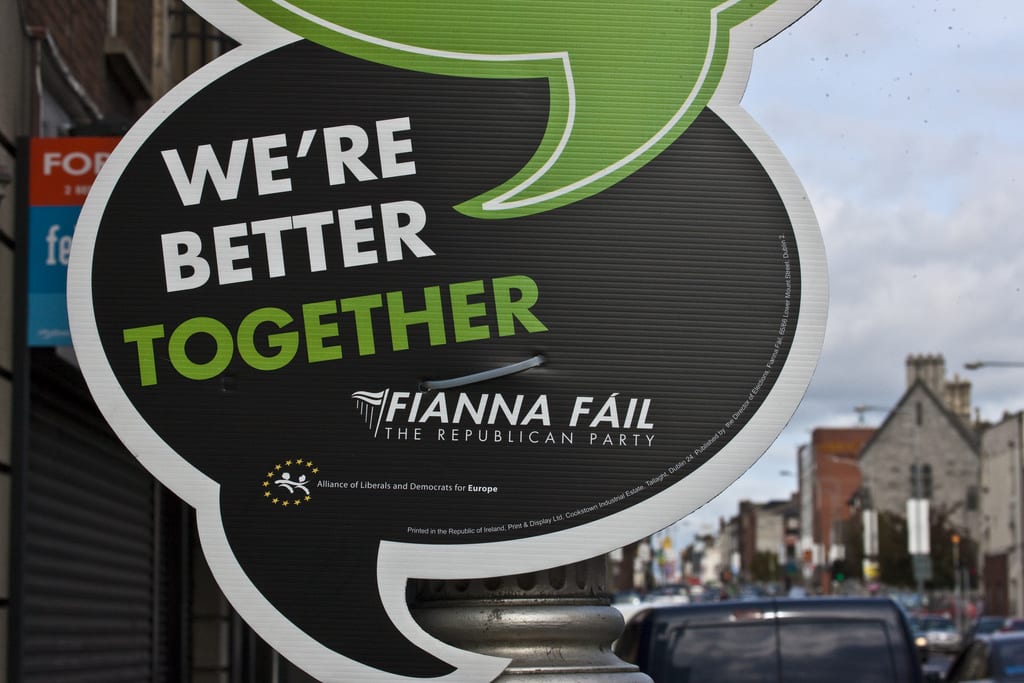 The European Union took the rare step of offering legal guarantees about the Lisbon Treaty. The EU addressed the concerns raised during the referendum, laying out in clear terms what the treaty did and what it did not do. No, Lisbon would not force privatisation or violate Irish neutrality. The treaty would not affect the state’s ability to set tax rates or interfere in family life. The madcap criticisms were answered, and the results speak for themselves.

In 2009, Ireland voted again. Turnout rose to 59 per cent and the Lisbon Treaty was approved by 67.1 per cent. Increased turnout was important in the second vote, but it is also clear that people changed their minds once they were given new information. The pro-EU parties campaigned harder and did their best to show the positive aspects of EU memberships – aspects that were right in front of them the whole time.

This was not the first time Ireland had decided to vote again following a flawed referendum. In 2001, voters rejected the Nice Treaty on a turnout of just 34.79 per cent. Misinformation and a poor pro-treaty campaign were to blame. During the second referendum in 2002, turnout jumped to almost 50 per cent and Nice was approved with more than 60 per cent of the vote.

Unlike the Brexit referendum, these were not consultative votes. In both cases, ‘Yes’ votes were legally binding. They changed the constitution and the legal relationship between Ireland and the EU. The Brexit vote did neither. The Irish government held new referendums when the original vote was distorted by deliberate misinformation. In the case of the Lisbon Treaty, the EU made binding promises to Ireland to reassure voters. Why should Brexit be any different? 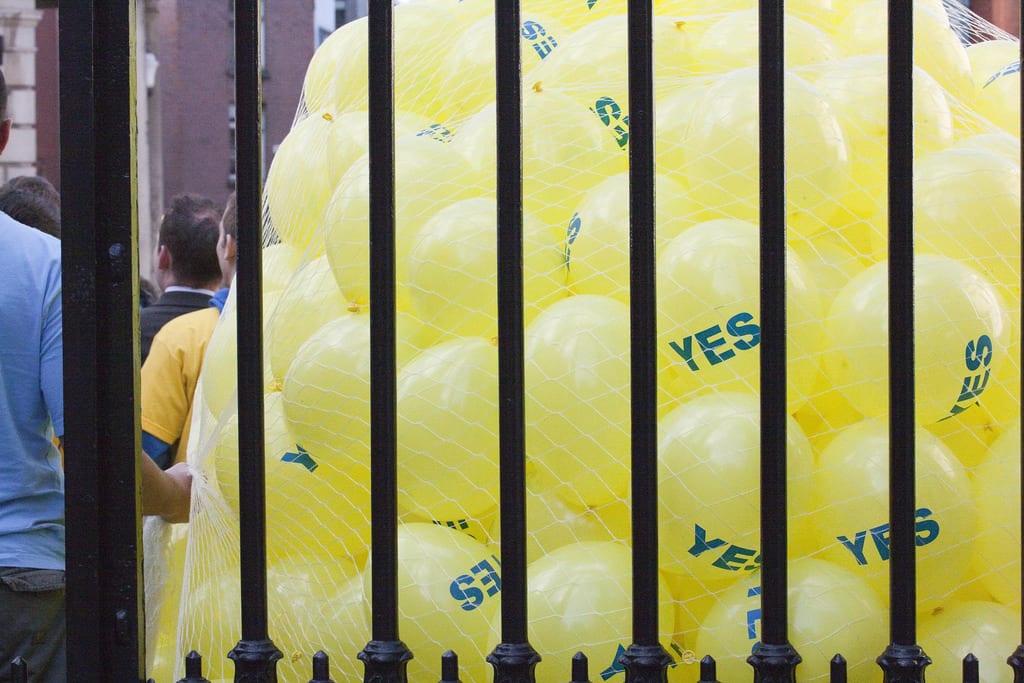 The EU could make legally binding guarantees to the UK on issues like the euro, welfare benefits for migrants and potential Turkish accession (practically unthinkable now). Just like Ireland’s Lisbon guarantees, this would just re-iterate what is already reality, but it might help to assuage some doubts.

A second referendum would be no more legally binding than the first, but if Ireland is any guide, it is likely to have a higher turnout. Turnout for the Brexit vote was 72 per cent but even a 2 or 3 per cent increase would be significant. In Ireland’s referendums, people voted clearly and overwhelmingly in favour of the EU the second time out – once the lies were tackled and a strong pro-EU campaign was mounted.

Brexit won by less than 4 per cent after a campaign full of lies (Remember the bus?) and influenced by money illegally spent. A People’s Vote could be a victory for British democracy. It could be an opportunity to make amends for a deeply flawed referendum and give voters the chance do as the Irish have done: Overcome lies, reconsider what’s being asked and give a clear, unequivocal opinion after an honest, vigorous campaign.