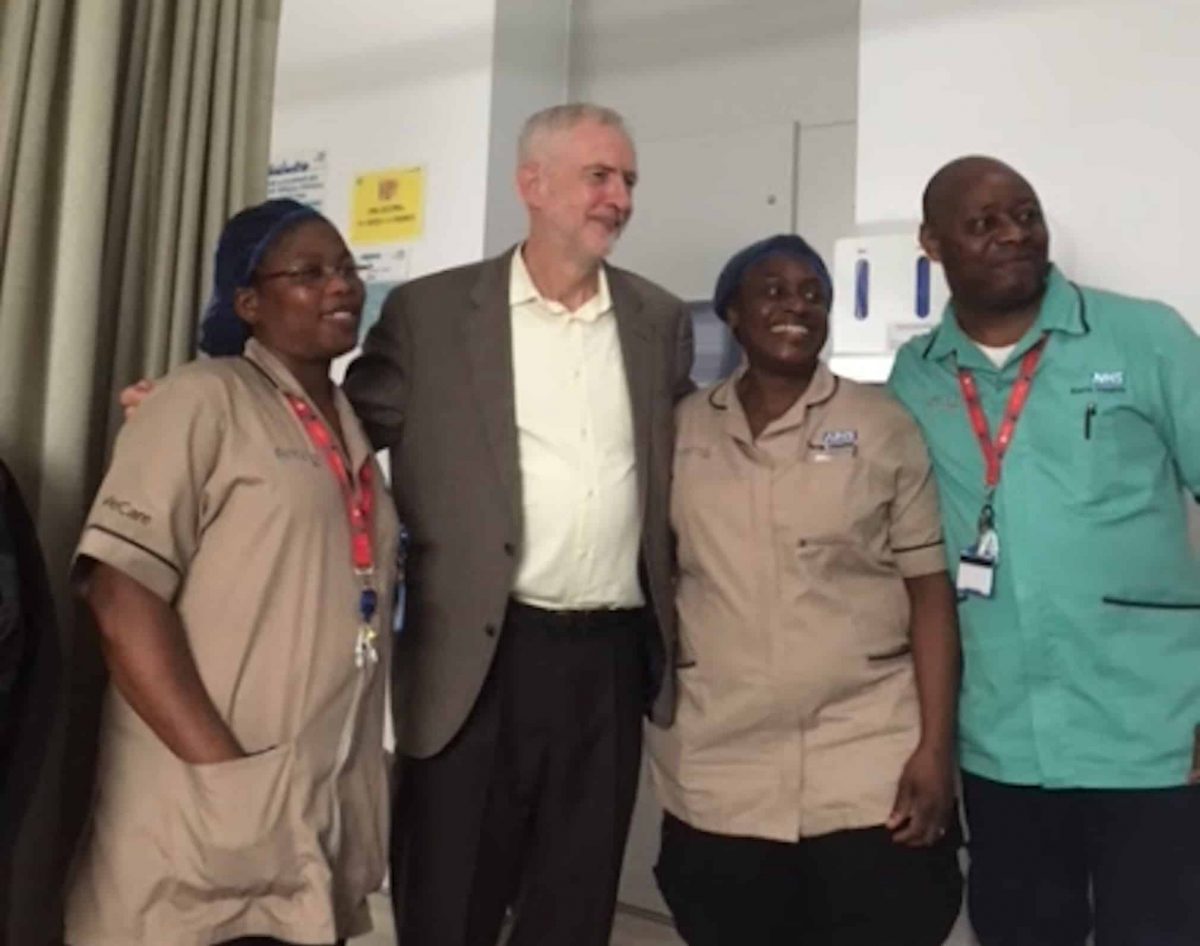 “This is a manifesto of hope. A manifesto that will bring real change. A manifesto full of popular policies that the political establishment has blocked for a generation.

“Over the next three weeks, the most powerful people in Britain and their supporters are going to tell you that everything in this manifesto is impossible. That it’s too much for you. Because they don’t want real change. Why would they? The system is working just fine for them. It’s rigged in their favour.” With these words Jeremy Corbyn announced the Labour Party’s 2019 general election manifesto.

I am writing this on the day Jeremy Corbyn launched the manifesto. It is very personal for which no apologies.

This has now become the most important election of my lifetime. I was alive when the 1945 Atlee government introduced the NHS, but was too busy soiling my nappy to have been conscious of that one.

Your vote on 12 December is as important today as it was to the voters 74 years ago. Indeed your very lives may depend on the result.

I am happy to join those who believe that the struggle for a new social order is taking place in this election and that the NHS is taking centre stage in that.

I have now had a few years of close relationship with our health service. I am alive because it is there and well aware of how much I have cost it. If I was living in the USA that cost would now be in excess of £250,000.

“In the twenty odd years I have known Jeremy Corbyn he has been consistently reliable, with great integrity, patience and an unassuming manner. He has neither the bombast of a Churchill, nor the slickness of a Blair. But are those the qualities we want in a leader today? Amid all the excitement of policy exchanges, his presentation of a leader for the twenty-first century as someone who is able to listen was possibly the most important point. Add to that Jeremy’s capacity to feel the pain of others and to share in the joy of their amelioration and you have a much better model of leadership – one which befits a modern premier much more than the one we have experienced up to now.”

Here in Britain our health service is free. At least for now.

I am also well aware of the importance of its personnel. Who they are, where they come from and the skills that have kept me alive. My brain surgeon (subdural haematoma) was Nigerian, my heart surgeon was Egyptian, my Stroke consultant Glaswegian. Today I count one of my nurses, a Filipino, as a personal friend. This is the public health service I have benefited from and which Jeremy Corbyn defends and argues for.

“It’s not just Boris Johnson’s lying. It’s that the media let him get away with it”

I am writing the week it was reported in The Guardian that the NHS is running short of dozens of lifesaving medicines including treatments for cancer, heart conditions and epilepsy. As someone who has had to take heart condition drugs my response to that news is tell me why I should not vote Labour?

Recently Michael Rosen wrote this; “I have a dream that one day I and others will walk hand in hand to the polling station and be able to vote in an election that is about the NHS, education, benefits, wages, climate change … “

On 12 December Michael’s dream becomes reality. We must all make sure that that reality does not leave us living in a nightmare.

“The one statistic that really hits home is that you’ve got four million children living in poverty in the UK and three out of every four of those have got a working parent … The scale of it is extraordinary and the fact is, people are working and still can’t survive …. Boris Johnson is a lout and a bully.”

The National Health Service is one of Labour’s proudest achievements. A decade of Tory health cuts and privatisations has pushed it to the brink. Our hospitals are crumbling, equipment is outdated, IT systems are inadequate and community facilities are neglected. There are 100,000 staff vacancies in NHS England, including a shortage of 43,000 nurses. There are 15,000 fewer hospital beds.

These are some of the urgent priorities of the Labour Party manifesto: end NHS privatization; stabilise our overstretched A&E departments; improve stroke, heart disease and cancer survival rates by providing earlier diagnosis and improved screening rates; introduce a moratorium on bed cuts; bring subsidiary companies back in-house; protect the rights of EU workers, other migrants and refugees – all of which are vital for the NHS.

With less than one in four A&E departments having the facilities to deal with people experiencing a mental health crisis, Labour have promised to invest £2 billion to modernise hospital facilities and end the use of inappropriate, out-of-area placements; improve access to psychological therapies; ensure provision of 24/7 crisis services; place the NHS at the forefront of the development of genomics and cell therapies so that patients can benefit from new treatments for cancer and dementia; establish a generic drug company with secure access to generic versions and abolish prescription charges.

The full manifesto can be found here