By Jamie Whear There are 100 million working horses, donkeys and mules in the world. They are the tractors, taxis and engines that power developing economies, working in the construction industry, carrying food and water, and transporting goods to market. It’s estimated that each animal can support a family of six, so around 600 million […] 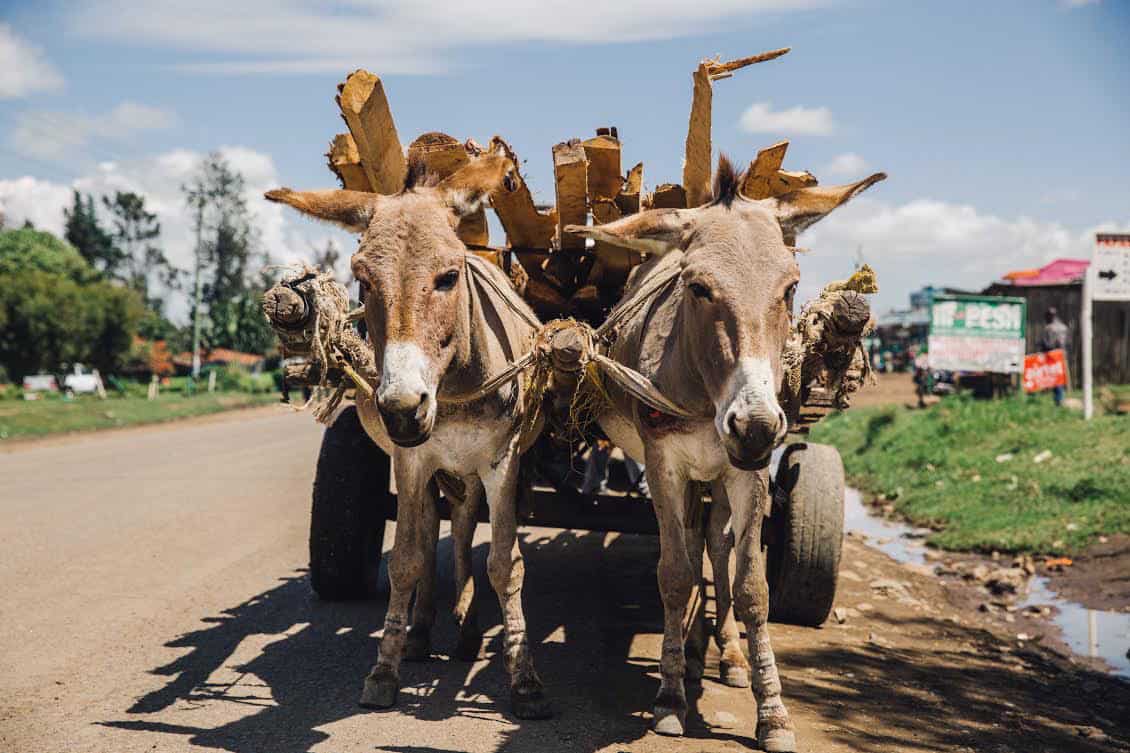 There are 100 million working horses, donkeys and mules in the world. They are the tractors, taxis and engines that power developing economies, working in the construction industry, carrying food and water, and transporting goods to market. It’s estimated that each animal can support a family of six, so around 600 million people’s lives are supported by a working equine – 8% of the world’s population. Without healthy working horses, donkeys and mules, they wouldn’t be able to put food on their tables, send their children to school or build better futures for themselves and their families. However, it’s estimated that more than half of these animals suffer from exhaustion, dehydration and malnutrition as a result of excessive workloads and limited animal health services

Brooke is an international charity that protects and improves the lives of working equines. The UK based charity works to deliver significant and lasting change, even in some of the world’s most challenging areas. Their teams concentrate on training and support for owners of owners and handlers, as well as local vets, farriers, harness makers and animal traders to improve standards of care. They operate in 11 different countries, and fund small projects in others. Brooke also conducts research, and works with policy makers to make overarching changes to the way governments tackle working equine welfare.

One of the countries that Brooke works in is Kenya, a country with almost 2 million donkeys. Around 50% of people live below the poverty line, so these animals support many people’s lives in both urban and rural areas, transporting food and fuels. Brooke has been working through local partners in the country since 2011, and opened an office in Nairobi in 2013, with programmes stretching from Turkana County in the North to Kajiado in the South. The work focusses on bringing communities together to make donkey welfare a group priority, with a financial focus.

The Kamara Self Help group in a rural location near the town of Molo, Nakuru was set up with Brooke and Farm Systems Kenya (FSK). This group was registered in 2008, with the original aim that group members would help each other through a group micro-credit (“Merry-Go-Round”) scheme. Group savings are lent out to members at low rates of interest, allowing them to buy donkeys and other items. There are around 300 members, organised into four separate groups. Each member in the group has at least two donkeys, and some have up to eight.

FSK members visit the group once a month, implementing training sessions according to a curriculum they have developed. These cover basic animal care, hygiene and first aid as well as handling skills. They also address common myths about how to look after donkeys. For example, people have little knowledge of how to prevent disease, and branding and ear cutting for identification is common.

The members are mostly women who in many cases are the main breadwinners in their family. Although as donkey owners, they are not the worst-off section of society, by UK standards they would be considered very poor. They earn money by collecting firewood from a forest in the area, and then selling it. A timber company fells the trees, allowing the women to harvest the branches for a small monthly fee, which are then carried back by the donkeys. The women have to walk an 18 mile round trip each day that can take up to seven hours, before taking into account the hours of work they need to do when they reach the forest. They do this six days a week, earning up to £3.50 per day for this work.

These earnings cover family expenditure including food, school fees, medical expenses, clothing, savings, and donkey-related expenses including de-worming, hoof trimming and other treatments. They also carry out small scale farming, growing peas, carrots and cabbages to supplement their income. One group member explained that she has just half an acre of land, so the income from her donkey is essential to her family.

In fact, several of the group members explained that the income they get from work with their donkeys was the only thing that allowed them to pay for their children’s education. One said that she had used it to educate her son, who is now studying to be a vet.

According to FSK staff, the women have come a long way in developing their knowledge of donkey welfare and in adopting practices that promote this. They mentioned for instance that group members are now much more likely to seek out professional treatment from vets, and that they have organised themselves to bring all their donkeys together for a day for hoof trimming and de-worming. The meeting was also attended by a farrier and two vets who now work regularly with this group.

Because the donkeys are so essential to people’s livelihoods, groups like this play a vital role in providing a form of insurance to make sure people don’t struggle if a donkey dies or needs medical treatment.

Brooke recently hit a key milestone, now reaching over two million working horses, donkeys and mules each year. In 2016 they also launched a new global strategy to reach even more animals, provide better support for owners, and create lasting change. To learn more and support the charity, go to www.thebrooke.org.