A young man who decided to take up fossil hunting made the find of a lifetime – just 15 minutes later. Archie Faiers, 21, was inspired by Sir David Attenborough after watching Attenborough and the Sea Dragon, and decided to have a hunt himself. He took his dogs for a walk along the jurassic coast […] 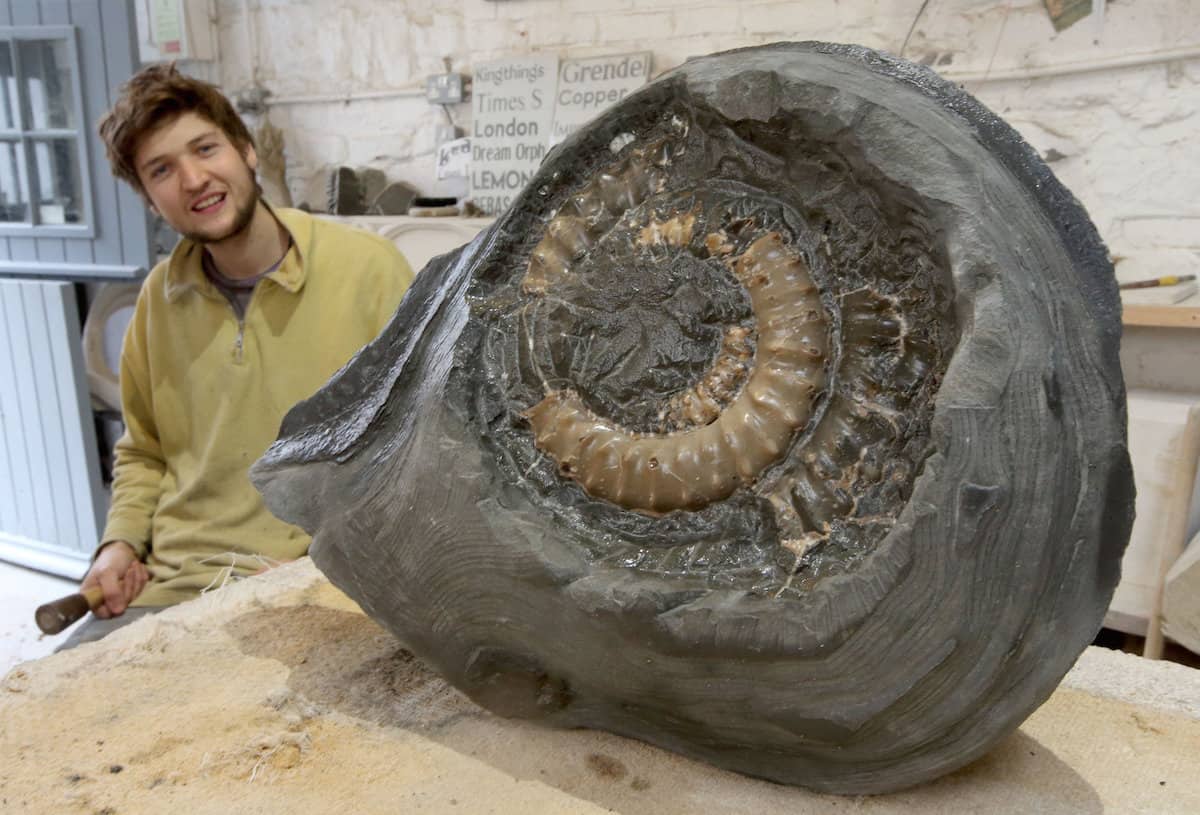 A young man who decided to take up fossil hunting made the find of a lifetime – just 15 minutes later.

Archie Faiers, 21, was inspired by Sir David Attenborough after watching Attenborough and the Sea Dragon, and decided to have a hunt himself.

He took his dogs for a walk along the jurassic coast and just minutes later Archie, from Uplyme, Devon, spotted an interesting rock in earth disturbed by a recent cliff fall.

To his amazement, it turned out to be a 190-million-year-old Microderoceras Birchi, typical of the ammonites found in that area of the coast.

Archie, the UK’s top young Architectural Stone Mason, was on the Jurassic Coast beach between Seaton and Lyme Regis when he made the discovery.

He was just yards from where Sir David filmed the recovery of a large Ichthyosaur, or Sea Dragon, which was broadcast two weeks ago on BBC 1.

Archie said “I knew we were close to the spot where the TV fossil was found, there had been an overnight cliff fall and I spotted a rounded rock on the beach.

“I knew that these rocks are the ones that could have a fossil inside.”

Inspired to have a closer look, Archie carried the heavy rock back along the beach into his workshop.

He continued: “I started to chip away at the outside off the rock and I soon realised that there was an ammonite inside.

“I’m using my traditional stone mason tools in preparing it but I need much finer tools so things are on hold at the moment.

“I’m not a fossil collector but when I’m on the cliff beaches I just keep my eyes open.”