Inspirational Sinead McCall also has a message for the gunman and said defiantly: "You did not take my life. I'm beautiful, I'm happy and I'm going to make it" 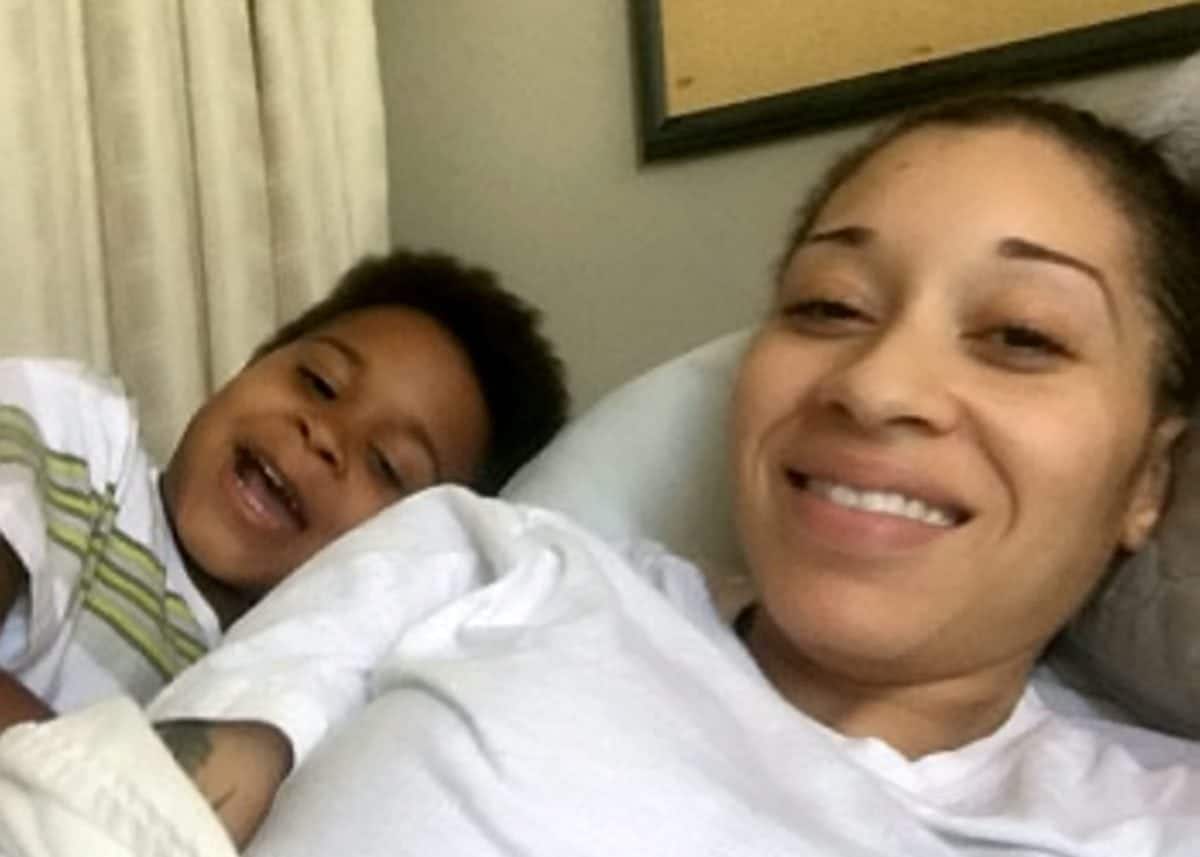 Inspirational videos show a young mom who was left paralyzed after a shooting that killed her son’s father training intensively – after she vowed to walk again.

Brave Sinead McCall also has a message for the gunman and said defiantly: “You did not take my life. I’m beautiful, I’m happy and I’m going to make it.”

The 27-year-old was blasted in the back and elbow when 11 bullets sprayed her car as she drove home after a shopping trip last April.

The hair stylist was put on life support after the shooting, which claimed the life of Kristopher Reed, 25, the father of her four-year-old son and a close friend. 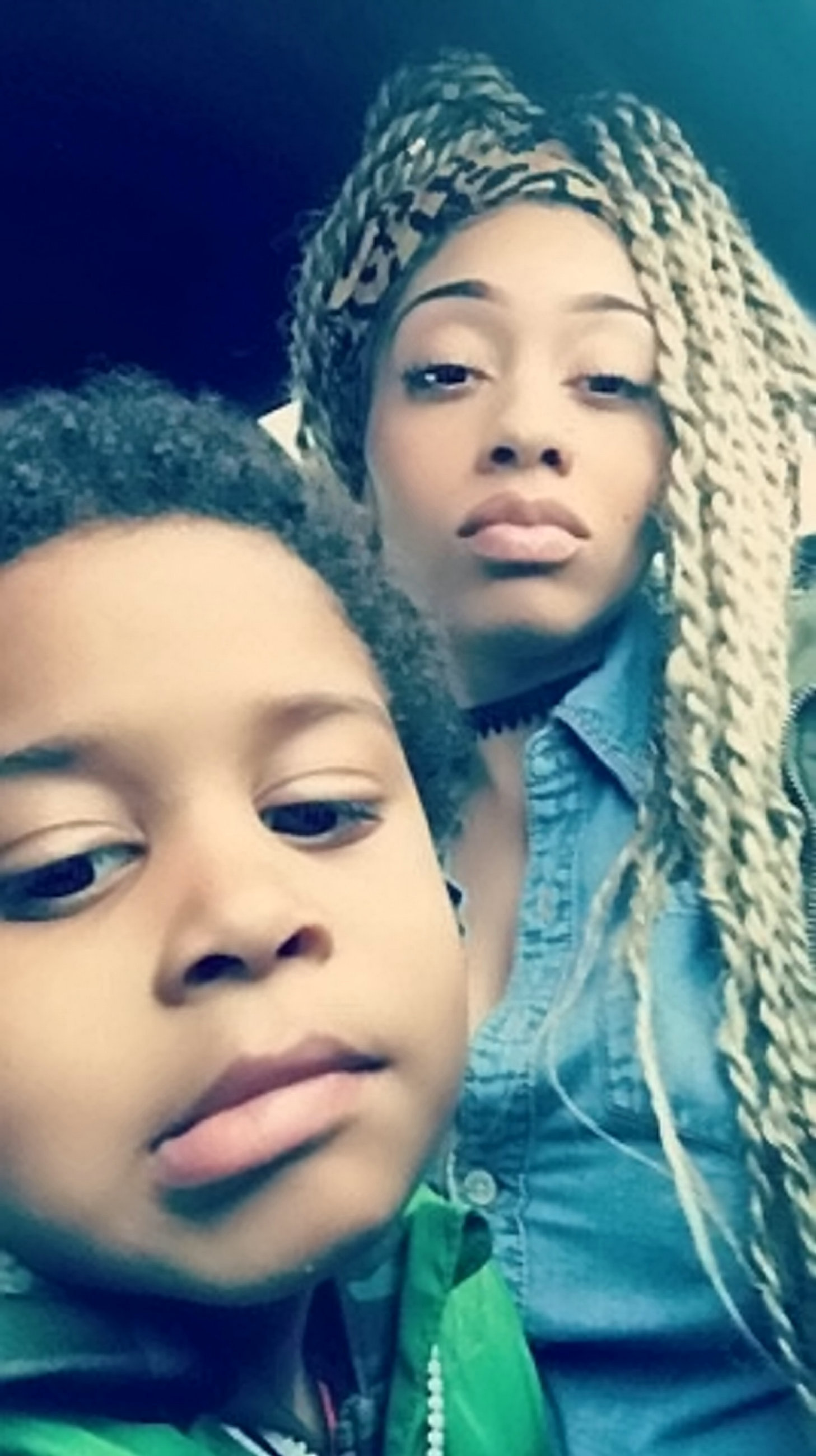 Miraculously Sinead pulled through, but doctors said she would never walk again and she was sent to a care home because her insurance would not cover physio.

But after launching a fundraising campaign Sinead – who is paralyzed from the stomach down – started undergoing rehabilitation and has made incredible progress.

She stood for the first time in October, claims she has regained some feeling in her toes following the attack and said she is determined to walk again.

Inspiring videos show Sinead, who is mom to Kristopher Reed Jr., pounding exercise machines as she works tirelessly to rebuild the muscle in her lower body.

Sinead, of Chicago, Illinois, said: “At first I felt like, ‘Why didn’t he just finish me off?’

“I felt like my whole life had been ripped out from underneath my feet.

“I was numb and depressed because I have always been so independent and I lost everything.

“Now I know that it has made me a much stronger person.

“I want the person who did this to know, ‘You did not take my life. I’m still here.’ I’m beautiful, I’m happy and I’m going to make it.”

Sinead said she and Kristopher had just enjoyed a shopping trip together in South Shore, Chicago, when the nightmare unfolded at around 11.25am on April 17 last year.

She said: “Everything felt normal. I was just about to pull away when as I was checking my rear view mirror I saw a boy running on the side of the car.

“Then I saw that he had a gun and he started shooting.

“I was screaming and crying. He shot me in the back and elbow. He let out a whole round in the gun.

“I just remember as he was shooting my son’s father was telling me to pull off and I really wish I could have but there was nothing else I could do. 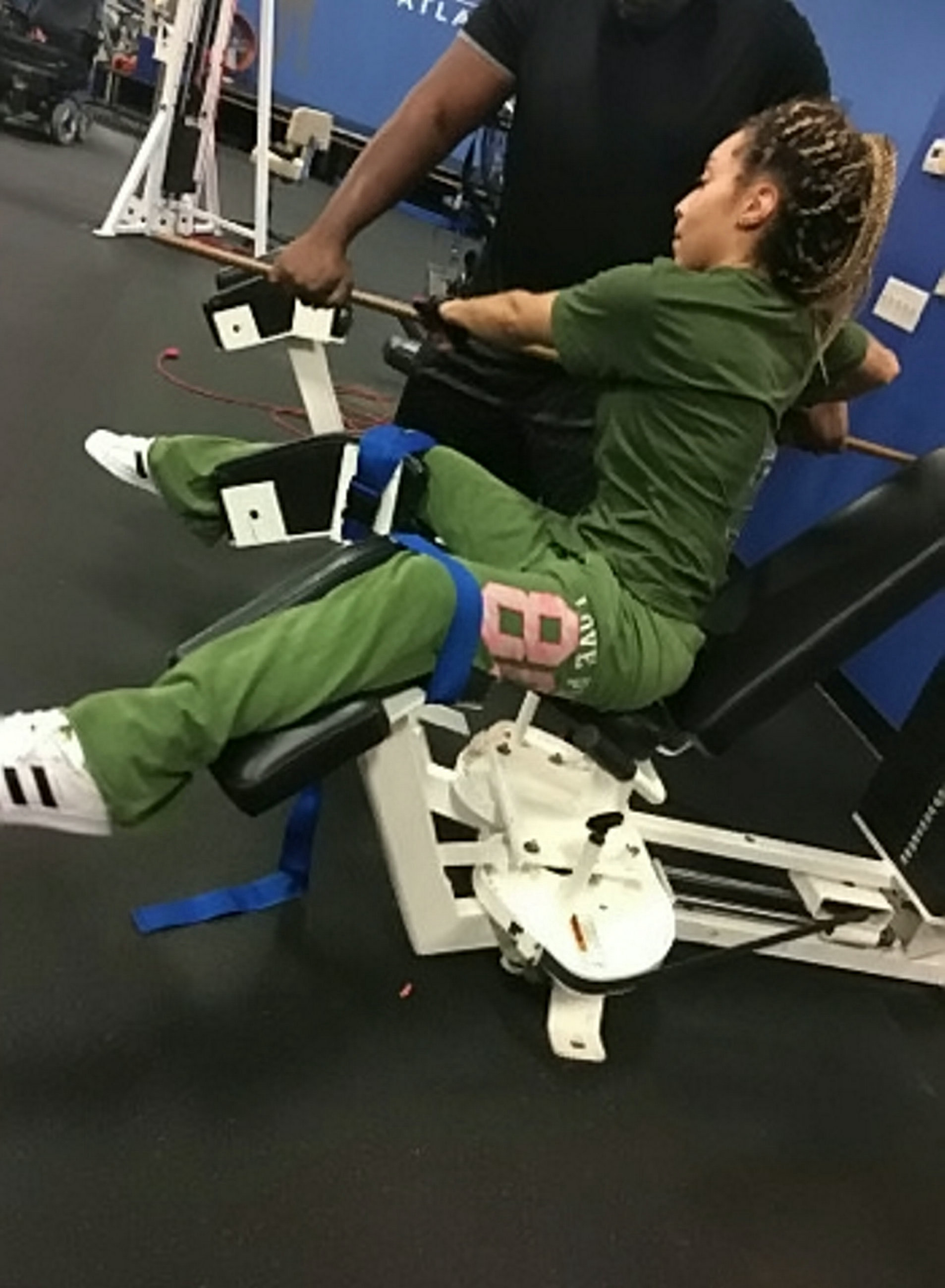 “I fell out of the car and I couldn’t move. I couldn’t get up or run.

“I watched as the life left his fathers body and blood poured out like something from a movie.

“A total of 11 bullets entered the car but I survived.”

A passerby dialed 911 and and Sinead was taken to Northwestern Hospital in Chicago, Illinois, suffering internal bleeding while Kristopher died at the scene.

She spent two weeks at the hospital where she underwent reconstructive surgery on her right elbow and was fitted with a brace to support her spine.

She was then moved to Shirley Ryan Ability lab where staff helped her start doing simple things like moving from bed to wheelchair. 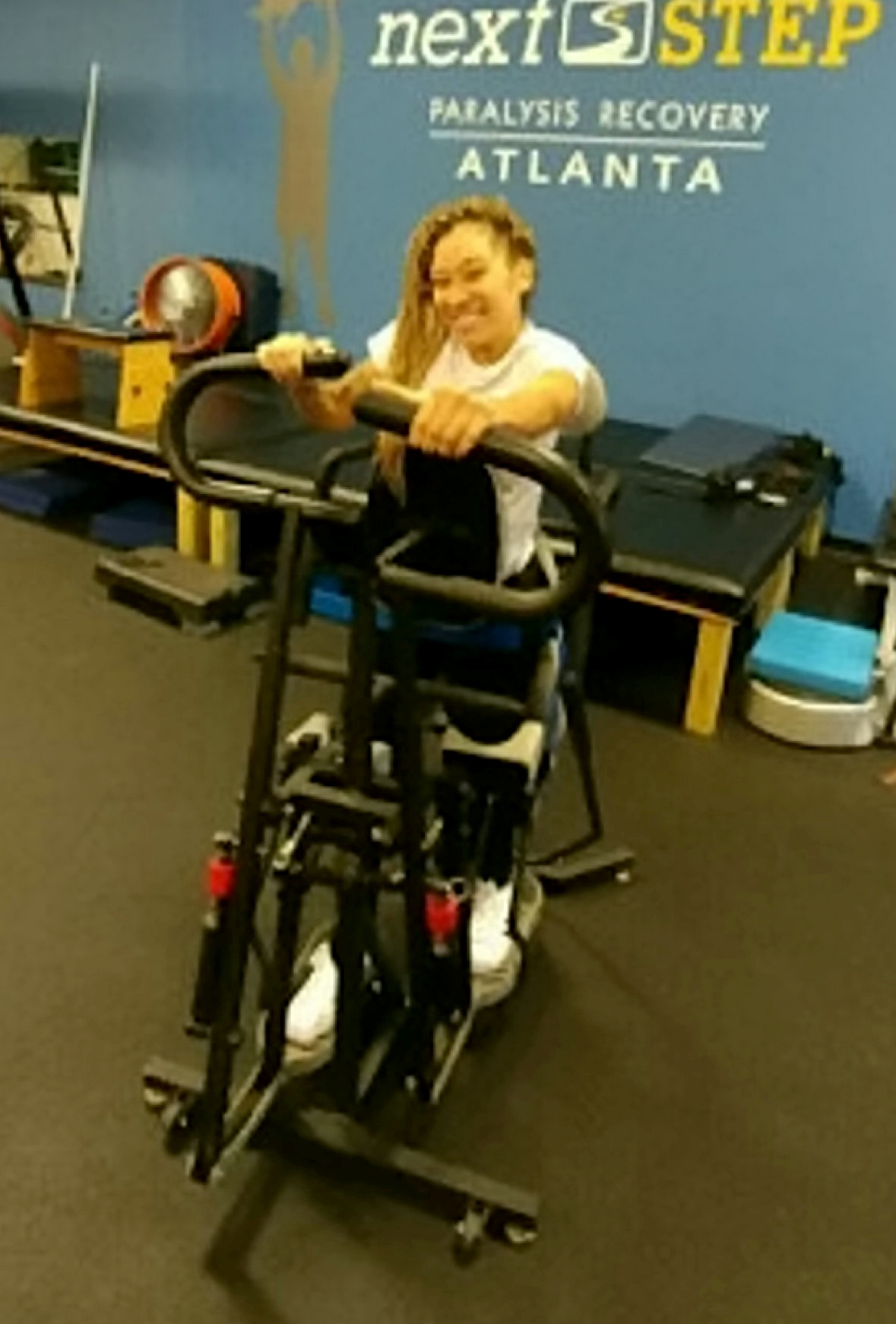 She added: “When I was in hospital a doctor came into my room and said, ‘You won’t be able to walk again.

“I said, ‘Get out of my room. You can’t tell me that.’ I was angry and sad but the one thing I definitely felt was that I was not going to let that happen.

“Every day I do therapy I just keep on telling myself, ‘Just push.’ It is a day by day thing but slowly and surely I am making progress.

“I am a warrior and I am going to get through this.”

Sinead’s rehab costs $85 an hour and isn’t covered by her insurance so she is raising money to cover the cost of the intensive therapy. 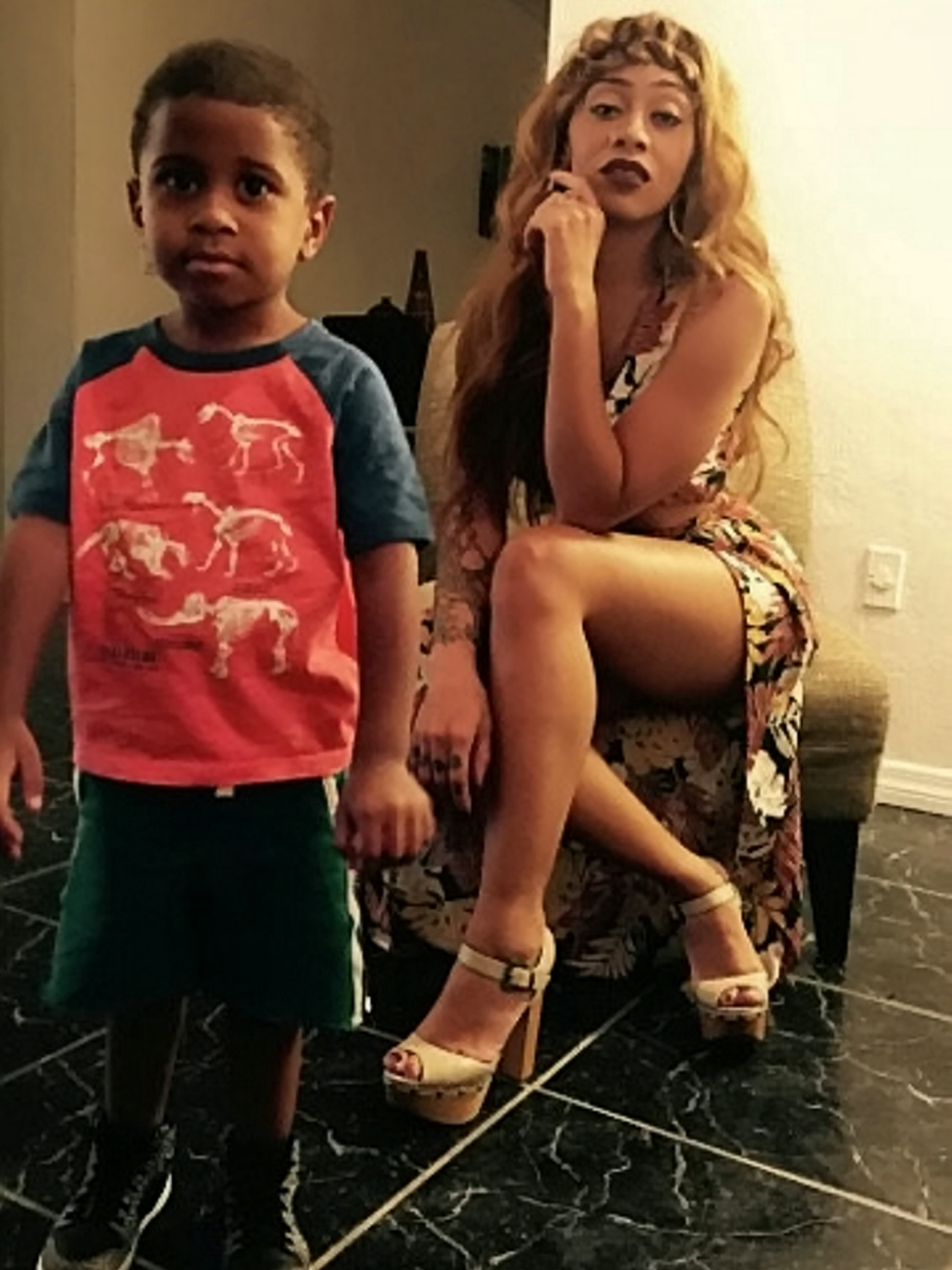 On her fundraising page she wrote: “I want my son to know I’m still his hero and I’ll walk again.

“I want him to know those nights he woke up crying saying ‘mommy I saw you walking’ will happen again for me.

“I want my son to remember that vibrant woman I was. So here I am asking for help.”

The alleged shooter is currently being held on bail of $1million and is charged with first degree murder and attempted murder and aggravated battery.